TEDxGrandBoulevard is an independently organized, nonprofit event operating on an official license provided by TED, the idea-generating nonprofit organization. This half-day event will host a series of talks highlighting the many seeds being planted and harvested to bring to life the innovative ideas and movements coming from the historic Grand Boulevard. Movements and ideas that are not only impacting our area, but are also reverberating across the nation, and perhaps even the world.

In the 1940s and 1950s, Grand Boulevard was the major thoroughfare that ran through many South Side communities in Chicago, including a renowned area that became known as the Black Metropolis. The community, which was eventually named “Bronzeville” was a bustling area where residents from the Great Migration settled as they sought refuge from the Jim Crow South. A thriving center for successful black businesses, civic organizations, and churches, Bronzeville was in every way “a city within a city.” A large number of black intellectuals, politicians, sports figures, artists, and writers, including Ida B. Wells-Barnett, Richard Wright, Nat King Cole and a young Quincy Jones, made their homes in Bronzeville; helping to solidify it as a cultural mecca. The loss of stockyard and steel mill jobs, as well as the loss of numerous black-owned businesses, sent the community into economic decline. "Along with a poverty rate of two thirds by the 1990s, this area contained the densest population of public housing in the country" (Encyclopedia of Chicago).

Paying homage to where this community has come from and looking forward to where it's going, the theme of this inaugural event is Onward. Renamed Dr. Martin Luther King, Jr. Drive in 1968, Grand Boulevard is witnessing yet another a renaissance and now spans Bronzeville and several other South Side neighborhoods. This community is being bolstered by a resurgence of thriving black businesses and the return of black, working-class families putting down roots to raise families in this history-rich environment. Covering topics from community revitalization and finance to architecture and media, TEDxGrandBoulevard will feature distinctive voices near and dear to Chicago's South Side and host a lively conversation on how this community is building from the past with their hearts and minds faced onward.

When her parents bought her a PlayStation and Final Fantasy VIII on her eleventh birthday, the opening cutscene changed Ashlyn Sparrow’s life forever. From that point on, she’s been drawing fantasy characters and maps, designing small games, and tinkering around with computers. Today, as the Assistant Director of The University of Chicago's Weston Game Lab, she works closely with researchers and faculty to lead the development of serious games, interactive learning experiences, and digital media art with and for youth.

As seen on CNBC’s “The Job Interview,” Chrishon Lampley is a négociant, wine enthusiast and founder of LCS Entertainment, LLC that features Love Cork Screw wines. Love Cork Screw is a lifestyle brand that launched six varietals in the fourth quarter of 2013, along with wine scented candles. Lampley leverages her platform to mentor young women and budding entrepreneurs. As she aims to break glass ceilings, her hope is to inspire and encourage at least one person to do the same. Never stop. Never settle.

Lee Bey is a Chicago-based photographer, writer, lecturer and consultant. His work documents and interprets built environments and the political, social and racial forces that shape spaces and places. A former Chicago Sun-Times architecture critic, Bey’s writing, reporting, and photography on architecture and urban design have been featured in Architectural Record, the Houston Chronicle, Crain’s Chicago Business, WBEZ Chicago Public Radio, Fox News Chicago, Architect, Chicago Architect, Old House Journal, Cite (magazine), Bauwelt, and Modulør. Bey also served as Deputy Chief of Staff for Planning and Design for Chicago Mayor Richard M. Daley and was involved in a variety of issues that ranged from housing developments to architectural preservation from 2001 to 2004.

Leon I. Walker, Esq. has spearheaded cutting-edge community development projects that have generated thousands of new jobs, and brought grocery stores and health care services into the food and health care deserts on Chicago’s south side. Over the next 10 years, his vision is to help create 10,000 jobs and 10 million square feet of new commercial space in Chicago’s neighborhoods. Mr. Walker is at the forefront of economic development, utilizing new financing tools and blended funding streams. During his career, Mr. Walker has structured more than $100 million in New Markets Tax Credits (NMTC), including the award-winning Roseland Medical Center, which was the first project to finance new construction with NMTCs in Chicago. He was also the first Chicago developer to use crowdfunding for new construction as part of the capital stack for the nationally recognized Englewood Square retail center, anchored by Whole-Foods

Leslé Honoré is a Blaxican Poet, artivist, and author of Fist & Fire, a collection of powerful, unflinching poems that confront issues of social justice through the lens of real human lives and voices, and dive into the flames of love within the context of a relationship. In her poetry and life she works to empower youth to find their voices through the arts, and inspire people to stand in the gaps that social, economic, and racial inequities create. Leslé challenges readers, inviting them to think, feel, and consider how to create spaces where everyone can thrive. She hopes that through her work she can help give voices to people who are often silenced, unheard, and feel invisible. Her pieces about Serena Williams and Doria Roberts went viral on social media and expanded the reach of her work to an international audience.

To grasp Monika Black’s resolve, picture a high jumper soaring above a 6-foot, 2-inch bar in NCAA Division I track and field competition. Now picture Monika doing so, standing a mere 5 feet, 4 inches tall and earning All-American status four times while at the University of Michigan. Monika (Mo-NEE-ka) has long since hung up her track shoes. But she has never stopped striving. She proceeded to earn master’s degrees in clinical psychology and health administration at Ohio State University, then a doctorate in community psychology at DePaul University. She worked at one of the top-rated hospital systems in the country before launching two businesses, including TandemSpring, a management consultancy that assists startups, established companies, and nonprofits with program design and development, strategy and operating plans, and coaching; DyMynd, a boutique enterprise focused on helping financial institutions forge stronger relationships with female clients.

Renetta McCann is the chief talent officer at Leo Burnett, where she leads the agency’s people & culture department with oversight of the agency’s U.S. recruitment, training, benefits and talent development. McCann began her career at Leo Burnett and later served as CEO of Starcom MediaVest Group Worldwide and Chief Talent Officer of VivaKi. She worked as an executive coach and organizational change consultant before rejoining Leo Burnett in 2012. McCann holds an M.S. in Learning and Organizational Change from Northwestern University, where she also became an adjunct faculty member in 2016. She was named one of the “100 Most Powerful Women” by Forbes and a woman to watch by both Fortune and The Wall Street Journal. She serves as an honorary trustee for The Ancona School and is a former board member of Chicago Public Media. 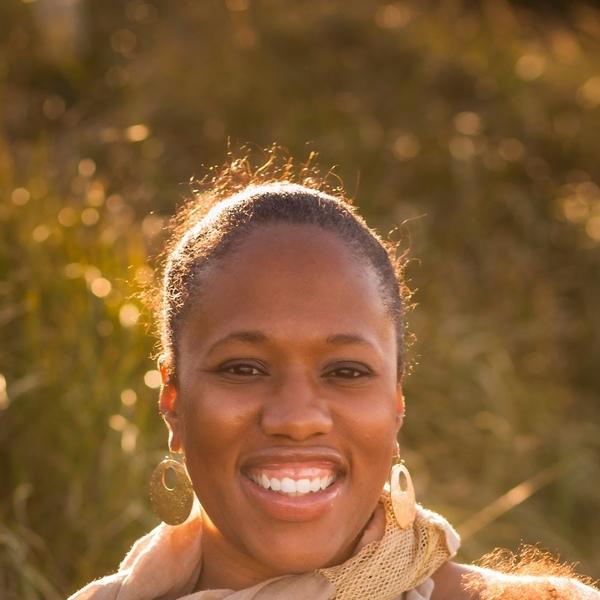