The idea of ‘R3’ is to promote a basic yet powerful concept-cycle of Relieve, Reboot and Relive. While people are putting in all their strengths to achieve their personal goals, sometimes it is more necessary to relax and let-go for a while, and hence, relieve. One must not forget to give themselves a chance to revisit and analyze what went right/wrong, understand the rationales and most importantly, interpret the environment, and therefore, reboot. Finally, an individual’s zest to learn new experiences and develop an innovation-driven mindset should never be subjected to suppression as a result of internal rigidity towards accepting change. One must always learn to adapt and relive. Its larger impact would be felt in better employability, positivity in attitude, empowerment of spirit (i.e. thought, emotion, action) the inclination to adapt and to renew.

A seasoned executive and entrepreneur with over twenty five years of experience in both entrepreneurial ventures and large corporate organizations. An affable person with a passion for excellence and a commitment to ethical conduct, Mr. Singh leads the Clove Dental team as its founding CEO Mr. Singh holds an MBA (honors) from Harvard Business School, a master’s degree in System Design Engineering (Gold Medalist) from University of Waterloo, Canada, and a formal degree in Mechanical Engineering. Prior to founding Global Dental and Clove Dental in India, Mr. Singh ran a supply chain software company based in San Francisco, California. He has worked as Senior Vice President at SAP with global responsibility for SAP’s Supply Chain, Manufacturing & Product Lifecycle products collectively, and worked in senior management roles at Procter & Gamble, Warner Lambert (Pfizer) and as a consultant with Bain & Co in Toronto Canada.

Founder and CEO/Distiller at Nao Spirits

Anand Virmani is the first craft gin distiller in India. He has previously worked with Whisky majors, William Grant & Sons and the Cognac house of Remy Cointreau in India and spent some time in between in the vineyards of burgundy while pursuing a formal education in Wine. He has since helped open three Wine, Coffee and Cocktail bars in New Delhi while also moonlighting as a Whisky ambassador. He has now launched two Gins in India – GREATER THAN, a London Dry Gin, and HAPUSA, the world’s first Himalayan Dry Gin.

Mr. Bhaichung Bhutia is the former Indian Captain and Football Player. Nicknamed as the sikkimese sniper for his shooting skills in football, Mr. Bhaichung is the torchbearer of Indian football internationally. He won an SAI Scholarship to attend the Tashi Namgyal Academy in Gangtok and played for several school and local clubs in Sikkim during his young age. In 1999, he became the first Indian footballer to sign a contract with a European club and only the second to play professionally in Europe. His international footballing honours include winning the Nehru Cup, LG Cup, SAFF Championship three times and the AFC Challenge Cup. He is the recipient of the Arjuna Award and the Padma Shri among his many other accolades. Even after announcing his retirement, he is still contributing to Indian football through Bhaichung Bhutia Football Schools in Delhi in partnership football by Carlos Queiroz and Nike.

As the Head of International Sales at SILVERPUSH, his main focus is to develop business for Artificial Intelligence & TV Sync technology-based products for branding & E-commerce. His life at SILVERPUSH is doing a variety of things but being able to grow a world-class organization. Although a salesman by nature and highly competitive, he maintains a great work-life balance. With the motto : “be brave enough to be bad at something new”, Manan also loves Console Video gaming.

Journalist and Mommy who juggles.

Sarah Jacob is the anchor of the ‘We the People show’, one of NDTV’s flagship programs that air at Prime Time 8 PM every Sunday. Previously, Sarah has been the US correspondent for New Delhi Television. She has covered both the 2008 and 2012 Presidential elections. Sarah graduated on a full scholarship from New York University with a Master’s degree in Broadcast and Documentary Journalism. Her undergraduate degree is from Lady Shri Ram College, University of Delhi. She is the mother of two high energy girls and an even higher energy 5 year old boxer.

Curator at Euphonic Yoga and Her Divine Dance

Being born in a musical family, Shruti always found classical music enthralling. Her exquisite taste in Indian classical music encouraged her to come up with a unique idea of ‘Euphonic Yoga’ and was taught the foundation of it under the tutelage of Morarji Desai Institute of Yoga Sciences under Ministry of AYUSH. In a short period of time, her production Euphonic Yoga has travelled across Europe, Taiwan & Sri Lanka with skype learners in USA and across covering 15,000 plus learners to infuse innovative techniques to help them to stay healthier and deliver better. Recently, Shruti has been honoured as Member-CID at UNESCO. Her research, workshops and performances on seven chakras has cured and balanced many medical conditions all over the world.

Over the past decade, Shweta has led the innovation & data monetization strategy at several Fortune 100 companies in the United States. With a specialization in Big data strategy from MIT and as a Singularity University Fellow specializing in the application of exponential technologies, she currently serves as the Innovation & Data Monetization Adviser for several technology start-ups in the Silicon Valley and India. With her latest venture Cartedo, she is bringing her data expertise to transform education through an experiential learning platform developed by a team of data scientists and design thinking experts from MIT, Harvard and the Hasso Plattner school.

By education and past experience, Tanya is a Masters in Business Administration and Teacher for international exams (SAT, GMAT). For the last 3+ years, she has successfully run a blog www.wellthyfit.com where she along with other fitness enthusiasts and experts writes about fitness, mental health and motivation. She has actively pursued her zeal for health and wellness through yoga and running for the last 8 years now. She is the Co-Founder of Shed It Run – a strong group of 13 women runners/ cyclists/ swimmers who urge women to shed their inhibitions in sports and fitness.

Vivan Marwaha has spent the last two years interviewing more than 800 millennials, educators, business leaders, and policymakers for his forthcoming book on the economic aspirations, social views, and political attitudes of Indian millennials. Through his extensive field research, which included travelling across more than 30,000 kilometres in 13 Indian states, Vivan narrates an intimate and data-driven biography of India’s most dynamic generation. A prolific writer, he has contributed op-eds to The Washington Post, The Times of India, Mint, Firstpost, and The Print. His book will be published by Penguin Random House in Spring 2020. 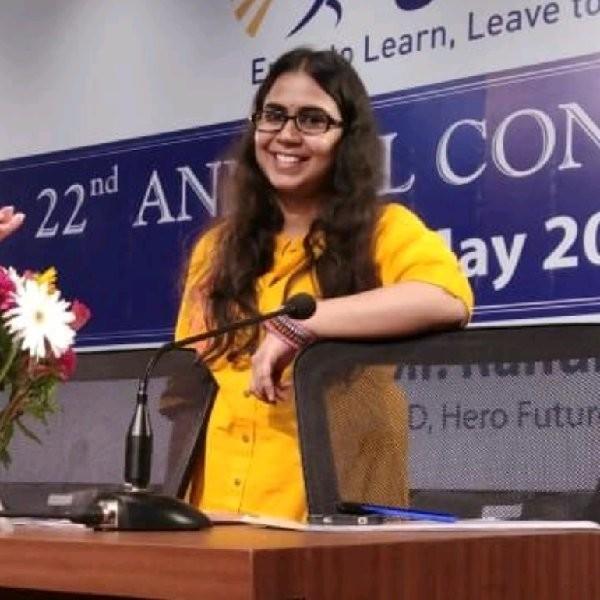