The world is advancing faster than ever, where paradigm shifts occur every few decades instead of centuries, which means it’s more important than ever to anticipate future, be prepared and embrace the new shifts in technology and thinking.

At TEDxBonnSquare we’ll be looking forward at the most important future trends and advancements in health, technology, design and culture, and through our speakers and story-tellers, bring together the most cutting-edge research and ideas.

The theme for TEDx Bonn Square 2019 is ‘Think Forward’.

Alasdair Ross joined The Economist Group in 2001 and became the founding editor of Risk Briefing, a new service dedicated to measuring and analysing business risk in major markets around the world. He took charge of The Economist Intelligence Unit’s digital division, subsequently leading the company’s product development and innovation function, adapting a long-established institution to a rapidly changing business environment.

Billy Khan is a survivor of a double murder, overcame cancer twice and is a mother of two young children - experiences that changed her life. As Billy Khan writes, ‘I was born in Oxford, in November 1975 to middle-class parents. In late teens, my family went through a horrific ordeal where we lost our loved ones in a house fire. I was no longer a normal 19-year-old undergraduate but a victim amongst many members of the family where my life changed dramatically overnight. The journey of justice being served while looking for a way to live again and be that 19-year-old with no worries, fears and feeling safe was no longer an option for me. Just when I had a grip on my life returning back to University and knew where I wanted to head, I was hit with Cancer not once but twice, I became the resilient Billy that carried cancer inside me while completing my University exams. My journey of life has made me who I am today and no textbook or anyone was able to help me apart from myself and the direction I took.

Cyrus is the founder and CEO of SwissBorg, a unique, community-centric, wealth management ecosystem. A multicultural fintech professional with more than a decade of experience in asset management and algorithmic trading, he has applied his analytical skills towards building one of the Top 10 Swiss ICOs. His blockchain-based crypto wealth platform successfully raised 50M CHF during its ICO in 2018.

Daniel is a product scientist, with a ridiculous bias to action and an unflappable belief that meaty problems can be solved through repeatable processes and a dash of grit. He's run multiple businesses, built diverse interdisciplinary teams of designers, data scientists, financial experts and engineers. He's launched successful AI products at huge organizations and lectured in front of crowds of thousands.

David Benigson was named to Forbes’ 30 Under 30 Europe list for 2017, pinpointing leaders who are changing their industries. He founded his startup Signal in 2013 with a simple mission: to use cutting-edge artificial intelligence to cut through the ever-increasing volume of information noise. Led by him, Signal has won numerous awards including, KTP Best Partnership 2015, Bloomberg Business Innovators 2016 and New Business of The Year at the 2017 National Business Awards. Signal uses artificial intelligence to monitor millions of new sources and deliver hyper-relevant news and niche stories to executives in real-time. Last year David was able to complete a nearly $7 million funding round last year for Signal led by MMC Ventures and Hearst Ventures. He speaks regularly on AI, new media, SaaS, startups and fundraising, and fake news and is highly knowledgable in the AI field.

As a parenting specialist, Director of The Parent Practice, and author of the best-selling book ‘My Child’s Different’, Elaine helps parents raise competent, confident children, and find the holy grail of parenting - Keeping calm! She faced the challenge of parenting her son, who being wired differently and with undiagnosed learning difficulties, by age seven, had been excluded from three schools. He experienced failure at a young age and was written off by society. However, through the use of life-changing positive parenting skills, her son’s self-worth improved & he finished his schooling as Head Boy. He is now an intrepid entrepreneur with resilience, grit & an ability to bounce back in the face of adversity. Her mission is to impart her knowledge to other parents, to ensure their ‘different’ or ‘difficult’ children survive and thrive in their educational years and beyond.

Joseph works as a Cyber Security specialist and consultant with financial institutions and online highstreet retailers to discover and remediate vulnerabilities in web applications and websites. Joseph works with key stakeholders, helping them understand the ease with which systems and websites can be compromised. To date, Joseph has exposed 1.2 billion records of personal data, purchased over £150,000 of goods for 1p and remotely switch off critical systems for online businesses.

Crowdcube, a pioneer and leader of the equity crowdfunding industry. Luke regularly provides comment to the global media on entrepreneurship and industry trends and has been named by Debrett’s as one of Britain’s 500 most influential people and was selected as one of The Sunday Times ‘Maserati 100’ game-changing entrepreneurs.

Peter Bannister has held senior executive positions in multiple high-tech university spin-outs, has over 15 years’ experience translating novel imaging technologies from lab to market and advising companies working in fields such as AI and minimally-invasive surgery. He holds a DPhil in neurological imaging, has developed machine learning for jet engines with Rolls Royce, is a Fellow of the IET, Chartered Engineer and an Academy of Medical Sciences Future Leader in Industry, Enterprise and Research.

Rachael Treharne is a climate change professional with a scientific background researching climate change impacts where warming is progressing faster than almost anywhere else - the Arctic. Increasingly alarmed by continued political inaction on climate breakdown, and by what she perceives as a broader society-wide struggle to accept the implications of the climate and ecological crisis, Rachael Treharne joined the Non-Violent Direct Action civil protest organisation Extinction Rebellion earlier this year. As a first-time activist with a professional and personal commitment to the mainstream, non-activist methods of tackling climate change, she now writes and speaks about why Extinction Rebellion is so important to breaking the deadlock on climate action, and why she feels the decision to ‘Rebel for Life’ is the right one.

Ryan Howe is an award-winning multi-disciplinary designer and brand strategist, originally from Wales he currently lives and works in Oxford, UK. In 2014 after a diverse career in the creative industry, working in agencies with some of the world’s most recognisable brands, he founded his own studio - Monchü.

Wasim Ahmed is a qualified Pharmacist, keynote speaker, collaborator, businessman, entrepreneur, NLP practitioner, life and business coach and serial entrepreneur who has co-founded and is running scores of businesses simultaneously in UK, Africa and Pakistan. 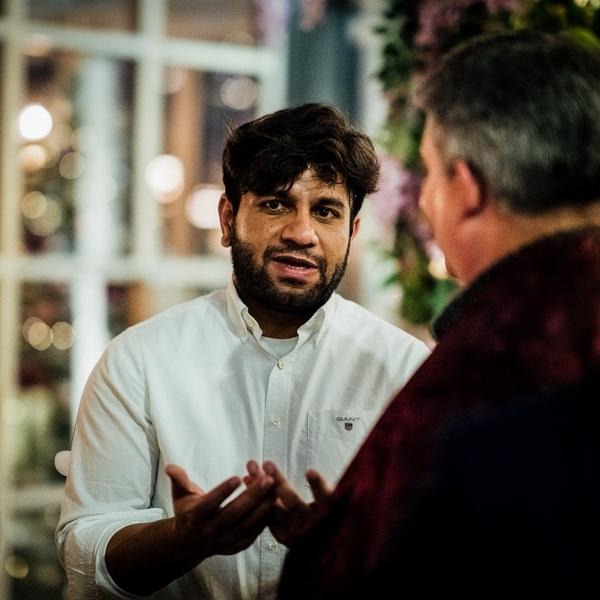 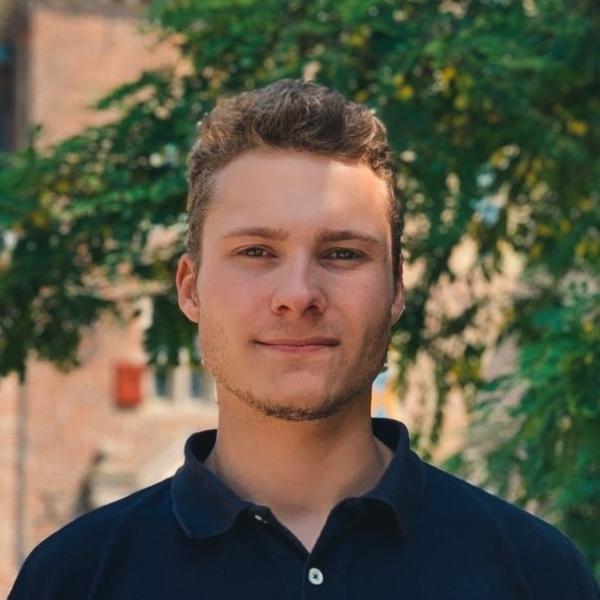