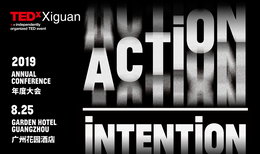 What one does is what counts. Not what one had the intention of doing.
— Pablo Picasso

Amidst many uncertainties, one thing we can safely say is that most of us have good intentions. But are good intentions enough? From every new year's resolution to all those would have, could have, should have, moments. When we fail to act, we feel the frustration, we miss an opportunity, we suffer the consequence.

A stationary car with a tank full of gas won't go anywhere on its own. We need to get behind the wheel.

It's action that moves us forward.

At TEDxXiguan 2019, we are inviting you to act on your best intentions.

Born and raised in the UK, Cameron Hack was passionate about travelling from a very young age. When he started to work in China, he was in awe of what this country has to offer. Through a side project “Humans of China”, Cameron Hack is exploring the diversity of China, one picture (and a story) at a time. Inspired by another project “Humans of Hutongs”, Cameron decided to start his own series, adding a new layer of stories and details. It is when working on this project that Cameron realized how diverse China is, “maybe myself or others will never really be able to comprehend all these, but I want to give it a go!”

Claire Lin, project manager of "BREW BY HEART" and "Improvement of Art Therapeutic Ability of Old People Living Alone". She's devoted to the innovative employment for the handicapped and spiritual care for the elderly because she holds the view that everyone has their abilities and values and is willing to take creative actions to promote integration and sustainable development.

Graduated from the school of architecture, Wuyi University, Cyrus Li enjoys rushing about in the field wearing boots and straw hat tied around his neck. He looks like a real peasant, which do not match his job as an architect. As the key member of "Cangdong Project" in college, he participated in Kaiping Rural Heritage Conservation Project to help villagers repair and conserve the Diaolou and villages. After graduation, he dedicated himself in the rural areas. As a co-founder, he transformed the closed mechanical factory into an international youth hostel, Tangkou International Youth Space (also known as Tangkou Space) in the old market of Tangkou, Kaiping. “Tangkou Space” is not only a hostel, but also an important public place to activate local communities, connect locals with outsiders, and promote local culture brands to an international market.

Denis Bastieri is a Physics and Astronomy Professor at the University of Padova. He has been selected for Thousand Talents Program Distinguished Professor at the Center for Astrophysics in Guangzhou University. His main interests lie in High-Energy and Multi-Messenger Astrophysics, in particular using Low-Power Computing and High-Throughput Computing to deal with Big Data.

Professor Donglin Ren is a doctor of medicine, doctoral tutor and a professor of surgery at Sun Yat-Sen University. In 2018, Professor Ren's team used a biological patch material developed from the small intestine of the pig to “repair” the “hole” of a patient's rectum. This was the world's first successful case in rebuilding human rectum with a biological patch from pig's small intestine. In his spare time, Professor Ren loves writing and travelling. He believes that medicine is a science where humanity is also important.

Ergao was born in Yang Jiang, a small town in Guangdong Province. Graduated from APA, Hongkong, he is a multi-media dancer and choreographer who works across dance, film, installation and other creative media. He founded ErGao Dance Production Group (EDPG) in 2007 in Guangzhou, with a focus on dance theatre, dance film, community art, and dance education. He uses the body as a site of artistic investigation to explore Chinese social and cultural identities, sex, gender, and other social problems through interdisciplinary practices. Selected works: Disco-Teca adopts 80s disco culture to invite the audience to explore their identities that are in a constant of flux. This is a Chicken Coop investigates the interactive impacts between urban development and rural places through our shared memories with chickens and childhood.

She believes that food is no longer just an object to maintain life or to fill one's appetite, but also a special medium to carry identity, memory, and civilization. Food design is a process of cognition awakening - to explore the relationship between human and the world by reconstructing how human live with food. Jelly graduated from St. Martin's Narrative Environment and Innovation in the UK. She's been devoted to food innovation study and design. Her works include the Whispery Savoury multi-sensory experience project co-launched with Crossmodal Research Lab, Oxford University, and food campaign projects like "Opening the World's Important Topics with Food" and so forth. She was awarded MullenLowe NOVA for Innovation and was invited to participate in London Design Week.

He puts his focus on waste sorting and management. He entered the environmental advocacy in 2009 when people protested against the construction of a new waste incineration facility. He advocates for zero-waste communities, connecting the government, businesses and communities, encourages public participation and studies a sustainable way forward. Jianming Luo is the founder of Eco-Canton, he asks more people to join the work of protecting the environment, make Guangzhou more livable.

Maria Rosa Lourens was born in the coastal city of Durban located at the west coast of South Africa. She has lived in South Africa, Algeria, England, and China. Wherever she goes, she observes local culture and politics, as well as the arts and music. Through these changes in the cultural environment, she realizes how some mothers are still educating their daughters to adapt to the past, rather than the future.

Members include Baozi (Vocal/Guitar), Kailong Liu (Guitar/Synthesiser), A Gai (Bass) and Zhihang Long (Drums). Nouvelle is a guitar rock band from Guangzhou. They vied for a place in the valley of guitar rock with their distinctive melody and punky distorted guitar tone. Bearing an introspective music attitude, they constantly remind young people to keep a clear mind in the changing times. In 2017, Nouvelle released their first EP named "Nouvelle" and was known for their restless, uncompromising attitude. Later, the single "You are the poison I can't take" (2018) and "Victims"(2019) were released, refreshing the dull music scene with "a dose of medicine".

He believes that a better society lies in the active and effective participation of helping each other. In 2008, he and his partners initiated "v-bus". Since then, they've been engaging in offering support for philanthropic organizations as "collaborators" to promote individual awakening, community bonding, social justice and sustainability. The areas they work in are coaching philanthropic facilitators, building a community for facilitators, as well as providing training and facilitation service. They have served more than 100 philanthropic organizations.

Misha is Chinese-Russian, started playing the trumpet at the age of 8 and fell in love with Jazz ever since. He was exposed to big bands in college and then fell in love with Swing Dance. Mina, who loves retro culture and Jazz, met Misha and started to try swing dance. In 2016, she participated in the Hong Kong Swing Festival and was moved by swing dance with its free, cheerful pace and infinite varieties. She then co-founded the Swing Canton with Misha to promote swing dance culture and gather people who love and enjoy retro culture, jazz and swing dance together.

Wendy Wei has impaired eyesight. She once dreamed of having a coffee shop and owning a guide dog. Now manager of "BREW BY HEART" coffee shop, she's among the first batch of the visually impaired who were certified by SCA (Specialty Coffee Association) in China. She now also has a guide dog named Alan. Wei Lin and her story is just one of the endless possibilities of the handicapped community.

From words to images, from finance to plants, Yefei Li was driven by his curiosity and ultimately, became a self-educated botanist after four years of studying. He knows every detail of the plants around us. He founded Plant Planet, using words and images to introduce the beauty and sorrow in the world of plants and to depict the relationship between plants and a good life. He owned "the world's most bitter" herbal tea shop in an alley of Shanghai. In the conference, he will tell us the origin of Guangzhou herbal tea culture, as well as introducing the herbal plants that we drink yet not notice. All plants embrace their natural processes - from blooming to withering. However, only when we focus on and care for nature, can we discover the fun of life.

As a young architect with a thorough grasp of the contemporary era. Ziyi Wang is interested in exploring future architectures while studying on vibrant young people. He founded the [ Yeah Archkids ] architectural design studio. For his latest conceptual work, [Neuro-x City], he designed a cyborg-like paradise designed for the new generation. [Yeah] Represents a variety of new lifestyles emerging from the new generation in the Internet era, such as "no disco, no life", which he jokingly called "what a wild and intense life!"; [Arch] implies such an attitude: architects should not design other people's lifestyle. Instead, they should be like "kids", with a courteous attitude to pursue and to study the ones who love new life, so the buildings will ceaselessly grow and renovate like a child. 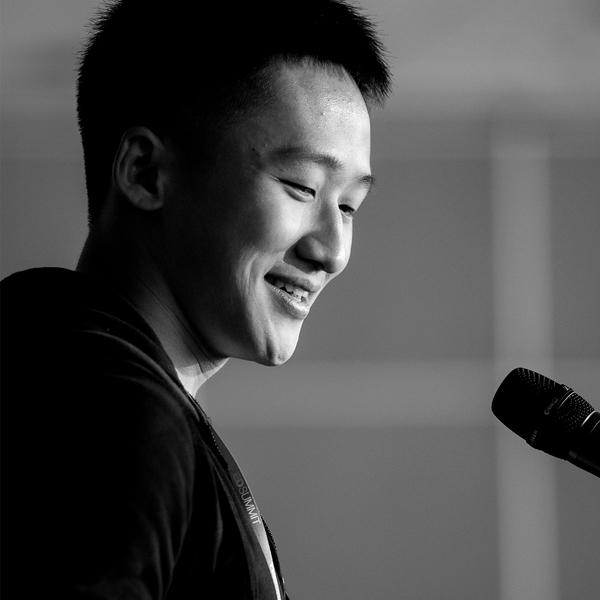 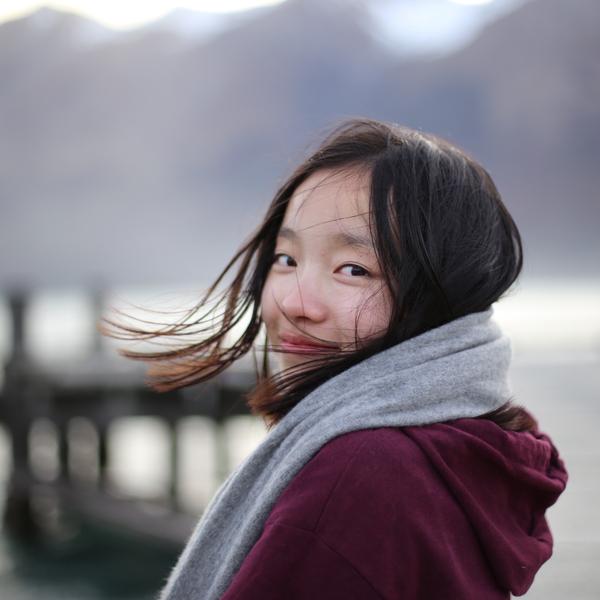