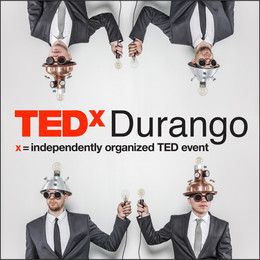 TEDxDurango is being created to foster and present innovative and inspiring ideas that will then be taken into the world to make change. We believe one way to accomplish this giant task is to touch the hearts and minds of the audience. And, we all know that laughter is a great starting point.

I am a General Surgeon with more than twenty years of experience. I am also a photographer and world traveler who has been to places as geographically distant as the outback of Australia and a culturally distant as the tiny buddhist nation of Bhutan. But my biggest journey was from 300 lbs and unhappy to fit, happy and the best career of my life. All based on what I learned and packed into this talk.

Public speaking is something I wanted to try and since no one was asking me to give speeches I exercised a bit of Radical Self Responsibility and joined Toastmasters. The great thing about Toastmasters is you don’t have to try out to speak or be asked to speak…. you are required to speak. I found out I loved it! When I was asked to do a TedTalk with a little more than a week to prepare I was terrified, almost said no, said yes, lived, breathed and ate my speech for 7 days and pulled it off… I think. It was something I always wanted to do and because of my time with Toastmasters I could! What a great experience. I’m glad I said YES.

Doty Shepard is the founder and executive director of Resilient Colorado and Cultivate Resilience, a non-profit dedicated to increasing the well-being of our communities by educating about the impacts of trauma and ways to enhance personal and community resilience. Doty earned a Master of Arts degree specializing in support for youth and families and cultural transformation, then spent the next twenty years working in the field. Today, she serves as a consultant and educator for Trauma Informed Care & Trauma Informed Schools, teaching others about the impact of trauma on brains, bodies, and behaviors. She specializes in helping organizations infuse trauma sensitive practices into all that they do while cultivating the resilience of both staff and clientele.

As a comedian who speaks on Depressions and Suicide I get that question quite frequently. "Is there really anything funny about depression and suicide?" No, there is not, but I believe there is humor in the topic, in the right hands. I believe that the comedian's job is, and always has been since the time of the court jester, to speak truth to power on behalf of the powerless. I believe I speak truth to the power of depression and thoughts of suicide on behalf of those often powerless in it's grip. Furthermore, I believe that where there is humor there is hope, where there is laughter there is life, and that nobody dies laughing. I was a writer for the Tonight Show for 20 years and I've been a full time comedian for 33. And I have a personal mental health history that gives me a particularly powerful perspective, and my job is to start the conversation on depression and suicide, giving people permission to give voice to their feelings and experiences with fear of recrimination. I do this, because silence kills. Depression and Suicide run in my family, it's called Generational Depression and Suicide. My grandmother died by suicide, my mother found her, my great aunt died by suicide, my mother and I found her, I was four years old. I myself came close enough to taking my own life in April of 2010 that I can tell you what the barrel of my gun tastes like. Spoiler Alert: I didn't pull the trigger. Here are my four other TEDx Talks, each on a different aspect of Mental Health, and each one on a serious topic leavened with humor, to make it far more digestible: Born to Be Funny https://youtu.be/mugOzr6ItFk Mental With Benefits https://youtu.be/mCnsHSdAn48 A Matter of Laugh or Death https://youtu.be/IeMg6OFYfU0 Suicide, The Secret of My Success https://youtu.be/3D4m33DXtsI And my website http://www.thementalhealthcomedian.com And funny mental health podcast www.thesuicidepreventionpunchline.com And just a few of my upcoming speaking and stand-up comedy engagements: I will be in Glenwood Springs, CO speaking on Suicide Prevention for Colorado Mountain News Media on September 17th, and on July 16th I fly to Kodiak, AK to join a Holland America cruise to work doing stand-up comedy and disembark in Yokohama, Japan on July 31st.

My name is Juan David Campolargo, I’m 16 years old. I was born and raised in Venezuela and recently moved to Chicago 3 years ago. When I first arrived to the U.S., I knew no English but learned it 6 in months. The following year after I arrive I started taking college-level and honors classes after just a year of moving into the country and learned the language. I speak four languages (Spanish, English, Portuguese, and Chinese). I am the CEO & Founder of Optimum Smart (a company that helps and advises businesses in social media and marketing). I’ve learned to invest in the stock market, cryptocurrencies, and startups, and started a small hedge fund. I contributed and continued to contribute to a non-profit organization called Panas en Chicago to help and provide assistance to Venezuelans who desperately moved to this country looking for freedom. This organization came out of the problem that Venezuelan immigrants were lost and they didn’t know what they were doing making a lot of mistakes, no one was doing anything about it. We got together with other Venezuelans to find a solution to this problem. Panas en Chicago currently provides assistance to others Venezuelans via the internet through the website and through apps like Facebook, Instagram, and Whatsapp. Last summer, I went the University of Pennsylvania to participate in one of the most exclusive and hardest to entrepreneurship program to get in for high school students named MIT LaunchX. I earned the most awards in the history of the program. I’m constantly looking for new opportunities and ways to help others, as helping others and creating companies are my biggest drivers. I’m also working on a book, with a Georgetown University professor, that will be published in November. So far, I’ve interviewed people like Mark Cuban for the book. (https://mailchi.mp/3d353a205329/juandavid) That’s a landing page if you want to learn more about the book.

I have been performing since I was 12 years old. I did my first performance for the 4 year old daughter of a local policeman. The girl got so excited by my performance she had an asthma attack and had to be given oxygen. With that kind of reaction, I figured I must be pretty good. I made $5. By the time I was 14, I performed on my first real stage for 300 people as a benefit for the Cancer Society. When I was in college I performed street magic in Austin, Texas on the now famous 6th Street. When I graduated, I joined the Renaissance Festival circuit where I was given the name "Mysto" (which in gypsy language means GREAT!) In 1991 I swept the awards at the Texas Organization of Magicians Convention in Dallas as Best Close-up and Best Stage Magician. I repeated this extraordinary sweep in Florida in 2011. In 2013 I performed my 10,000th show. In 2019 I presented at my first TEDx event. I still love magic, I still love bringing FUN to children and adults, and I would love to make your special day so magical. With all the laughter and experience I have to bring we should make a magical memory together

Phylecia Jones is a former Scientist and Engineer turned Market Research Founder who is on a mission to remind people that Math is the gateway to confidence, innovation, and could change the way girls, and women, live their lives for the better. In her second TEDx talk, Phylecia picks up from her talk “All Girls are Great at Math,” and continues advocating for women in STEM, by asking tech companies how far they are willing to go to increase the representation of women. Phylecia is a two-time TEDx speaker, national TV financial contributor for Daily Blast Live, women in STEM advocate and Founder of iFind You Close helping speakers research and book more speaking engagements around the world. Phylecia holds a degree in Computer Science, a master’s degree in Systems Engineering and is a former scientist for the US Navy. She has had the honor of presenting on such platforms as NPR’s TED Radio Hour, NBC 9 News, FinCon, iThemes and a host of organizations that trust her ability to educate, inspire and transform. When Phylecia isn’t deep into researching the internet, she blogs about her eclectic list of ever-growing life experiences including travel, baton twirling, performing with a circus, RVing across the USA, being a professional cheerleader and achieving 100hrs towards being a yacht captain. This talk was given at a TEDx event using the TED conference format but independently organized by a local community. Learn more at https://www.ted.com/tedx

I grew up being told I talk too much and have too many opinions. Ha! Throughout my adult life, I’ve managed to be in a work space where I could support, consult, and advise others in making empowered decisions. Currently I am a Master Transformational Coach as well as the Owner of Spark Transformation and Founder of Spark Transformation Academy. I am on the 3rd season of my podcast named Redefined Family in the Modern Age of LGBTQ and I’m also the author of “No More Messy Kids” that published 2018. My work shifted towards the LGBTQ community once my 14 year old son "came out of the closet" and asked me "Did you have to come out as straight?" So now, I’m supporting parents in becoming the first educators for their children by hosting workshops and trainings around the world that teaches them how to parent from a place of inclusion and be confident talking about sex, gender, and sexual orientation. I am a volunteer in online groups for parents of LGBTQ children and groups of individuals in the Transgender community. I support them through navigating the challenges of having a child or personally identifying as LGBTQ. An ongoing project is my podcast with the intention of growing a resource for the LGBTQ community and offering a new perspective for people outside of the community who want to learn. I am building an online school for parents, Spark Transformation Academy, where they get to learn how to shift into a new mindset and upgrade their old beliefs so they can become the parents that their children need them to be.

Sue Dreamweaver Spielman is a Technologist and Renewable Wisdom Keeper. She’s spent over 25 years building distributed networking systems and mobile apps while continuing to be an industry-leading technical expert witness. Additionally, she’s spent decades learning, researching, and evolving the science, art, and craft of the Renewable Wisdom Trails™ oral tradition. As an award-winning author, speaker, and educator, she uses her unique ability to bridge between our contemporary lifestyle -- and its technology-based demands -- to the ancient wisdom of our ancestors. Her goal is to seed awareness and accountability of human impacts from technology, sharing in a way that is both accessible and entertaining, and allow others to embrace the peaceful coexistence of nature and technology. 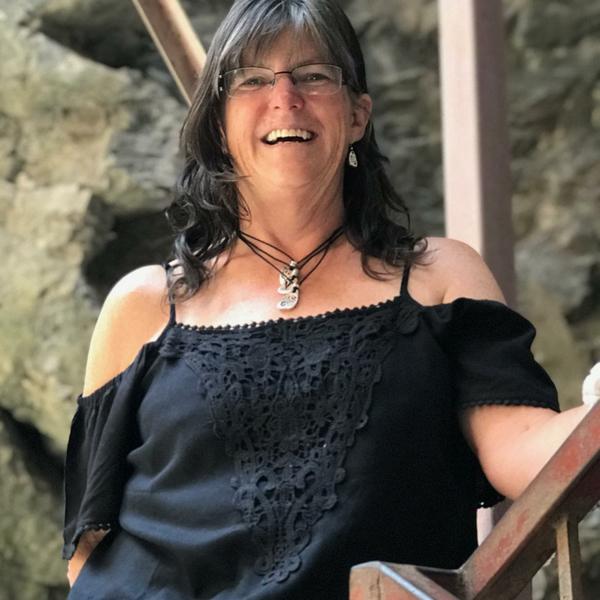