Alexander Wendt received his Ph.D. in political science from the University of Minnesota in 1989. He subsequently taught at Yale, Dartmouth, and the University of Chicago before moving to The Ohio State University in 2004. His research interests center on international relations, where he is one of the most cited scholars in the field, and the philosophy of social science. He is the author of two books, Social Theory of International Politics (Cambridge, 1999), which won the “Best Book of the Decade” award from the International Studies Association in 2006; and Quantum Mind and Social Science (Cambridge, 2015), which hasn’t won anything yet.

Andrew has been performing in central Ohio and around the United States for the last 18 years, doing regional theatre and of course, drag. As Nina West, he has produced over 35 main stage production shows and raised over two million dollars for local and national charities through his charitable fund The Nina West Foundation. “I love all things Disney, cheese, and puppies- particularly my super-pooches, Edgar and Felicity.”

Brian Sampsel has assisted many organizations, ranging from retail to insurance to healthcare, improve their decision making through the use of data; and he appreciates that most decisions require a dose of courage too.

Christian Family is a speaker, facilitator, attorney and entrepreneur. As a twice-divorced, adult child of divorce, divorce lawyer for nearly 20 years, Christian knows a l lot about the topic. She is passionate about removing the stigma from divorce that causes good people to stay in bad marriages. Christian is the owner of Christian Family Law, a graduate of Next Level Emotional Intelligence Trainings, and the mother of three little ones. Her parents, who divorced when she was seven, both live with her and the children. She truly lives the proposition that divorce doesn't destroy families, it restructures them.

As a nationally recognized and award-winning architectural designer, Curt has been involved in the design of several billion dollars of construction over his 45-year career. Curt’s designs have won more than 300 design citations, including 46 from the American Institute of Architects (AIA) and 43 from the National Organization of Minority Architects (NOMA), more than any other minority architectural firm in the United States. Curt was named the winner of the prestigious Whitney M. Young, Jr. award as an outstanding African American Architect in the United States in 1992. In 2002, he received the Distinguished Service Award from The Ohio State University. And in 2007, he received the AIA Ohio Gold Medal Award one year after his firm, Moody Nolan, received the AIA Ohio Gold Medal Firm of the Year Award. Moody Nolan is the only firm to win this coveted award consecutively. Moody Nolan was also named National Firm of the Year in 2000 by the National Organization of Minority Architects.

Griset Damas-Roche was born in Havana, Cuba. She studied the Ballet Career at the Superior Institute of Art and then entered the Spanish Ballet of Havana where she performed for five years. In 1998 Griset moved to Bogotá, Colombia and thus began her own choreographic and teaching legacy. During this time she taught flamenco to over 3,500 students. For 15 years she lead her successful company, Caña Flamenca. At the same time, Griset had the privilege of dancing in the most important theaters in Colombia. She also directed and choreographed such outstanding works as “A ritmo de Maria”, “Salir del Paraíso” and “Castañuelas, cuerdas y tacones.” As a dancer, Griset was soloist in “Bolero” by Maestro Antonio Canales and performed with the National Symphony Orchestra and the Philharmonic Orchestra of Bogota. In 2014, Damas-Roche moved to Columbus, Ohio with her family. Initially, she taught for the established Flamenco del Corazón school and now U Will Dance Studio.

Dr. Katrina Cornish has spent more that 30 years fighting an uphill crusade to establish domestic rubber production through positions at USDA, in industry and in academia to accomplish this goal - and making her family very well traveled. Along the way she has published over 265 papers, has ~20 patents and is an elected Fellow of the National Academy of Inventors and the American Association for the Advancement of Science. At the Ohio State University she directs the Program of Excellence in Natural Rubber Alternatives, in parallel with her crop to product research in bioemergent materials.

Award-winning instructor and Ph.D. candidate Meghna Mahambrey studies, teaches, and conducts research on all things romance and sex. She has been instructing college courses for nearly a decade, presents original research at national and international conferences, and is a featured speaker at special events. With a Master's Degree in Education as well as a Master's Degree in Human Development and Family Science, Meghna is currently completing a doctoral degree at The Ohio State University with a focus on sexual satisfaction in marriage. In addition to teaching at the university-level, Meghna also offers workshops to the general community. Her mission is to bridge the gap between research and real life and educate adults on matters close to their hearts (and hips).

I am a genomics scientist and innovator, who from an early age was intrigued by biology and computers. In recent years I found my true vocation in a field that brings both of these disciplines together to help kids with genetic disorders. I lead the Computational Genomics Group at Nationwide Children’s Hospital, using cutting edge DNA sequencing technology, cloud computing and bioinformatics to discover the genetic underpinnings of disease. My own family has been touched by rare disease, and sharing in the personal experiences of the families I work with drives me to create a future where no child with genetic disease goes undiagnosed.

Ray has over twenty years pf experience in Telecommunications and Information Technology. He works with organizations to increase efficiencies, enhance cyber security, and drive new revenue streams through technology and digital networks. Ray has focused the last several years on the Internet of Things technology and Unified Communications as a Service (UCaaS). His clients range from Fortune 100 companies to Technology Startups. He has developed strategies and implementations for hundreds of organizations.

Ruth Milligan is the founder of Articulation, an executive communication coaching and training practice inspired by her organizing the first TEDxColumbus in 2009. Previous to this she was a speechwriter, press secretary and public relations executive. She is engaged by corporations across the US for her keynote talks, coaching programs and unique training classes in building resonating messages, influential storytelling, executive presence and oral/presentation skills.

Saideepika Rayala is a 17-year-old student journalist at Olentangy Liberty High School. Coming from a family of first-generation immigrants, Sai has seen the gap that exists between newsrooms and immigrant communities and hopes to use her skills in journalism to advocate for this issue and bridge the gap. In 2018, she started The Columbus Civic, a news organization that provides the local news of Columbus in the native languages of various immigrant communities to help them become active citizens. She has also built up her journalistic skills and experience by writing at local publications such as The Delaware Gazette and the Columbus Free Press, volunteering as a writer for the Central Ohio Red Cross Communications Team, and being the editor-in-chief of her school’s news magazine, The Cannon.

Samara has threat intelligence experience in varies industries, studying threat actors and malware that could be a threat to an organization or your everyday individual. She is heavily involved in the infosec community and takes pride in her work. She is very passionate about cyber and information security.

Dr. Tim Raderstorf is the Chief Innovation Officer at The Ohio State University College of Nursing. As the first nurse to hold this academic title in the United States, he takes great pride in educating the nation on the role of the nurse as an innovator and entrepreneur. In 2017, he founded The Innovation Studio, a makerspace/incubator that provides interprofessional healthcare teams with the tools and mentorship needed to turn ideas into actions. This work at the Innovation Studio led to Tim being named the 2018 Early Career Innovator of the Year at The Ohio State University and the Studio being named the 2019 BizTech Nonprofit of the year. Outside of Ohio State, Tim is the founder of Quality Health Communications, a digital Clinical Decision Support System that communicates real-time patient quality and safety metrics to the healthcare team and the co-author of Evidence-Based Leadership, Innovation and Entrepreneurship in Nursing and Healthcare: A Practical Guide for Success.

Dayton, Ohio native, Tripp Fontane, is slowly and surely creating a name for himself throughout the country. In recent years, Tripp has represented Ohio across the US and represented the country across borders. Coming from humble beginnings, he uses his life experiences to paint a very unique picture of his atmosphere and his upbringing. Making tactful use of transparency and vulnerability, no topic is off-limits. Fontane’s gritty content and smooth delivery have both made him a fan favorite.

Kay Wilson- advocates for youth empowerment- their ability to Belong, have a voice, and lead. She is an author of two books, helps organizations build capacity, and has served as an Executive Director for a thirty year old nonprofit which ignited youth in three core areas; leadership, workforce development and civic engagement. Kay enjoys coaching at-promise youth and uses her experiences to help them gain the necessary survival skills and the foundation they need to break generational patterns and make it through tough situations.

Will Burrus is a visionary technology executive and entrepreneur, known for taking highly complex concepts and translating them into practical and accessible business opportunities. He has built a successful career leveraging extensive infrastructure, development and interactive experiences to start companies, build products, drive campaigns and optimize business processes in various industries. Over the last 20 years, Will has held leadership positions with companies in banking, advertising and manufacturing. As an entrepreneur, Will has founded multiple companies, providing innovative solutions to critical challenges in healthcare, human resources and the music industry. Will has been actively engaged in the world of immersive technology, speaking around the country about the potential of xR and running a virtual reality content creation studio exploring the limits of cognition and empathetic response in simulated environments. 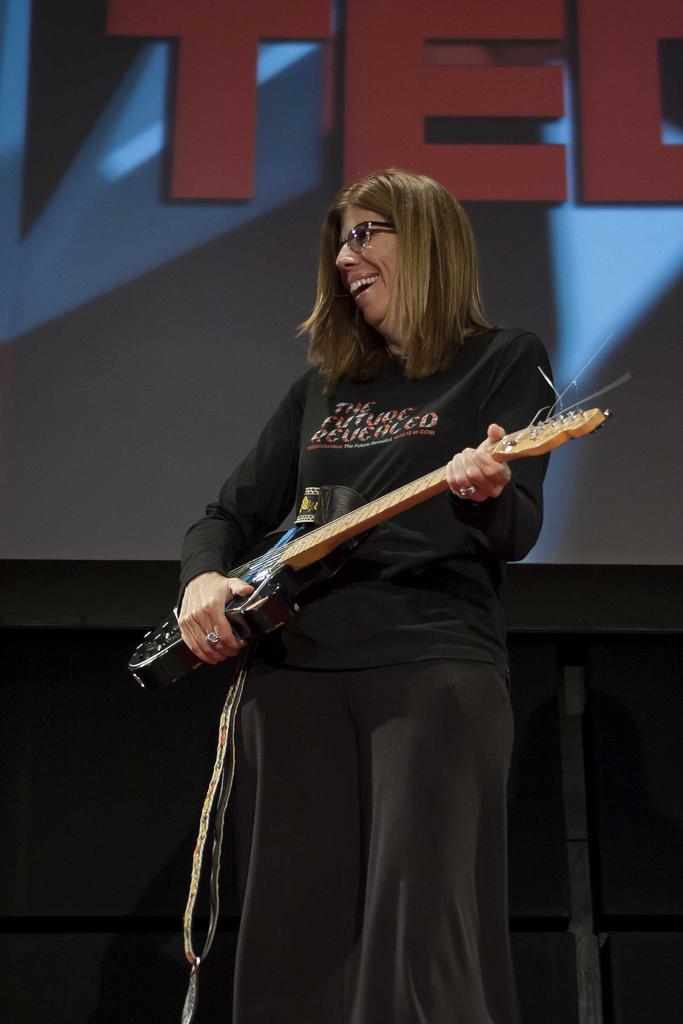 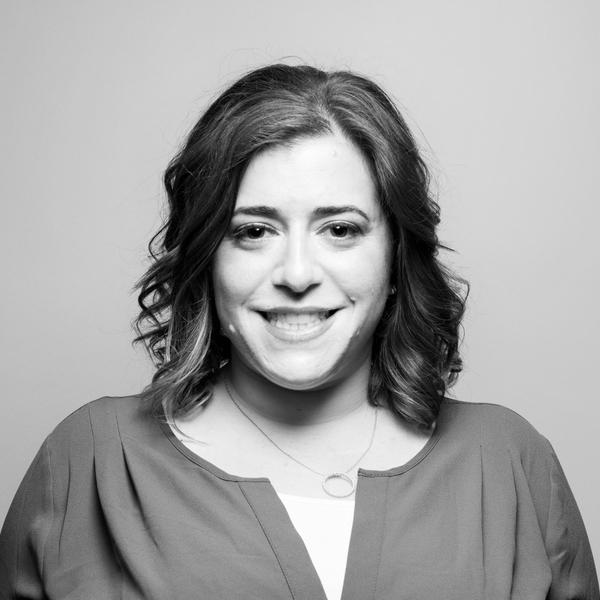