We at TEDxRGPV do believe in ostensive definition but we are trying to provide you with our Intentional definitions of ‘Transcending & Dimensions’ and believe us you’ll love to hear the dimensions portrayed below.

Our idea of dimensionality utilizes the perceptible space of universe that consists of millions of coordinate systems, shapes, patterns, human beings and that offers a room for fascination, enlightenment, and imagination. Achieving the achievable is good for an average mind, but innovators, they seek the untouched roads.

Dimension bears parameter i.e. limits as well as our society also possess some unsaid or said orthodox barriers. Most of the people find their comfort zone within those barriers but few exceptional humans are bound to transcend them and move towards infinite positive growth of themselves and their surroundings.

Therefore, we are exhibiting ‘Transcending Dimensions’ by showing the path-breaking contributions of the people towards human development.

Ankit Jain, the owner of one of the fastest growing companies in the US “The House of Ankit”, also an avid reader, a believer in fitness, supporter of arts, a volunteer, a mentor, a philanthropist is going to speak on the topic Transcending Dimensions which precisely means going beyond the range of your limits (transcend) and exploring different aspects (dimensions), one develops a mind which is guided by wisdom. An impeccable precedent of this theme, who right from the age of 8, envisioned about conceiving a global cooperation. He embarked on his journey of prosperity by juggling three jobs at the in sync along with attending his full – time school. Over time, his vision had taken him from cleaning toilets as a student to out setting and administering/ supervising an MNC with physical offices in the US, China, India and operations in over 20 countries and had also received many entrepreneurship awards.

Arpit Vyas is a human with a huge variety of brilliance. He is a poet, a stand-up comedian, and an able anchor, showcasing his outlook as an outstanding performer. His words in the subtle sense deepens your connection towards love and pave the path to your heart creating an idea of mutual linkage.

Karan Kukreja, who is an innovator, ably entrepreneur and the director of the foundation THE GREAT INDIAN FILM AND LITERATURE FESTIVAL (GIFLIF) is going to share ideas on the stage of TEDxRGPV. Due to his aptness and proficiency he had organised GIFLIF events at many places around India. He believes in the phrase "Exploration is the engine that drives innovation and Innovation drives economic growth." So let's all of us go exploring

Manraj Singh, who could be sketched as a personality with talents like an able poet, standup comedian and also a comfortable anchor. He categorically is a versatile shayar, since through little words, he conveys a bundle of feelings and expressions, to which folks establish different connectivity.

A comic content creator, actor and Viner. From a CA dropout to one of the most common names among youth, his journey gives hope and direction to hundreds of budding content creators. TEDxRGPV is proud to present Rishabh Rana or famously known as Rishhsome. He started off his social media career as a part Hasley India and now he has his own YouTube channel, Rishhsome having more than 1 million subscribers. This YouTube sensation is a perfect example of this years theme Transcending dimensions. Exploring a new path and especially finding out what you really want from life.

Samar Mehdi is a percussive finger style guitarist and a singer/songwriter hailing from Bhopal. With his debut album ‘Urooj’ in 2018, Samar Mehdi announced himself in the Indian independent music industry. Samar Mehdi has just completed the biggest cross country tour ‘Hai Khabar’ (alongside Saby Singh), playing 25 shows across 22 cities. Currently, he is preparing to release his EP ‘Guruub’ in September 2019.

Sushovan Banerjee is the Additional Director General of Police. TEDxRGPV proudly presents an IPS officer who did everything he had ever dreamt of in his life and is perfect precendent of our theme Transcending Dimensions. Progress lies not in enhancing what is, but on advancing towards what will be. His first priority as a career option had been sports. In his early days, he had an inclination towards cricket. Before becoming an IPS officer he also played some major roles in Bollywood, TV and Malayalam movies. He also worked as the CEO of Children’s film society, India. Sushovan Banerjee in his IPS career worked in various sensitive positions in police and civil administration.

Varsha Varman is a professional sport shooter. She is a bronze medallist at 2014 Asian Games and first sportsperson from Madhya Pradesh to win a medal at Asian Games. When comes to our theme she is the best example. Breaking all the stereotypes that our society has made for girls, Varsha dreamt of studying at a law, playing a sport like shooting and attending a university like Harvard. She does not only give her best at sports but also has an excellent academic record. This super talented sports person is going to share her roller coaster like a journey at TEDxRGPV.

Wajid Khan is an Indian artist, portraitist, sculptor, inventor and patent holder. His artefacts have brought India and in particular Indore, Madhya Pradesh all the laurels from across the globe. He has specialized in carving canvas with nails.His approach towards his art and the sensitivity and detailing required fulfilling such daunting tasks is impeccable. His ingenious wisdom deals with every aspect of the art and thus the consequence of his hard work has transcended the entire dimension after all he believes that art enunciates where words are unable to assert. His art illustrates not only the history of the picture but also his emotional perspective that is conceal 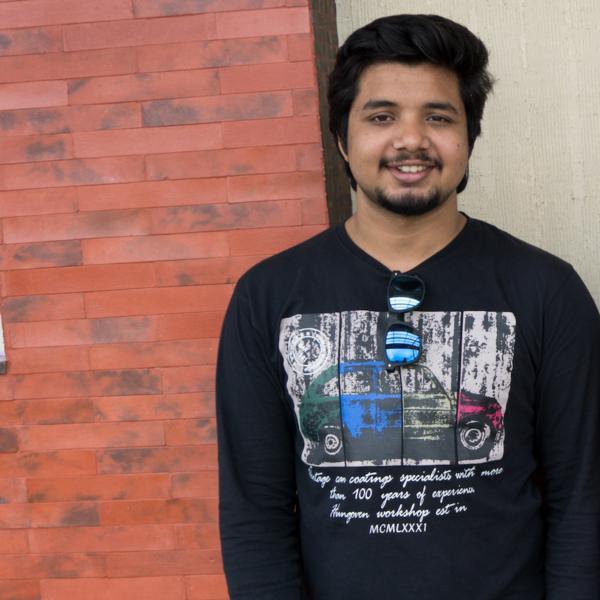 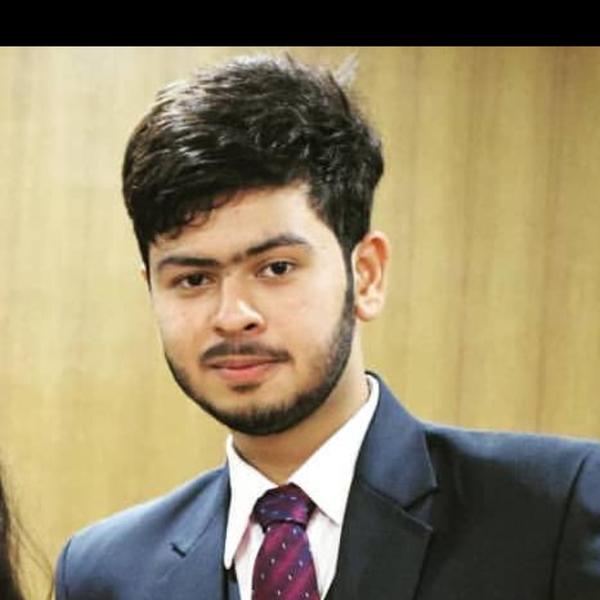