Angela Ditch is a leading edge explorer of consciousness studies and practices. Specializing in embodiment and flow training, she uses educational lenses and techniques that improve how energy and awareness move and create through us. In 2007, Angela resigned her six-figure career, sold most of her possessions and began exploring. She travelled to multiple counties and sacred sites studying everything from science to esoteric philosophies of life. She has experienced multiple practices and teachings ranging from meditation to cleansing, kundalini yoga immersions to white tantra, plant medicines to intensive breathe work, and more. Angela has a thriving global practice of coaching and teaching facilitator level kundalini tantra yoga and body ascension breathe work. She is the author of two books and is well respected for her life-changing group immersion trainings, private mentorship, and online courses.

Chris Slubicki is President, CEO & Director of Modern Resources Inc., a Calgary-based private oil and gas company. He has more than 35 years of experience in the business sector. Chris holds a B.Sc. in Mechanical Engineering from Queen’s University and an MBA from the University of Calgary. Chris is the former Vice-Chairman of Scotia Waterous and was one of the four original founders of Waterous and Co., a private global oil and gas mergers and acquisitions firm, starting the firm in Calgary in 1989. Prior to selling the firm to Bank of Nova Scotia in 2005, the firm expanded to offices in five countries with a staff of 88 and completed hundreds of oil and gas transactions over its 17-year tenure. Born and raised in Toronto to Polish immigrant parents, Chris is a passionate Canadian who is most happy being active outdoors whether it’s canoeing in Northern Saskatchewan, water-skiing at his cottage in Ontario, or skiing in Fernie, B.C. Chris is on the board of the Emily Brydon Youth Foundation and served on the board of Alpine Canada for seven years, the last two as Chair. Chris coached young ski racers with the Fernie Alpine Ski Team for 14 years and served as President of the club for three years. He is a Professional Engineer in Alberta, a member of APEGA, and is also on the board of Bonavista Energy Corporation

Dr. Allan Lycka is acknowledged as one of the leading cosmetic dermatologists in the world. Having practiced for 3 decades, he has done thousands of surgical treatments. A pioneer in cosmetic surgery, he helped to develop laser assisted tumescent liposuction, Moh’s micrographic surgery, thread lifts and topical anesthesia. He has lived and practiced in Edmonton, Alberta, Canada since 1989. He’s written 17 books, 30+ academic papers and hosted the number one internet radio show in the world: Inside Cosmetic Surgery Today. He is a co-founder of Doctors for the Practice of Safe and Ethical Aesthetic Medicine. Dr. Lycka is happily married to Dr. Lucie Bernier-Lycka for 38 years and they have four lovely daughters and seven beautiful grandchildren. He counts this as his greatest accomplishment

As a former 10 time All-American and USA National Champion for springboard and platform diving, Henry Richardson has always had a passion for health and movement. After diving, Henry moved to New York City to be a part of the Teach For America program. Surprised by the continuous pain Henry felt from old diving injuries, Henry ventured into his first yoga class, where he realized he wanted to share his passion of movement and helping others by teaching yoga. After a few months of teaching, Henry was asked to lead new store openings in New York, Boston, Chicago, Los Angeles, and San Francisco for the company Exhale Spa. Interested in learning more about the business, Henry moved back to Texas where he graduated from Rice University with his Masters in Business Administration. It was in business school in 2008 when his professor said we all must “define” our role in this world, and from that moment on, DEFINE was born. DEFINE is a body and mind fitness studio that now has 18 locations across the USA and abroad. As the Founder and CEO of DEFINE, Henry is interested in bringing body, mind, and spiritual well-being to clients’ lives through his beautiful studio atmosphere, exceptional instructor training, attention to clients well-being, and delivery of balanced body and mind programming. Henry is also a graduate from the University of Pennsylvania where he graduated with Honors with a Masters in Applied Positive Psychology. His work has been focused on practical applications of spirituality as a way of bringing life into individuals, businesses, and communities. “Henry’s mission is to help individuals as well as organizations “define their role” in this world by co-creating positive environments for individuals, families, businesses, and communities to thrive

Some people find their calling early in life. Others live and learn and follow their passions wherever they may lead. In pursuing her passion for health and wellness, Jenn’s extensive background as a health practitioner includes massage therapy, personal training, yoga instructing, body ascension breath and certified Precision Nutrition® coaching. Jenn has had her own health challenges over the past few years, and in working with her clients on diet and exercise she learned that what works for one person might not (and often doesn’t) work for another. Jenn wanted to find a way to work with her clients metabolic individuality and that lead her to a career as a Functional Diagnostic Nutrition Practitioner and Apeiron Genetics Coach. She uses an honest and authentic approach to educate each client about their individual needs so they achieve optimal health. She helps clients to achieve this by using evidence-based science to guide them on how to utilize food, exercise, and positive lifestyle changes to become the best version of themselves. Outside of work, Jenn has a very healthy love for coffee, adores her husband Scott and their two daughters Tyra and Kiana and enjoys being in the outdoors. Jenn spends most of her weekends mountain biking in the Rocky Mountains, camping or relaxing with her family.

Dr. Leonard Bertain is a founding partner at the Consortium of Problem Solvers, an Internet knowledge-based business. The business was developed with Craig Humphreys to help “facilitated” teams of employees to solve problems on-line. It is the Internet version of his classroom program that he has delivered for 30 years. This program provides reach to include employees in disparate locations including remote GiG Workers. They recently launched the product with the successful adoption by a number of Fortune 100 companies. In a career spanning over 30 years, “Len” Bertain has coached over 150 CEOs to help them correct inefficiencies and lost profits in their business by teaching them how to solve business problems with High ROI Solutions. He created the well-known “War on Waste” program, a preeminent Lean Business tool to guide leadership teams through the problem solving process. He is the author of five books on High ROI Problem Solving and a frequent speaker to CEO groups. Since its inception, the High ROI Problem Solving uses 5/67 Thinking (5% of the effort generates 67% of the benefit). The program has generated over $1 Billion in first-year profits from over 10,000 ideas, all generated by client company employees. The companies involved in the 5/67 High ROI Problem Solving have been as small as 10 people with Fortune 100 companies at the other extreme. His books can be checked at his on-line bookstore: http://www.lenbertainsbooks.com. In 1994, he founded the Institute for Productivity Improvement, and in 1999, CEO University, both based in San Francisco, CA. He holds a Ph.D. in Physics from the University of Nevada with Thesis in Low Energy Physics and a B.S. in Physics and Math from St. Mary’s College of California. He lives in Piedmont, California with his wife and has 3 grown sons and 10 grandchildren.

Melissa Byers is the Executive Director of Northreach Society, a harm reduction focused organization supporting vulnerable populations in Northern Alberta. Starting as a front line worker, she has seen the social changes that have come with the intensification of the opioid crisis. Her leadership role at Northreach (then HIV North) began as opioid fatalities across Western Canada rose dramatically. She learnt quickly how to implement life-saving programs and how to navigate community crisis. The Northreach team has created a wrap-around care model supporting people who use drugs and people experiencing homelessness. Her passion lies in supporting all members of community. A world traveler, Melissa has explored twenty-three different countries; her favorite being Tanzania. Her curiosity for people and culture was sparked as a teenager on her first trip to Mexico. This interest in understanding how other cultures live brought her to study anthropology on Vancouver Island. Her studies and travels have taught her how to connect with culture through a non-judgemental lens which has lent itself well to her professional career. Melissa believes social change is possible and believes in the power of community based approaches to solve social issues. When we all work together, anything can happen.

Oonagh Duncan is a multi-award-winning fitness expert, author of Healthy As F*ck and speaker specializing in helping people get healthy and happy through a habits-based approach. Her unique formula has resulted in international media attention and most importantly, five-star reviews from the thousands of people who have changed their lives through her program. Oonagh is the founder of the Feel Good Movement, which recognizes that fitness is not about a number on the scale but feeling good. Because if you want to reach your highest potential and generally kick ass at life, it starts with feeling good right now.

Stephanie Harpe is an accomplished singer/songwriter, actor and community builder. She has been nominated for numerous awards for her work with the Stephanie Harpe Experience (S.H.E.) and has been acclaimed in her role as ‘Rita’ in the award-winning series, Blackstone. As the daughter of a murdered parent (Ruby Anne McDonald) and niece of historical Chief Dorothy McDonald, Stephanie has transformed her rich history into her community activism. As a community builder, Stephanie has been recognized two times as an International Advocate for Missing and Murdered Indigenous People’s of Canada, and was an official participant in the National Inquiry into Missing and Murdered Indigenous Women and Girls. Currently, Stephanie is the Community Outreach Worker for the Institute for the Advancement of Aboriginal Women (IAAW), continuing her dedication to honoring the lives and increasing the capacity of Aboriginal women through the ongoing development of programs and services

As a lifelong learner of leadership, Vincent has intently studied, observed and reflected on his experiences working with leaders and teams. As a leadership development coach, consultant, and facilitator he keenly sees which leaders have more impact and the reasons teams are more engaged, have higher trust and collaboration, and why people would willingly choose to follow these leaders over others. Vincent shares his insight about one key element that stands out above all others in which he defines the difference between great leadership and management. He also shares how tapping into this as a way of being can help us move into a more heart-thought future. Vincent is a Solutions-Focused Coach who holds a Masters of Arts of Leadership (MAL), Bachelor of Business Administration (BBA) Degree, and an Erickson Professional Coach (EPC) Certificate. 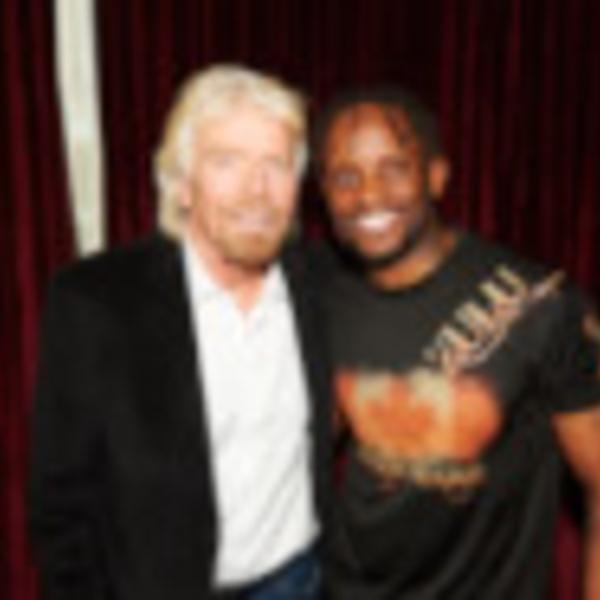