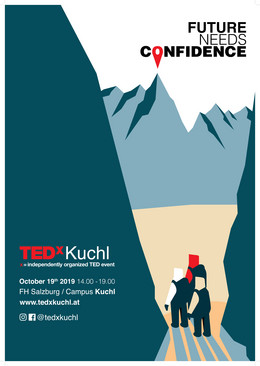 The future is unwritten and no one can say what tomorrow will bring. But we can decide how we approach it. With confidence!

We live in a moment of time where we face personal and global challenges like never before. Political instability, climate crisis and environmental destruction have become everyday topics. Yet we also have powerful technologies, world-changing ideas and an interconnected human potential, larger than at any other moment in history.

At TEDxKuchl we invite you to join us on a journey towards a desirable future. Designers, entrepreneurs, athletes, craftsmen, artists and scientists share their inspiring stories of overcoming obstacles through a confident mindset and shine a light on bold visions for a sustainable tomorrow.

Redesigning the experience of life: Bea Grubenthal promotes having the confidence to fully integrate your passions into everyday life and finding a balance for yourself. She has lived in and traveled to more than 30 countries, managing global sports events in more than 75 countries, while being location-independent, working on her own schedule and her own life goals. In total, she spent almost 3 full years without a home. At TEDxKuchl she shares her experiences as a world traveler and entrepreneur, reminding us about the importance of self-confidence.

Life and how to live it: For Benedikt sports was always more than a past-time activity - it was a passion. After breaking his spine in a snowboarding accident, his life changed drastically. Not only his body was altered, but also his mind. His new attitude towards life, setting priorities and learning to see the hidden things is inspiring his TEDx Talk.

We all know wood, right? Or don’t we? Dr. Gianluca Tondi is a researcher at the Salzburg University of Applied Sciences and the University of Padua, who specialises in innovative Biomaterials. His work focuses on how we can generate value from overlooked bio-resources and move away from plastics. At TEDxKuchl he will give us a surprising insight on an age-old, yet modern and sustainable high-tech material: wood.

Heli Eichholzer gives us the bird’s-eye view on life: As one of the best paragliding pilots in the world he knows how different everything looks, when you see it from above. His sports career started very “down-to-earth” in the wrestling ring, but as he got older he started looking for a sport that gave him more freedom to follow his intuition. He found this freedom high up in the air and since then has very successfully competed in paragliding events worldwide and set the world record for the longest flight. Discover your own wings together with Heli at TEDxKuchl!

MARA is a Singer/Songwriter from Munich. Gifted with a soulful and powerful voice, she has been writing her own music since the age of 14 and has honed her craft as a street musician in various bands and solo performances in and around Salzburg. Musically, she feels most at home in R’n’B and Pop, but for TEDxKuchl 2019 she will return to her roots….

Afraid of making mistakes? Don’t be! Dr. Melanie Stefan will show us how necessary they really are. As a mathematician and biologist she builds computer models and simulations of brain cells, in order to better understand learning and memory. She currently heads a research group at the University of Edinburgh in Scotland, and spends three months a year in China, where she teaches students in Biomedical Informatics and Sciences. In her spare time, Melanie advocates for an open discussion about failure in science. At TEDxKuchl she will show you how you can learn from your own failures.

Working on the interface between anthropology and design, Dr. Michael Leube not only knows where we humans originate from, but also how we have shaped our present environment to mismatch our biological programming. He is convinced that the future needs great design - design that takes millions of years of human evolution seriously. Find out more about the human animal at TEDxKuchl.

Since the age of three, when she took apart her first toy robot, Nicole Mirnig has been fascinated by technology, especially the field of robotics. Her work focuses on the interaction between humans and machines, always striving to know how a positive user experience might look like. At TEDxKuchl she will give us a surprising insight on how we perceive robots in everyday life and what the future of Human-Robot Interaction might bring.

From an early age Omar has developed a strong love for words and language. So strong, that he now ranks among Austrias best poetry-slammers and is a best-selling author - in a language that he only started learning in 2015. His path led him from his war-torn hometown of Damaskus, through harsh times as a refugee in Lebanon on a dangerous journey through the balkans into a new life. Words helped him to believe in himself, when no one else would. Find out more about his incredible story at TEDxKuchl 2019.

While everybody is talking about diversity, Dr. Robert R. Junker is an expert in multi-diversity: the interaction of all plants, fungi, bacteria, and animals in an ecosystem. At TEDxKuchl he takes us on a journey into a tiny and almost invisible world: the plant’s microbiome. Bacterial communities live in close association with their host and help to protect the plants against enemies, to gain nutrients and to resist droughts. More insight into such hidden interactions and mechanisms can lead to a more sustainable way of future food production. Robert is a recipient of the 2017 Christian Doppler award and was granted the FWF Start Prize in 2018 for his work on functional multi diversity.

The Salzburg born and raised hiphop musician is never shy of words - from an early age he developed his skills as a musician and his mastery of language. Together with his band “Scheibsta und die Buben” he has recorded a number of albums and has held several Top 10 positions with his songs in the Austrian charts. In 2019 he won the OE1 Kurzspielwettbewerb. When he is not touring, he shares his knowledge about crafting songs in workshops, works as a copywriter or voice-over actor. Freestyle rapping is a trademark for him - see for yourself at TEDxKuchl 2019. 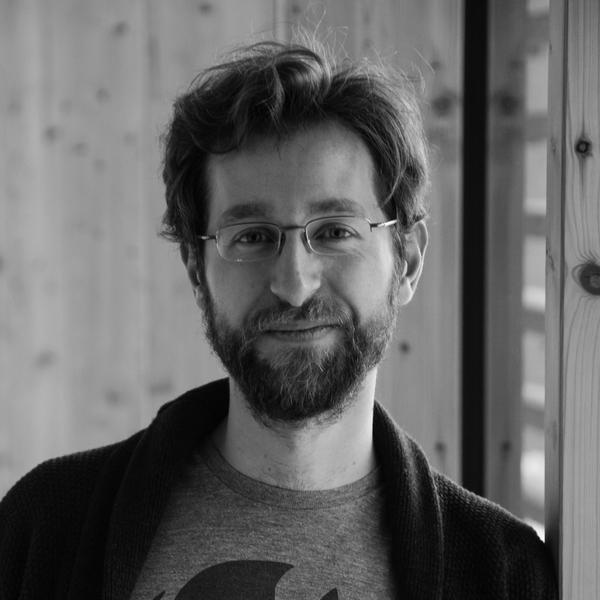 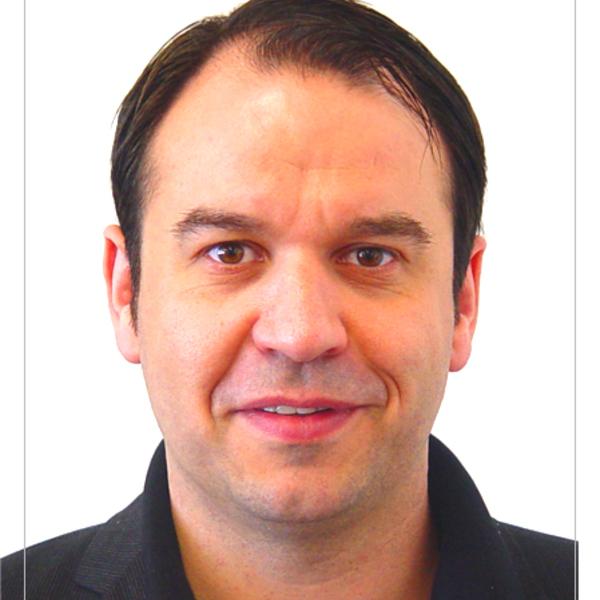