Abhishek Dharan, a member of the Paul L. Foster School of Medicine’s class of 2022, research on blindness and visual impairment isn’t just a project. It’s personal. His grandfather suffered from cataracts, and regaining his vision improved his quality of life. Dharan touched on his journey through this research and his family’s role in it during his Oct. 12 TEDx El Paso presentation, “The Vision of Our Family is a Vision for Our Community.” TEDx events feature short talks, demonstrations and performances designed to foster learning and inspiration, and provoke conversations on a variety of topics. In 2018, Dharan received a $10,000 grant from the TEDx El Paso Innovators Program – the first grant offered through the program – to investigate how many El Pasoans are blind or visually impaired and how their conditions can be treated by modern medicine. Dharan’s goal is to raise awareness about preventable blindness and motivate community leaders to invest in ways for El Pasoans to recover their sight.

Representative César J. Blanco proudly serves El Paso in the Texas House of Representatives. Coming from a family of nurses, teachers, and a tradition of U.S. military service dating back to World War I, public service runs deep through César’s family. The grandson of an immigrant who came to Texas to build a better life for their family, César was raised in El Paso by a single mom who worked multiple jobs to make ends meet. After high school, César continued his family’s tradition of public service by joining the Navy as a Military Intelligence Analyst and went on to earn his degree from the University of Texas at El Paso with help from the GI Bill. He continued his public service by working for three Democratic Members of Congress representing El Paso and West Texas. Working his way up from caseworker to Chief of Staff, César delivered for his community by fighting to secure veterans’ benefits and our fair share to improve education, make health care affordable, and create greater economic opportunity. In 2015, César was elected to Texas House District 76 in El Paso. In the Texas House, César has delivered as a strong champion for El Paso by leading initiatives to strengthen our workforce, local economy, and border communities while also improving the quality of life and increasing economic opportunities for all Texans. He has also led efforts to protect education benefits and expand mental health resources for Texas veterans, reign in rising prescription drug prices, and increase oversight over border security, and fought with a united El Paso delegation to deliver historic school funding. For his record of fighting for veterans, education opportunities, and border communities, Texas Monthly named him one of the best legislators in Texas. Following the tragic shooting in El Paso, Texas, Rep. Blanco was appointed to the Texas Safety Commission and the Select Committee on Mass Violence Prevention & Community Safety by Governor Greg Abbott and Texas House Speaker Dennis Bonnen, respectively. Rep. Blanco also currently serves on the House Committees on Environmental Regulation and International & Economic Development. Rep. Blanco is serving his third term as Chairman of the Texas House Border Caucus, his second term as whip of the House Democratic Caucus, his first term as Vice-Chairman of the Texas Veterans Caucus, and is also a member of the Mexican American Legislative Caucus and the newly formed LGBTQ Caucus. Rep. Blanco is proud to be active in the El Paso community as a member of the American Legion and American G.I. Forum Paso Del Norte Chapter, an Executive Committee Member of the El Paso Metropolitan Planning Organization, a member of the Rio Grande Council Of Governments, a former board member of Big Brothers Big Sisters of El Paso, and an honorary board member of the Medical Center of the Americas Foundation in El Paso. On the national stage, César also worked at the U.S. Department of Veterans Affairs, the Democratic National Committee, and was the political director and interim Executive Director of Latino Victory Project.

Lauren got her start in technology making squishy virtual objects at the MIT game lab. Since then, she’s gone on to work with companies including Apple and Ustwo Studios, and was recently selected as a Forbes 30 Under 30 in games for 2018. Her work spans XR immersive theatre, prototyping teams, emotion- driven games, and experimental storytelling. Outside of her work, she has volunteered with organizations including the Intel Computer Clubhouse and AS220, bringing art and technology skills to underserved communities. She is currently the Creative Director of Interactive at Meow Wolf.

Mr. Gamiño is Executive Vice President, Global Cities – Enterprise Partnerships, Mastercard. In his role, Miguel leads Mastercard’s global activities with cities and the City Possible platform, forming public-private partnerships that drive civic efficiency, inclusivity, equality, and ultimately better quality of life. Prior to joining Mastercard, Miguel served as the Chief Technology Officer of New York City, leading the Mayor’s Office of The CTO. Miguel pioneered a new civic engagement and innovation platform for NYC and stood as a voice of leadership in tech policy — ensuring that technology helped NYC become the Fairest Big City in America, strengthening the City of 8.6M residents. He also served as an organizer of cities around the world to work together to improve people’s lives in urban centers everywhere. Miguel’s leadership in New York translated to a broad and complex portfolio of public infrastructure, and digital and visionary initiatives- including broadband for all New Yorkers, smart city and IoT programs, a comprehensive digital strategy that improved government service, and NYCx – the world’s first-of-its-kind program to transform the relationship between government and disruptors of industry, to Make Tech Work for All People. Prior to his role in New York, Miguel was the CIO for the City and County of San Francisco and the CIIO for the City of El Paso. Miguel founded the Council of Global City CIOs. Prior to life in the public sector, Miguel was an entrepreneur, developing some of the earliest cloud-based services and launching two companies based in El Paso, TX and Silicon Valley, CA operating nationwide. 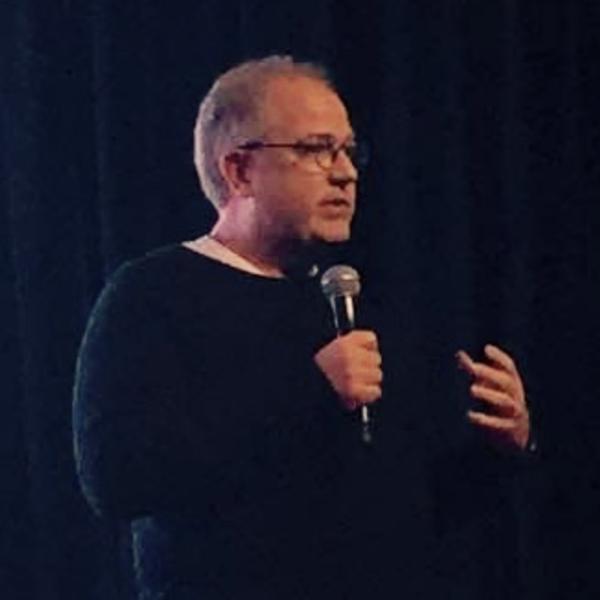