Do you LOVE TED talks? Have you thought about giving one yourself or know someone in our community with an "idea worth spreading"? The locally based Executive Team is accepting applications for speakers!

TEDxHieronymusPark 2020 will take place in Hamilton, Montana on January 17, 2020. 12 speakers will be featured, along with 2 live performances. Lunch will be provided.

Dr. Andrea Marzi is Chief of the Immunobiology & Molecular Virology Unit in the Laboratory of Virology at Rocky Mountain Laboratories (RML), part of the NIH. Andrea grew up in southern Germany where she attended school and university. Very early on Andrea became interested in biology and was particularly fascinated with viruses. Most viruses infect their host without causing disease, however, other viruses cause severe disease with some killing their host in a matter of days. Andrea’s love for viruses carried her through her B.Sc., M.Sc. and Ph.D. and led her to join RML in 2008. Her research focuses on highly pathogenic viruses like Ebola virus. She tries to understand how the virus causes disease and uses the findings to develop new vaccines and therapeutics.

Bryan Dufresne is father, husband, son, and friend. He teaches English and drama, coaches basketball and track, and advises Interact at Darby Schools. He also moonlights as a freelance writer. Bryan has been a dean of students, tennis coach, student council adviser, RSVP adviser, FOR club adviser, and Sk8camp leader. He has volunteered to spearhead the charge to build a skatepark, and to coach flag football, soccer, basketball, tennis, and Destination Imagination. Bryan likes to fish (a little too much), backpack, skateboard, snowboard, surf, kayak, wakeboard, hacky sack, read, write, play any sport that involves a ball, spend time with friends, and search for new passions in life. What Bryan will be tomorrow, no one really knows- least of all himself.

Frank Felice is an eclectic composer who writes with a postmodern mischievousness: each piece speaks in its own language, and they can be by turns comedic/ironic, simple/complex, subtle/startling or humble/reverent. Recent projects of Felice's have taken a turn towards the sweeter side, exploring a consonant adiatonicism. His music has been performed extensively in the U.S. as well as garnering performances in Brazil, Argentina, Japan, Greece, Italy, the United Kingdom, the Russian Federation, China, Austria, the Philippines, Viet Nam, Australia, Chile, the Czech Republic and Hungary. In addition to musical interests, he pursues his creative muse through painting, poetry, cooking, home brewing, paleontology, theology, philosophy, model railroading, and curling. In 1993 he was quite fortunate to marry mezzo-soprano (and frequent collaborator) Mitzi Westra. Frank teaches composition, theory and electronic music at Butler University in Indianapolis, Indiana.

Kirsten Tynan is Executive Director of the Fully Informed Jury Association, a nonprofit, educational organization that empowers jurors to uphold individual rights and liberty by instilling in them a rich understanding of their protective role, including jurors’ right to refuse to enforce unjust law.

When KJ Kahnle began an art career at age 53 she had complete control of her pencil drawings, which were often mistaken for B&W photographs. She now creates art by exploding gunpowder to burn paper and has come to love the uncontrollable, unexpected, chaos of the process. Mistakes became her mentors as she found the possibilities within them. And now sees “control” as flowing with unexpected outcomes. Through this journey she has come to believe that we are all creative and that curiosity is the foundation for creativity. “Perhaps we just need to remember how to let go of expectations and rekindle our curiosity. “– KJ

Mark Albert is in his 27th year as a geometry, personal finance and leadership teacher. Mark recently retired as the head girls’ basketball coach at Hamilton after a 31-year career. He led his Lady Broncs to 3 state title appearances, winning it all on their home floor back in 2015. Coach Albert has also directed the Hamilton Cross country program for the last 18 years, winning state titles in 2008, 2014 and 2015. Mark and his wife Carla have been married for 31 years and have raised four college graduates. The Albert kids all played varsity sports for their dad. Two daughters went on to successful college basketball careers, another swam in college and their son is a United States Army Ranger infantry officer.

Megan moved back to the Bitterroot Valley in 2018. With a background in finance, journalism, graphic design & fine arts she has worked both in the business world as well as taught art & creativity classes. An avid outdoorswoman & athlete, her life was forever interrupted in 2011 with the diagnosis of an “invisible illness” thrusting her into a new way of living that has shaped the last decade. Over the last two years she has been immersed in nervous system health, including early childhood trauma and its impacts on chronic illness. This discovery has not only been key in her own health, but has led to her being an advocate for access to trauma-informed community resources. She currently works part-time as a freelance bookkeeper, serves on two local non-profit boards, is writing her first book and shares her chronic illness journey through the online community, Wrestling Daisies. The rest of her time is spent with two entertaining orange cats and two lively golden retrievers.

Roger Laferriere serves as the Emergency Preparedness Coordinator for Rocky Mountain Laboratories, a part of the National Institutes of Health. He is a 24-year Coast Guard veteran and has served in several Emergency Management Positions since his retirement. He has responded to hundreds of oil, chemical and biological incidents. His most notable achievements include Incident Commander for part of Hurricane Katrina, where he helped rescue 33,000 stranded survivors, responded to an 8 million gallons oil spill and the largest hazmat response in U.S. history. He was also Incident Commander for the Deepwater Horizon Oil Spill, the largest environmental cleanup response in the world. He received a call from the honorable President Barack Obama for his outstanding leadership.

Ryan Wetzel, born and raised Montanan and a descendant of the Blackfeet Nation, is a former professional basketball player, hall of fame athlete, coach, motivational speaker and mental health professional who's extensive background expands nearly 20 years across areas of suicide prevention, drug and alcohol prevention, law enforcement, community corrections, mentoring and clinical case work. He is also co-star of the acclaimed basketball documentary Never Too Late and is featured in the book The Rise Of American Indian Basketball which will be released in the spring of 2020. A graduate from the University of Montana and Montana State University Billings, Ryan holds an Associate of Arts Degree in Behavioral Science and a Bachelors of Science Degree in Psychology. He thoroughly enjoys being a proud father to his six wonderful children and supportive husband to his lovely wife, Brooke.

Sam Kern is host and producer of Radically Different - a podcast series that explores lifestyles and career paths that break from the American norm. Since graduating college in 2018, he's been living in various parts of the world, working remotely from his laptop, and interviewing people living life on their own terms. Sam believes that exposure to "radically different" ways of living not only gives you more choice and power to create the life you want to live, but also leads to a more empathetic and connected world. Sam was raised in Hamilton, Montana and graduated with a computer science degree from Montana State University. He's deeply honored and excited to be back in his hometown, sharing his story with the community that raised him.

Seth GaleWyrick is an innovation consultant with Biomimicry 3.8 in Missoula. Their team of biologists, engineers, and designers study and apply solutions from the natural world to design problems at the human level. His passion is enabling breakthrough sustainable innovation to companies' trickiest challenges. Seth believes that nature has already solved most, if not all, of the significant challenges facing our world today as long as we learn to ask the right questions. In addition to project work, he facilitates courses and workshops and is faculty in the Biomimicry Master's Program at Arizona State University. He holds a degree in Engineering Mechanic and both a Master's and Professional Certification in Biomimicry.

Tara Walker Lyons is a professional photographer, a proud Piikunii (Blackfeet), and an outspoken activist for painful issues relating to her tribe and beyond. Born on the Blackfeet reservation and raised in the Bitterroot Valley, Tara has established herself as a prominent voice for tough issues like childhood sexual abuse and missing & murdered Indigenous people. Lyons is a passionate Indigenous leader and survivor of chronic childhood trauma. By working to pass multiple pieces of legislation, speaking to audiences across the country, and sharing her story of survival & strength, Tara has established herself as a prominent voice of change in our State. Tara has worked to reform Montana’s Statute of Limitations laws, created our country’s very first “Sexual Assault Survivor’s Day” in Montana, and passed a law aimed towards educating children in public schools about body safety. It is named 'Tara’s Law' in her honor. Lyons currently lives in Missoula where she raises her two children. 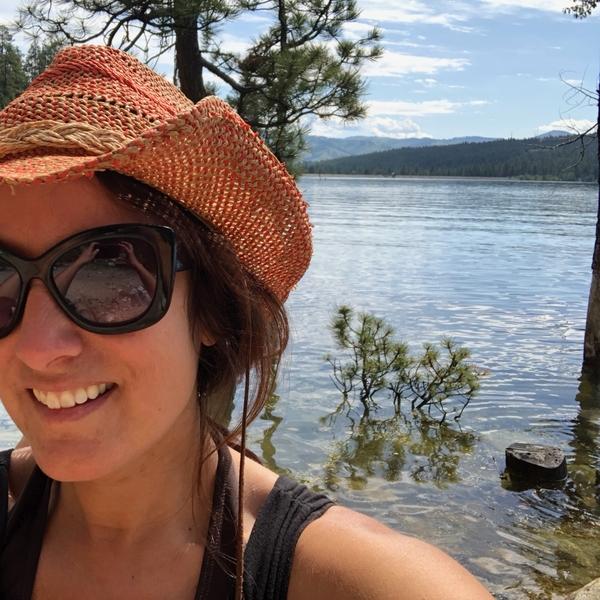