TEDxBlighStreet is an independently organised TEDx event focussed towards the Sydney business community, and hosted at 1 Bligh in the heart of the Sydney CBD.
TEDxBlighStreet was created to share new and inspiring ideas within a community that, although influential and innovative, is often overlooked when it comes to creative events.
The theme of this year's event is 'Interconnection'. From nanotechnology, and how the manipulation of individual atoms can have vast impacts on industries such as health and engineering, to how we create sustainable and connected cities, to the measuring of far off galaxies; our speakers are fascinated by how change can effect change, and how ultimately we are all part of the whole.
We believe that a diverse range of topics and speakers inspires our audience, and ultimately helps them view their business and personal challenges from a fresh perspective.

Annie was a member of the Australian Paralympic Swim Team for eight years and managed to balance her extensive sporting and travel commitments with a highly successful and demanding corporate career as a lawyer. Annie captained the Australian swim team, broke five world records and won numerous medals for Australia, including gold at the London 2012 Paralympic Games. While she was an athlete, she worked in Paris for the Australian Trade Commission, Washington D.C. for Perennial, an agency that represents NFL and NBA players and was, for a fleeting moment, Charlize Theron’s stunt double in Mad Max 4: Fury Road. Annie worked in the Mergers and Acquisitions department at top-tier law firm and was the Legal Counsel for the Australian Olympic Committee. She has worked for the Court of Arbitration for Sport and was awarded the Medal of the Order of Australia for service to sport. Annie is the Vice-President of the Board of Paralympics Australia.

David Astle is a writer, puzzle-maker and broadcaster. His latest book is Rewording The Brain, exploring how puzzles ignite your neurons. While his crosswords appear on Friday in The Sydney Morning Herald and The Age, under the alias of DA. He’s also the Evenings host on ABC Melbourne, and the regular language sleuth on ABC’s News Breakfast.

Dr Emma Lee is a trawlwulwuy woman of tebrakunna country, north-east Tasmania, Australia. She is an Aboriginal and Torres Strait Research Fellow at Centre for Social Impact, Swinburne University of Technology. Her research fields over the last 25 years have focused on Indigenous affairs, land and sea management, policy and governance of Australian regulatory environments. Dr Lee has published in diverse journals ranging from Biological Reviews to Annals of Tourism Research. She is the 2018 recipient of the University of Tasmania’s Foundation Graduate Award and one of Swinburne’s 2019 Research Impact Award alumni, while receiving prestigious fellowships to study in Europe and Asia.

Professor Brodaty is a researcher, clinician, policy advisor and strong advocate for people with dementia and their carers. At the University of New South Wales in Sydney, Australia, he is Scientia Professor of Ageing and Mental Health, Montefiore Chair of Health Brain Ageing, Co-Director of the Centre for Healthy Brain Ageing, and Director, Dementia Centre for Research Collaboration. As well as being a prolific researcher with over 600 publications in refereed journals, he is a senior psychogeriatrician and Head of the Memory Clinic at Prince of Wales Hospital in Sydney. Professor Brodaty was previously President of the International Psychogeriatric Association, Chairman of Alzheimer’s Disease International, and President of Alzheimer’s Australia NSW and Alzheimer’s Australia. In 2000 he became an officer of the Order of Australia and in June 2016 received the Ryman Prize for the world’s best development, advance or achievement that enhances quality of life for older people.

Loic Barancourt is a pioneer of the Internet of Things (IoT) who is passionate about how technology can solve sustainability challenges. With a reputation as a visionary InfraTech entrepreneur, Loic co-founded Thinxtra Ltd in 2015. Today, Thinxtra is the leading IoT Telco across Australia, New Zealand, Hong Kong and Macau. As a CEO, Loic’s vision is to accelerate the creation of large-scale efficiencies for a carbon neutral, sustainable future via mass-IoT deployments. Prior to this current venture, Loic led some of Australia’s first strategic IoT initiatives in Utilities, Health and Transport at NetComm Wireless and Sagemcom. Born in France, Loic studied a double master's degree in energy and telecom engineering at Centrale Paris/Supelec and business and entrepreneurship at ESCP Europe and University of Texas, Austin. He now calls Australia home.

Dr Noushin Nasiri has received her PhD in Nanotechnology from the Australian National University (ANU), in 2017. Then, she took a postdoctoral position at University of Technology Sydney, Faculty of Science where she continued working on nano-structured materials for health, energy and environment application. In 2018, she joined the School of Engineering at Macquarie University as a Lecturer and Group Leader. Her research lies at the intersection of science, technology and engineering as she is focusing on early stage detection of diseases just with a puff of human breath. An array of diseases such as diabetes, different types of cancer, liver and kidney failure can all be detected from our breath alone. In much the same way as a police officer can detect if you are drunk with a breath analyser, it is possible – in the very near future – that we can detect diseases with a simple, non-invasive and quick breath test.

Rachel Kent is the Chief Curator of the Museum of Contemporary Art, Australia. She has presented exhibitions in Australia, the Asia Pacific region and North America, and she speaks and publishes widely on contemporary art and curatorial practice. She has curated major career retrospectives for the MCA Australia including David Goldblatt: Photographs 1948-2018 (2018), Grayson Perry: My Pretty Little Art Career (2015), and Yoko Ono (2013) War Is Over! (if you want it). Her Yinka Shonibare MBE survey travelled to the Brooklyn Museum, New York and the National Museum of African Art, Smithsonian Institution, Washington DC in 2009-2010. Rachel is the curator of the 2019/20 Sydney International Art Series exhibition Cornelia Parker.

Richard Glover’s most recent book is “The Land Before Avocado: Journeys in a lost Australia”. It’s been described by Hugh Mackay as “warm, wise and very, very funny”, and by Annabel Crabb as “Hilarious and horrifying, the ultimate intergenerational conversation starter’. Richard is also author of “Flesh Wounds – a comic romp for anyone whose family was not what they ordered.” He writes regularly for the Sydney Morning Herald and The Washington Post, and presents the comedy show Thank God It’s Friday on ABC local radio.

Sam Trethewey has returned to farming production to build data around innovative, futuristic and truly regenerative farm management systems. After a decade working on properties around Australia and the UK, then five years working in corporate agribusiness, Sam co-founded the first Agtech Accelerator program in Australia. From there, he was left alarmed and unconvinced of current food production methods including their ability to meet future demand and reduce or reverse their environmental impact. A true entrepreneur, Sam founded the Tasmanian Agricultural Company and has set out to create and validate systems that will attract capital, talent and leadership in agriculture to enable the next evolution of food and fibre production.

Dr Vanessa Moss is an astronomer based at CSIRO Astronomy and Space Science. She has studied cosmic phenomena across the universe, from the hidden structure of the Milky Way halo to dense gas casting shadows against distant black holes. She recently returned to Australia after working overseas at ASTRON, the Netherlands Institute for Radio Astronomy. While there, she served as Head of Apertif Telescope Operations for the newly-upgraded Westerbork Synthesis Radio Telescope and also worked with LOFAR, a telescope spanning across Europe. In her position at CSIRO, she is Head of Science Operations for the groundbreaking Australian Square Kilometre Array Pathfinder and leads training of the next generation of radio astronomers in their work with the Australia Telescope Compact Array. She is a core member of FLASH, a global team searching for absorption towards black holes, and engages in outreach whenever she can to share the excitement of exploring the universe. 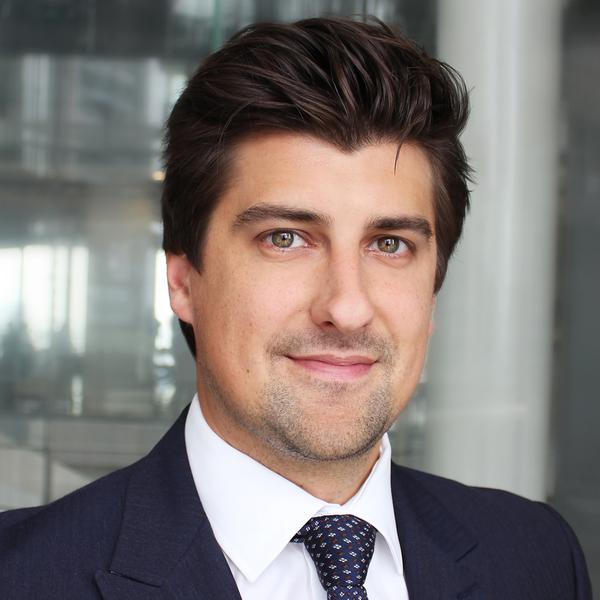