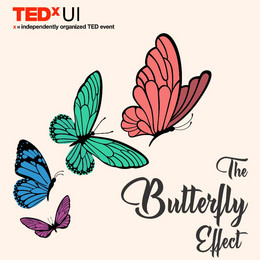 "You could not remove a single grain of sand from its place without thereby … changing something throughout all parts of the immeasurable whole."

The butterfly effect is the idea that small things can have non-linear impacts on a complex system. The concept is imagined with a butterfly flapping its wings and causing a typhoon.

Of course, a single act like the butterfly flapping its wings cannot cause a typhoon. Small events can, however, serve as catalysts that act on starting conditions

The butterfly effect has become, in modern times, a metaphor for the existence of seemingly insignificant moments that alter history and the shape of destiny.

If we can apply the idea of the butterfly effect to our own lives, then maybe we can take comfort from the fact that even the smallest action, word or gesture on our part may have a knock-on effect of which we simply can’t conceive in the present moment. The ripples of our words and actions can spread far and wide, whether we’re aware of our influence or not.

He is the Co-Founder of Piggy Tech Global Limited and is interested in Business Development.

Dotun Olowoporoku is an associate director at Novastar Ventures, an early stage fund that invests in businesses addressing the biggest problems for the low income mass markets in Africa. Prior to joining Novastar, Dotun was the Managing Partner at Starta, a startup advisory firm for high growth businesses in Africa. Starta recently rebranded as Growthlab an online membership growth programme with a co-working space in Lagos. Dotun started his career as research fellow on air quality and climate change in Bristol, England. In 2012, he founded an on-demand food delivery platform, leading the startup to scale across 3 cities in the UK and facilitated strategic partnership with Just-Eat UK Plc in 2015. Dotun was the recipient of 2014 Southwest England Breakthrough Business Prize, and was identified as one of the 42 under 42 most influential business person in the region. Dotun has a PhD in environmental management. He is the host of Building the Future podcast which chronicles African growth narrative through one-on-one conversation entrepreneurs, thought leaders and innovators shaping the African future.

An incredibly gifted individual. Shobo – as he is fondly called is a sought after brand consultant, premium voice over talent and an inspirational speaker . He began his career as a brand consultant with a passion to build brands locally, and will be globally relevant. Shobo in no small measure has contributed and sharpened brand awareness among existing and start up brands through his brilliant nuggets in this discourse on various media platforms. Having worked for various multinational brands for over fifteen years, his passion for growth and a need to groom African talents for global takeover inspired him to start the pioneer training hub for voice talents in Africa (The first ever in Subsaharan Africa), The Voice Over Academy as well as the continent's largest and most professional pool of voices - The Voice Over Bank For him, his dream has been to constantly transform and disrupt any industry he ventures in primarily in Africa from irrelevance to global relevance.

Tonye Rex Idaminabo, a Nigerian lawyer & Serial entrepreneur. Holds a Master’s Degree in International Contracting Law from Glasgow Caledonian University, Scotland. He was ranked by Forbes Magazine among leading Young promising African Entrepreneurs, 2015. Named amongst 100 Most influential Young Africans in 2016. He is the Founder, African Achievers Awards, CEO of Achievers Media, (A reputation management outfit, a Media company that focuses on developmental analytics and innovation in governance across the world, creating, profiling and promoting brands. Executive director Institute of Leadership and Management, ED Reputation Poll International Ltd (UK). He is also the co-founder of the Young CEOs Business Forum, a platform that train and empowers young entrepreneurs across various countries around the world. He has received several awards which includes the Cambridge Leadership Award which was presented to him by the Mayor of Cambridge.

As Founder-President of The Wellbeing Foundation Africa (WBFA) Her Excellency Mrs Toyin Saraki is a Nigerian leader, advocate and philanthropist for maternal, newborn, child and adolescent health, as well as socio-economic empowerment. Through WBFA, and working with a broad range of partners that include the UN, the Nigeria Federal Ministry of Health, and the organized private sector, Mrs Saraki has demonstrated leadership, over two decades, on the advancement of women’s and children’s health through community health workers and midwives. Mrs Toyin Saraki was appointed Inaugural Global Goodwill Ambassador to the International Confederation of Midwives in 2014, taking on the responsibility of advocating for the improved recognition of the roles, rights and remuneration of the midwifery profession, globally. She is Save the Children’s Newborn Health Champion for Nigeria; and is a Global Champion for the White Ribbon Alliance for Safe Motherhood. 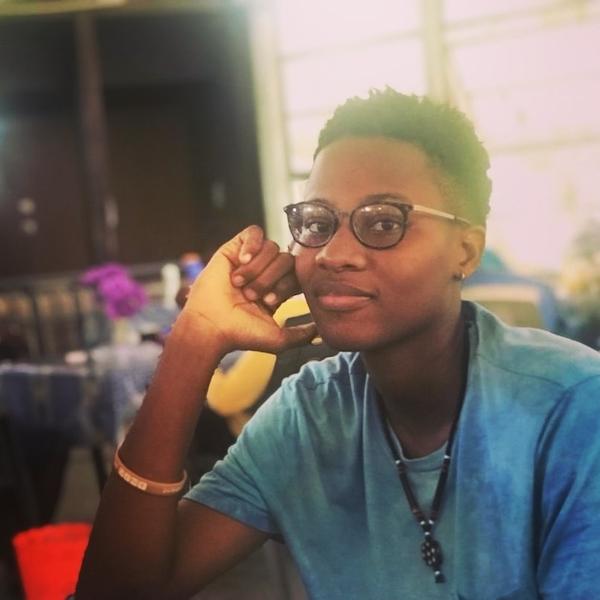