Ananya Cleetus is the Founder and Developer of Anemone, a mental health crisis app for people experiencing mental health emergencies. Being bipolar herself, she understands the importance of having digital tools to manage mental health in today's world. Ananya also developed a 3D-printed robotic prosthetic hand for leprosy victims in India. She was invited to the White House to present her robotic hand, while the Mayor of Pittsburgh named a day after her in the city of Pittsburgh. She was also recognized for her social network start-up, Magikstra, at the Carnegie Science Awards as its youngest recipient ever. When she's not coding or tinkering around, Ananya likes to make memes (She's the founder of UIUC Memes For Underfunded Teens and an admin for Microsoft's meme group), and bake pecan pies. Hear her talk about how to combat mental health in a digital world and share her personal experiences about being a college student with mental health illness.

Carl A. Gunter is a Professor of Computer Science at the University of Illinois. He teaches and does research related to computer security and privacy. He has authored over 150 articles in the research literature and made contributions in many areas, including programming languages, high-assurance software engineering, and security for the Internet, electric power grid, and health information technology. His current teaching includes training students to analyze potential adverse impacts of advances in computer technology.

As CEO of Lyrical Lemonade, Cole Bennett has produced some of hip hop’s most viewed videos. Entrepreneur Cole Bennett is not afraid to confront risks to move ideas and creative expression forward. Growing up in Plano IL, Cole enjoyed bringing ideas to life. Whether, creating comics or making skits with friends, he always loved to create. At 17 years old and a senior in high school, Cole produced his first music video. Discovering this deep passion, he founded Lyrical Lemonade while still in high school. After graduation, Cole moved to Chicago to attend DePaul University and further chase his dreams for Lyrical Lemonade. Cole’s dreams quickly became an undeniable reality that led him to dropout of college. His imprint, Lyrical Lemonade, is now a multi-faceted company that specializes in visual content, live events, high demand merchandise and more. At the age of 22, Cole has now directed over 300 music videos for some of the most influential artists that have amassed over 2.8 billion views. Cole has been featured in major publications such as Rolling Stone, Forbes, XXL, and Billboard Magazine. As the Summer approaches, Bennett is exploring another adventure - preparing to enter the beverage business with his very own lemonade. The lemonade launch is just in time for the second annual Lyrical Lemonade Summer Smash, a hip hop music festival expected to bring together 20,000 people in Douglas Park, Chicago.

“I believe the 7.6 billion people we share this earth with can and SHOULD develop technical skills to help achieve their goals. I'm determined to spend the rest of my life working to make this happen.” Dona spends her days engineering software as the Chief #NinjaCat of the Insider Program at Microsoft, writing fiction and non-fiction, designing fashion, coaching entrepreneurs in emerging markets, saying words on stages all over the world, and coming up with some REALLY terrible schemes. Her favorite, FAVORITE job is being a bossy big sister to thousands of amazing humans who want to #DoTheThing. She was recently named one of Fast Company’s 100 Most Productive People.

When Elise Swopes first joined Instagram in 2010, she couldn’t have imagined that she’d one day be featured on billboards, in commercials, and on mood boards at agencies across the globe. She just knew that the phone in her hand held an incredible power, one that would allow her to inspire others while showcasing her unique vision. Since then, the self-taught photographer and graphic designer has used her business savvy to spin influencer marketing on Instagram into a full-fledged career. Her work has allowed her to design a debut album cover for singer Jamila Woods, eat delicious vegetarian meals in exotic locales like Dubai and Tokyo, and meld art with a message that has an ability to reach millions. As she heads into the future, she continues to innovate in the increasingly multimedia landscape of digital communication, delving into video production that fits within the format of Instagram Stories to take followers on adventures with brands like Adidas and Pandora.

Considered NBA star Shaquille O’Neal’s “Head coach for Happiness”, Dr. Elizabeth Lombardo is on a mission to free people from their inner critic to create the health, wealth and happiness they crave. As America’s most interviewed celebrity psychologist, she has had over 100 radio and TV appearances on shows like Good Morning America, Dr. Oz, The TODAY Show, CNN, and Fox Business News. Dr. E’s expertise has contributed to articles in The New York Times, The Wall Street Journal, Fortune, SUCCESS, Cosmopolitan, Health, Forbes and other respected publications. As a speaker, Elizabeth has keynoted around the globe working with clients including Coca-Cola, Deloitte, UBS, Oppenheimer Funds, Weight Watchers, Zappos and Canyon Ranch. A Licensed Practicing Psychologist with a Ph.D. in Clinical Psychology and a master’s degree in Physical Therapy, Dr. E is also the author of the bestselling book, Better Than Perfect: 7 Strategies to Crush Your Inner Critic and Create a Life You Love.

Evangelo Bousis became the co-founder and image director of Dundas, the internationally acclaimed fashion brand – raising $5million in the process – by breaking the rules, trusting his instinct and leveraging a secret weapon we all, at some point, have: inexperience. Evangelo Bousis doesn’t do what he’s told. In fact, most of the time he does the exact opposite, but being a contrarian has stood him in good stead. Now the co-founder and image director of Dundas – the fashion brand helmed by his partner in life and business, Peter Dundas – Bousis is blazing the most glamorous of trails, if his instagram is anything to go by. The truth is, the Chicago-born Bousis achieved startlingly quick success by leveraging some traits we all have inside us: curiosity and confidence. Formerly a model and actor, Bousis had no experience in the fashion industry’s notoriously tricky business end, but used his entrepreneurial intuition to take a brand from start-up to global stardom in record time, raising funds along the way. Far from being a hindrance, Bousis’s inexperience afforded him the perfect perspective to disrupt a tired industry model by eschewing advertising and embracing social media. Launching the brand was the biggest coup of all: dressing a pregnant Beyoncé for the Grammys. He proves that when it comes to starting a business, it’s often what you don’t know that can provide you with the best platform for success.

Jack Fusco is a landscape-astrophotographer / timelapser based out of San Diego, California. What began as a way purely to document his travels as a touring musician, photography has become his main form of creative expression. On his often-sleepless journey, he strives to share the wonder of the night sky with as many people as possible. Whether chasing the Milky Way along coast lines or capturing the Northern lights in unforgiving remote locations you’re sure to find him coffee in hand, smiling up at the stars. Many of Jack’s images are often planned days, weeks, or even months in advance while waiting for weather and celestial objects to align. The resulting work shows a true and complete dedication to his craft. His work has been featured by National Geographic, LA Times, NASA APOD, BBC, Forbes and many more.

Jinjun Xiong is the Program Director for Cognitive Computing Systems Research at the IBM Thomas J. Watson Research Center. He is responsible for defining the scientific agenda and strategic directions for advanced cognitive computing systems research across industries, academia and governmental agencies. In that capacity, he co-directs the IBM-Illinois Center for Cognitive Computing Systems Research (C3SR.com). He received his Ph.D. degree in Electrical Engineering from University of California, Los Angeles, and his Master’s and Bachelor’s degree in Tsinghua University. His research interests include AI/cognitive computing, big data analytics, deep learning, smarter energy, and application of AI for industrial solutions.

Katie is a current American Record holder in the 400m IM, 2 time Olympian (2004,2008), 3 time Olympic medalist, and former world record-holder. Throughout the years, Hoff earned USOC Sportswoman of the Year in 2005 and 2007. She also has 8 World Championship Gold Medals to her name from 2005, 2007, 2010 and 2011. Katie retired in 2014 after making a comeback for 2016 due to Pulmonary Embolism in her lungs. She is currently working and living in Chicago with her husband, Todd and French Bulldog, Ally.

Wen-mei W. Hwu is a Professor, Acting Department Head and the Sanders-AMD Endowed Chair in the Department of Electrical and Computer Engineering. He co-directs the IBM-Illinois Center for Cognitive Computing Systems Research Center and the IMPACT research group (www.impact.crhc.illinois.edu). He received the ACM SigArch Maurice Wilkes Award, the ACM Grace Murray Hopper Award, the IEEE Computer Society Charles Babbage Award, the ISCA Influential Paper Award, the MICRO Test-of-Time Paper Award, the IEEE Computer Society B. R. Rau Award and the Distinguished Alumni Award in Computer Science of the University of California, Berkeley. He is a fellow of IEEE and ACM 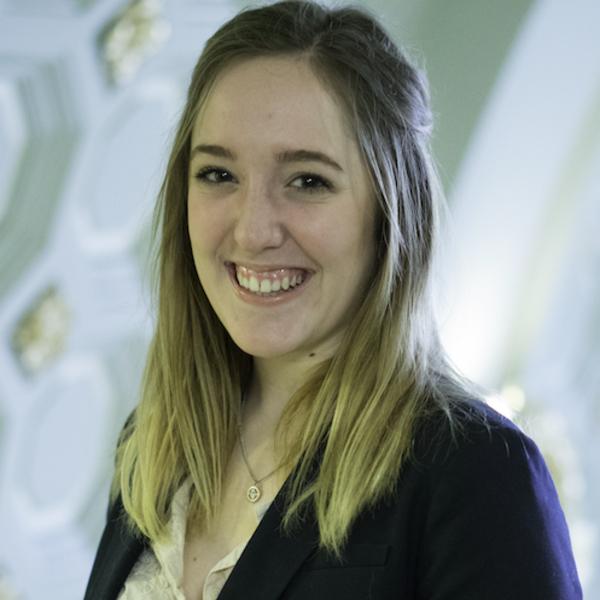