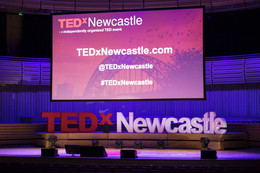 Bruce Daisley is the author “The Joy of Work: 30 Ways to Fix Your Work Culture and Fall in Love with Your Job Again” which reached the no 1 position on the Sunday Times business bestseller list. It was the FT Book of the Month and has been translated now into 11 languages. Bruce also hosts the Apple #1 Business Chart-topping podcast Eat Sleep Work Repeat on work culture. On top of all this, Bruce’s day job is the EMEA Vice President of Twitter. He joined the company in 2012 having previously run YouTube UK at Google.

Like any great designer, if Clara has a superpower it would be her ability to see the world differently to the mainstream. Clara is an intrepid designer, inventor and creative director committed to enriching the lives of people through hopeful product innovation. The daughter of a mechanical engineer and a fashion boutique owner, she studied industrial design in Italy before setting up her own fashion label in Berlin, only to get back into design engineering a few years later, this time in London. Consequently, her design method is defined by a rare ability to integrate seemingly disparate realms and elements: art and engineering, purpose and aestheticism, the physical and the digital. When she’s not the colourful and multifaceted co-founder and creative director of Special Projects, Clara is a visiting senior lecturer at the Royal College of Art and at Queen Mary University of London and a faculty member of Oxford University Said Business School OSLP.

Gary Turk is an award-winning poet, storyteller and filmmaker who became an Internet sensation following the success of his viral video ‘Look Up’. The video is a five minute spoken word poetry performance mixed with a filmed narrative which looks at how the overuse of smartphones and social media can disengage us from real experiences, human interactions and living in the real world. Gary’s work has garnered worldwide coverage from BBC News, Fox News, TIME and more. He has appeared on BBC Breakfast, The One Show, Good Morning Britain, Sunrise (Australia), and The Today Show (USA), among many others. ‘Look Up’ is currently the most viewed Spoken Word film on the Internet, and went on to win Best Viral Film at Cannes Media & TV Awards. Gary was awarded ‘Global Thought Shaper of the Year’ in 2014 by the United Nations WTO for his work encouraging people to better appreciate the world around them. Gary currently has over 62 million views and 120,000 subscribers to his YouTube channel.

Hannah is a self-confessed charity and data geek with an unquenchable desire to improve as many young lives as possible. In her early career Hannah learned how to measure performance and use data to improve organisations. At the age of 25, Hannah became CEO of The Key, a charity inspiring belief in young people. Working with venture philanthropists, Impetus PEF, they used data & metrics to build a vibrant, robust and well respected organisation. Outside of running The Key, Hannah’s been a Director of Datakind UK since 2013 and became part of the ‘Data For Good’ movement. When she’s not trying to change the world, you’ll find Hannah chasing a mucky toddler or renovating their old farmhouse in Northumberland.

Prof Jennifer Rogers is Head of Statistical Research at PHASTAR, a global research organisation based in London. She directs research strategy and provides leadership to their statistical consultancy practice. Previously, Jen was an Associate Professor and Director of Statistical Consultancy Service at the University of Oxford. Jen is also on the Council and is the VP for External Affairs on behalf of the Royal Statistical Society. She was also appointed President of the British Science Association Mathematical Sciences Section for 2018. Jen is a passionate communicator of all things statistics in schools, theatres and pubs, as well as regular TV and radio appearance. One of her proudest moments is joining the world tour of the Curious Incident of the Dog in the Nighttime in Australia to take part in associated outreach shows. She’s made a few appearances on BBC Radio 4’s More or Less and is well known for her arguments with Ryanair on BBC Watchdog and in The Times.

Jonathan is the co-founder of QuantuMDx, a Newcastle-based biotech startup looking to revolutionise medical diagnostics around the world. Jonathan’s professional journey began at Lewes Old Grammar School in Sussex where he discovered a passion for genomics. Eventually this led to he and co-founder, Elaine Warburton, to startup QuantuMDx. Working with frontline health workers in South Africa, they saw an urgent need for medical diagnostics to be available more easily, cheaply and reliably than what currently exists. And while this will help the urgent mission of helping healthcare workers diagnose patients today, it also has the potential to help in the rising global battle against drug resistant bacteria. Jonathan was recognised for his achievements in 2015 when he was awarded European CTO of the Year, he advised Lord O’Neil’s Review on Antimicrobial Resistance in 2014 and is quoted in the 2018 book; “Superbugs – An Arms Race against Bacteria”.

Mudlarking is the practice of scavenging river banks looking for treasures hidden in the mud and Lara Maiklem has spent nearly 20 years doing exactly this mostly along the River Thames. She started river walking as a way to relax and over time started to become increasingly curious about the wide variety of things she found on her walks. Often these tiny discoveries yielded incredible history and stories behind them. As she began to document and share her discoveries she discovered there was a surprisingly large community of people who were fascinated by her findings and the practice of mudlarking. This ultimately led Bloomsbury Books (famous for the Harry Potter series) to publish her first book appropriately titled, Mudlarking. Launched earlier in August 2019, the book has shot to Number 2 on the Sunday Times Bestseller list as well as being named the BBC Radio 4 Book of the Week.

Lizzy Hodcroft was born in Scotland, spent her youth in Texas and more recently relocated to North East England. Despite her relatively short time in Newcastle she has quickly made her mark. Earlier this year she was named to the Journal’s 35 under 35 list of rising stars to watch. As Founder of The Sweet Beet she was invited to appear on the BBC’s Dragons Den. More recently her passion for the advocacy of mental health led her to co-found Myndr, a mental fitness startup company. Lizzy also sits on the Toon Council for The Sick Childrens Trust and volunteers as a mentor for The Girls Network.

Paul Irwin has a background in working with disadvantaged young people. He created an interactive film series “TryLife” aimed at educating young people about the consequences of their actions. If you remember the old choice-based adventure books, TryLife is interactive digital video version of those books. He has now created 4 interactive films with a further three in development. Paul’s talent at creating and curating content has also seen incredible success in social media. He has a huge following and reaches up to 188,000,000 people per week. In one month TryLife managed to reach 65% of all Facebook users in the USA with no marketing spend and using one mobile phone. Paul was the first winner of the HRH Pitch at the Palace awards which is a prestigious competition for tech startups. Recently, he started developing an interactive film with the heads of the Bloods, Crips and Mexican Mafia in South Central Los Angeles with the support of Facebook and the producer of Bladerunner.

Phil James is a Senior Lecturer in Engineering at Newcastle University, director of the Newcastle Urban Observatory and leads the UK National UK Urban Observatory Programme. His research is at the intersection of Engineering and Computer Science with a recent focus on IoT and environmental monitoring. He leads the EPSRC funded CORONA (City Observatory Research platfOrm for iNnovation and Analytics) project and has a research portfolio of interdisciplinary research worth over £15m. Earlier in 2019, Phil was part of the Newcastle team that won “Smart City of the Year” awarded in London. Newcastle was noted for its collaborative and innovative use of technology across the city to deliver services more efficiently and make life more liveable. The Newcastle Smart City Partnership aims to deliver better transport, cleaner air, more responsive local services and creating more independence for people in their own homes through the exploitation of big data and technology.

Founded in 1996, the Baghdaddies’ are one of the more remarkable world music mashups we have seen in some time. They are an exuberant marriage of Balkan melodies, ska, punk, jazz, Latin grooves and plenty of brass. Based in North East England, the Baghdaddies’ like to say that they “take themselves incredibly seriously so you don’t have to…” Their latest album was released in May 2019, entitled “Bykerumba” and appropriately launched at the Cluny in the Ouseburn area of Newcastle.

After dumping a career in graphics, Wilfrid plunged into prop making at cult classic British television show, Spitting Image. Here he learnt his trade as an ‘apprentice headbuilder’, starting in the Eyeballs and Blinks department and moving on to Dogs and Sheep. 25 years later he is now a portrait artist. His subjects are famous people, invented characters, strangers and friends. He spends hours studying characters in the supermarket, on the bus and in celebrity magazines. Wilfrid is commissioned to make both sculpted and drawn portraits, regularly drawing people from life in his Hackney studio. Currently he is engaged in a series of pastel portraits, mainly of curious individuals who have made contact through Instagram and volunteered their time. 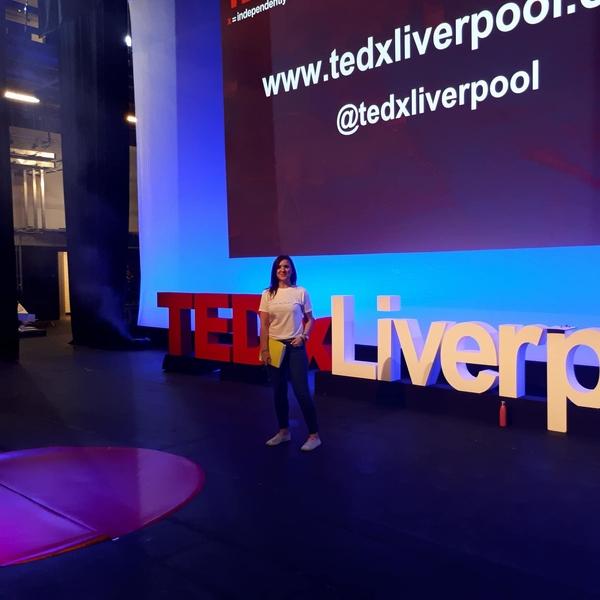