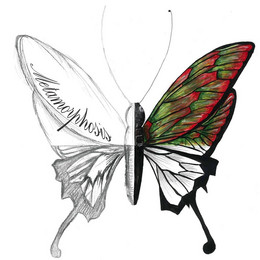 We chose the butterfly to represent our theme not only because of it’s beauty and it’s amazing transformation but also to include the butterfly effect concept which is “the sensitive dependence on initial conditions in which a small change in one state of a deterministic nonlinear system can result in large differences in a later state. that a small change can make much bigger changes happen” This effect theorises that a hurricane in China can be the result of a butterfly flapping its wings in New Mexico. It may take a very long time, but the connection is theorized to be real. If the butterfly had not flapped it’s wings at just the right point in space/time, the hurricane would not have happened.
This so-called "butterfly effect" is used to explain why chaotic systems like the weather can't be predicted more than a few days in advance, and that’s what’s known as the “Chaos Theory”
And from these ideas our topic of this day emerged, and our mission is to remind you of the importance of not underestimating the work you do, even if it seems small and not worthy of anything. The greatest achievements in your life can start from a small change. This change can be as simple as waking up early or making your bed. This change that came from within you will radiate to the people around you, and so on, making you the first hand in a great change that will expand throughout your life and the lives of the ones that surround you, because if you want to change what’s around you, you have to start within yourself.

Ammar Mango CSSBB, PgMP, PMP is a Performance Hacker. With a passion to help clients breakthrough and transform into higher levels of performance, Ammar uses practical solutions, based on the latest cutting edge global best practices and technology. Ammar is the Founder of Case in Point; A company focused on helping organisations and individuals improve competitiveness and boost performance using digital transformation drivers. His strong experience in Organisational Development that's over 25 years included consulting and coaching for Fortune 100 companies worldwide with the objective of achieving sustainable higher levels of performance. Ford Motor, Detroit Edison, and Fermi II Nuclear Plants are among clients Ammar has served while in the USA from 1988-2000. He also provided training and consulting to global leaders like Unilever, Saudi Telecom, Zain, Orange, United Nations, in addition to many small and medium businesses and NGOs.

Jordanian novelist and poet born in Jordan/Jerash-Souf. He grew up an admirer of Arabic language, obtained a BA in Civil Engineering then another BA in Arabic Language, and a MA and PhD in Arabic-Linguistics and Syntax. Mr. Otoum gained popularity for his novel "Ya Sahebay Al-Sijn", released in 2012. He also has several collections of poems, the most recent being "Khothni Ela AlMasjed AlAqsa". He worked in both his professions, as an executive engineer and as an Arabic teacher in schools to raise a conscious generation with the ultimate admiration for Arabic and passion for reading. The poet's writings are famous for their honesty and depth of expression. His writing style is simple, yet entertaining, using standard eloquent Arabic, and brilliant descriptions that are able to perfectly convey emotions and places they start to feel as your own. The writer's books gained popularity until they made it to fill every shelf of every bookstore in different Arabic countries.

Ban completed her BA in Industrial Engineering from the University of Jordan, and an entrepreneur and creator of Puppets World Jo, the first educational mobile puppet theatre in Jordan, and has a degree in Puppetry. Puppets World aims to raise children's awareness in multiple aspects such as friendship, participation, peace, bullying, sexual harassment and more using the colourful puppets, with a bigger focus on children living in rural areas or with special needs, all who are in a greater need for this awareness. Around 12,000 children from 7 different governorates have benefited from the theatre in a less than 6 months period, during which they'd dealt with national and international organisations such as UNICEF, Ministry of Culture, Greater Amman Municipality, King Hussein Cancer Centre, and a lot of schools and Kindergartens. Puppets World grants the children the opportunity to express themselves and use their imagination, it also reflects their thoughts and dreams.

Mr. Kahwati founded "Ibtkrgo" initiative that aims to guide the mental capabilities and youth's powers to achieve innovations and leading businesses, by workshops and events to help them start their projects, both the refugees and the hosting community. He volunteered at several NGOs and programs like HeForShe program with UN Women, UN SDGs Program, and Net-Med Youth. He did many workshops about SDGs and gender equality. He also has worked with KIRON which enables access to higher education and successful learning for refugees through digital solutions. He also has many pieces of training with SPARK, IRC, USAID. He has trained and guided at least 450 participants on how to use modern technology Internet of things (IoT) to create innovative projects and transform them into a successful business model.

Hani Akasheh is a medical doctor and an entrepreneur. He is the founder of Human Energy Management, an educational and training platform that focuses on raising awareness on psychosomatic disease and mental health empowerment through delivering multi-modal, visual and educational programs. With over 250 public workshops/lectures delivered to a broad range of audience ranging from universities, youth empowerment programs to leading tech and corporate giants. His core mission in life is to marry science, technology and art into the awe inspiring universe of human transformation/optimisation. Dr. Akasheh is also the founder of a non-profit company that focuses on delivering neuroscience and neuroeducation training to kindergarten teachers in under resourced areas in Jordan, with hopes of spreading more awareness on neurologically-friendly upbringing and ultimately bridging the gap between powerful scientific ideas and non scientific communities involved in childhood care and education.

Jawan and Sarah are 17 year olds going to Ibn Rush National Academy. Jawan started playing the cello in 7th grade, and Sarah the clarinet in 6th, both inspired by the great musician Mr. Tareq Al-Jundi. Through him they found their passion in the world of music, and made music their voice.

Khaled is a coach and professional in human development, authorised locally and globally in the field of self-development and goals achievement, performance measurement and development of effective learning methods, in addition to helping others in accomplishing their dreams and reaching their aspirations. Mr. Al Hourani is a certified international coach from MEDX Institute in the USA & International British Institute. Founder and CEO of Pluto Company for logistic support. Owner of Khaled Hourani Institute for Counselling and Training. Al Hourani's persistence through the challenges he had faced in his life starting with his parents' death and up until opening his own company inspired him to take up spreading his positive energy to people and influencing them to reach their full potential.

Khaled Atieh was born in 1964 in Rusifa, Amman, of Palestinian descent. He was born deaf and speech-impaired. He trained to be a carpenter at an institute for people with impaired speech and hearing. Since he was young, Khaled has sketched and painted, he considered this the best way to communicate and express himself. He worked as a carpenter, but soon, he turned his passionate hobby into his inspiring profession. In 1986, he started to work at the art department at the Prince Ali Institute for Deaf and Handicapped People in Zarqa. Since 1993, Khaled Atieh has worked as a lecturer in fine arts in different universities. Khaled’s work is exciting and multi-faceted. Every painting is a surprising composition of forms and colours. Closer inspection reveals yet more new elements. In 2001, he won first prize at the prestigious Al-Shariqa Competition for Fine Arts in the UAE. Note: the talk will be in sign-language and will be voice-translated simultaneously by His student shahed.

nour & her husband Nabil like to find the soul in vintage items and to renovate antiques and what may be considered as “scrap”, but to them it’s an entirely different story of beauty and potential. As “Necessity is the mother of invention” it’s also the mother of art and creative ideas. Their store is called “Hunaya” which means “My Here”. Their décor conveys a love for nature, it’s intermediate between vintage and modern designs, each piece tells a unique story which lives forever when all else ceases to exist. Noor loves to help people by offering them mesmerising décor at a very affordable price, because everyone deserves to have a beautiful lively home. She aspires to sell her designs to big brands someday. Nabil also founded Shawerma Zarb, a restaurant which brings the classic Zarb way of cooking to Shawerma from Bedouin areas to Amman, complemented by the restaurant's classic interior design by Hunaya.

Rand has a BA in Nutrition and Food Processing and from the University of Jordan, an entrepreneur, and a one of the founders of "Khosal" establishment to support cancer fighters. Khosal is the first non-profit establishment with the main purpose of providing wigs to cancer fighters who had lost their hair due to chemotherapy to provide support and psychological therapy, which comprises half of the therapy for cancer. And since Rand herself is also a cancer survivor, she supports them through personal experience. A Girl forced cancer to smile 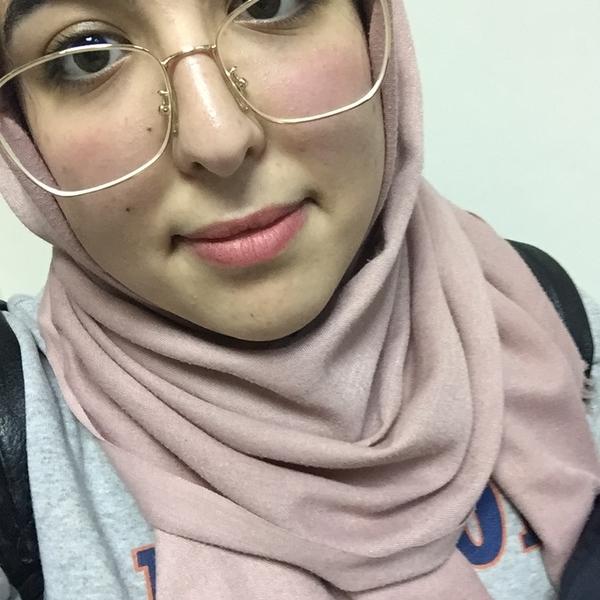