TEDxMPIStuttgart is the first TEDx event organized in Europe by a Max Planck Institute. At our event we want to share our passion and excitement about science and technology with the local community here in Stuttgart. Our goals to host a TEDx event are manifold. We strive to give back to the community that enables our work at the research institute by providing a glimpse into fundamental and applied research and its manifestations in daily life. We envision disseminating ideas on how different concepts shape our surrounding, how something abstract becomes palpable with added value. We also wish to communicate how technological and scientific development enriches society for the benefit of all. Once the audience feels inspired to discuss the ides of the talks afterwards, we will have come a step closer to achieving our aim.

Hagen Klauk studied electrical engineering with a focus on semiconductor device technology at Chemnitz University of Technology, Germany, and at the Pennsylvania State University. After a brief postdoc stint at Penn State, he joined the New Materials and Technology group in the Memory Products department of Infineon Technologies in Erlangen, Germany. Since 2005, he has been head of the Organic Electronics group at the Max Planck Institute for Solid State Research, Stuttgart, Germany. His research focuses on the development of organic thin-film transistors for flexible electronics applications.

Jonty Hurwitz is an artist, engineer and entrepreneur. He was born in Johannesburg, South Africa. Following his studies Jonty travelled in India studying Yoga and wood carving, before arriving in London where he then spent many years in the tech world designing financial risk algorithms. Jonty started producing sculpture in 2009 and now creates scientifically inspired artworks and anamorphic sculptures. He is recognised for the smallest human form ever created using nano technology.

I am a freelance artist who presents and symphonise her emotions and feelings through the omnipresent medium of music. Thanks to the richness of my multiracial origins: French, Cameroonian and German, I have a progressive and broad-minded outlook that is replete with all kinds of shades. At quite a young age, I was fortunate enough to have travelled extensively, where I was received with warmth akin to my own home. Travelling inspires me and I firmly believe that travelling without the hurdles of manmade borders and bureaucracy should be one’s fundamental privilege and right. With the help of my music, I encourage people to follow their dreams and live their life on their own terms and the way they have envisaged. Along with that, I try to instill faith in people that we are the sculptors of our own destiny and anything is possible if we are truly dedicated to it.

Laura Couto Rosado is an artist and designer based in Geneva. Her practice evolves beyond the form/function principle and the “solving problem” dogma; it moves towards other paradigms that reflects the complexity and accelerating social changes. Her projects are at the crossroad of multiple disciplines, revolve around a continual exploration of new territories which are off the beaten path. She is involved in a process of strong symbiosis between design, art, science and technology. This transversal practice misuses technology in a unique way to reactivate our link with nature and make us more conscious of the wonder of its phenomena. The outcomes are hybrid devices that reveal beauty and poetry where one does not expect it.

Leonhard Grill did his PhD in experimental physics in Trieste/Italy with an INFM research fellowship and then joined the group of Karl-Heinz Rieder at the Freie Universität Berlin/Germany (2002). He established his own research group that moved to the Fritz-Haber-Institute Berlin of the Max-Planck-Society in 2009. Since 2013 he is Professor for Physical Chemistry at the University of Graz/Austria. His research focusses on the study of single functional molecules. By using scanning probe microscopy, his group is able to image and manipulate individual atoms and molecules adsorbed at surfaces and to characterize specific molecular functions. In this way electronic, electrical, optical or mechanical properties of individual molecules are controlled with the goal to obtain fundamental physical and chemical understanding of these processes. His research focused in the last years on covalent on-surface synthesis, electrical measurements of single molecular wires, molecular switching processes and the motion of single molecules at surfaces. L. Grill received the “Young Leaders in Science” scholarship of the Schering foundation (2010), the Feynman Prize in Nanotechnology (2011) and is winner of the first Nanocar Race (2017).

Lorenz Kampschulte holds a PhD in Nanoscience and worked for eight years as project manager and curator at the Deutsches Museum in Munich. By teaching complex scientific-technical contents in exhibitions and events, he has built up a broad portfolio of tools for science communication. From 2012 to 2018 he worked at the Leibniz Institute for Science and Mathematics Education (IPN) in Kiel, where he studied the teaching of scientific content at extracurricular learning venues. From 2016 he was also scientific coordinator of the Kiel Science Outreach Campus. Since the beginning of 2018 he has been back in Munich and heads the Education Department at the Deutsches Museum.

Polina Brangel is a Researcher at the London Centre for Nanotechnology. She holds a PhD in Materials and bioengineering from Imperial College London. She is a strong advocate of delivering efficient diagnostics tools for disease prevention and better patient management. Her work focuses on the development of smartphone support systems for early, rapid and cheap detection of the deadliest infectious diseases, including Ebola virus. She has conducted multiple fields studies in Africa to evaluate her tools. Recently she has also provided a technological consultation for the World Health Organization on the evaluation of on-field diagnostic tests. Her main objective is to empower countries with limited medical laboratory capacity by providing low-cost portable smartphone-connected diagnostic tests.

Raymond Chow is a Senior Manager at Daimler Trucks AG, supporting Cyber Security issues globally. In his previous function at Lab 1886, initiated -with RD/RTF colleagues- STARTUP AUTOBAHN – aiming to establish Stuttgart as the leading ecosystem for mobility and tech startups. Being at different positions within Daimler, Raymond Chow’s careerpath has a very global footprint about it. Starting as a trainee in Daimler Financial Services, he soon moved to Mercedes-Benz Financial Services Taiwan to work as a General Manager for Finance & Controlling, later as GM in Sales. After being GM of Strategic Business Development in Australia, he returned to Germany to Daimler Business Innovation. His projects with the respective Daimler Business Units include for example Mercedes-Benz Rent, Daimler Senior Experts (Space Cowboys), Compliance Academy and STARTUP AUTOBAHN.

Raymond Chow is a Senior Manager at Daimler Trucks AG, supporting Cyber Security issues globally. In his previous function at Lab 1886, initiated -with RD/RTF colleagues- STARTUP AUTOBAHN – aiming to establish Stuttgart as the leading ecosystem for mobility and tech startups. Being at different positions within Daimler, Raymond Chow’s careerpath has a very global footprint about it. Starting as a trainee in Daimler Financial Services, he soon moved to Mercedes-Benz Financial Services Taiwan to work as a General Manager for Finance & Controlling, later as GM in Sales. After being GM of Strategic Business Development in Australia, he returned to Germany to Daimler Business Innovation. His projects with the respective Daimler Business Units include for example Mercedes-Benz Rent, Daimler Senior Experts (Space Cowboys), Compliance Academy and STARTUP AUTOBAHN.

Dr. Stephanie Wallis is the chief scientific officer of HigherSteaks, a UK start-up focused on bioprocess innovation and the development of novel manufacturing technologies necessary for the commercialisation of cell-based meat. Cell-based meat is meat created from stem cells and successful commercialisation of these products has the potential to greatly benefit our environment, animal welfare and our health. Early in life, Stephanie made the conscious decision to become dedicated to solving problems that provide significant benefit to a large number of people. This decision, coupled with an interest in the potential of induced pluripotent stem cells, led her to pursue academic research focused on the development of induced pluripotent stem cell models of neurodegenerative disease, including Alzheimer’s disease. In 2018, she co-founded HigherSteaks with Benjamina Bollag, recognising the potential of induced pluripotent stem cell technology to solve the sustainability, health and security problems associated with current meat production.

Tommaso Calarco has pioneered the application of quantum optimal control methods to quantum computation and to many-body quantum systems. Currently, the Director of the Institute for Quantum Control of the Peter Grünberg Institute at Forschungszentrum Jülich, Tommaso received his PhD at the University of Ferrara and started to work as a postdoc in the group of P. Zoller at the University of Innsbruck. He was appointed as a Senior Researcher at the BEC Centre in Trento in 2004 and as a Professor for Physics at the University of Ulm in 2007, where he then became Director of the Institute for Complex Quantum Systems and of the Centre for Integrated Quantum Science and Technology. He has authored in 2016 the Quantum Manifesto, which initiated the European Commission’s Quantum Flagship initiative, and is currently the Chairman of one of the Flagship’s Governing Bodies: The Quantum Community Network. 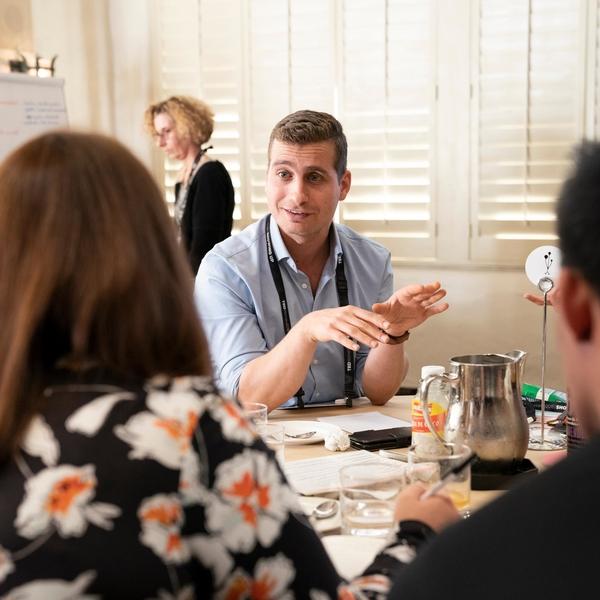 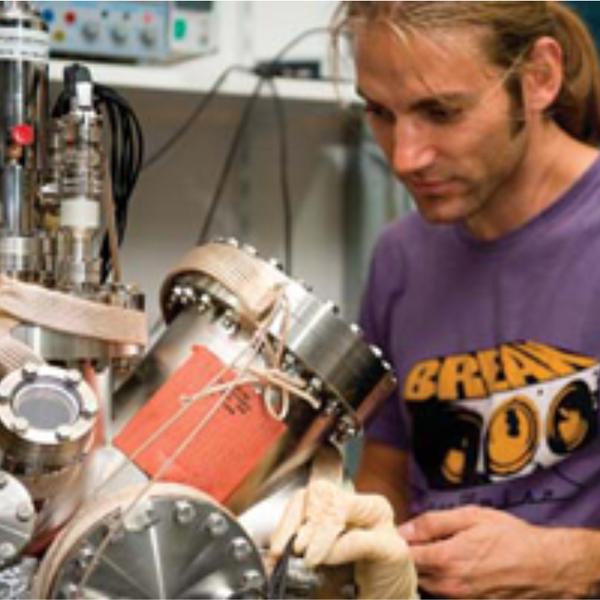