Theme: PASSION – it can get you anywhere!

Passion can be seen as the fuel that allows the human engine to go a little faster and smoother than it usually would. It can also get you much further in life. Not only does passion give us direction, but it also gives us a sense of purpose. And purpose seems to be one of the things people are always looking for. Passion makes things exciting. Passion is the differentiating factor. Passion is what keeps us going until we reach our goals.

Founder and CEO of Braille Skateboarding

Aaron Kyro is the founder and CEO of Braille Skateboarding, Aaron Kyro. Aaron has successfully taken his love of and passion for skateboarding and first created the largest skateboarding channel on YouTube and then took it a step further and created an entire company dedicated to pushing skateboarding all over the world. In 2007 Aaron created the Braille Skateboarding channel and in 2014 his second channel, Braille Army. In the past 12 years these channels have grown to over 4 million and 400k subscribers respectively. He built his own private skatepark in 2016 and created an entire film studio to further his production capabilities. 2017 marked his tenth anniversary in business and saw the launch of his online Braille University dedicated to teaching people to skateboard, film, edit and upload videos.

Hansen Hoepner, born on April 6, 1982 in Singen am Hohentwiel, studied Product Design and Photography at the Academy of Fine Arts Maastricht. After graduation he worked for the interior designer Maurice Mentjens. In 2011 he moved from Maastricht to Berlin to plan the bike tour from Berlin to Shanghai with his brother. He currently works as an independent product designer in Berlin and is part of the central organization team of the creative working group KAOS (www.kaosberlin.de).

Since Jasper studied artificial intelligence at the University of Amsterdam in the mid-90’s he has led a number of successful technology startups including Hyves, Fashiolista, Strawberries and Looklive. In 2016, the time was ripe for artificial intelligences broader deployment and Jasper founded BrainCreators together with two of his former university classmates. BrainCreators is a leading Dutch AI company, empowering enterprises with AI driven solutions. Outside of BrainCreators Jasper is an active startup coach, ambassador for City.AI and angel investor.

Co-founder and CEO of HYVE AG and ICAROS GmbH

When he was 6 years old Michael (51) wanted to become an inventor. To make this happen he had to tap into various fields of education and also found and run many companies. As an industrial designer and mechanical engineer Michael is the co-founder and CEO of HYVE AG and ICAROS GmbH based in Munich. He began his career at the Cleveland Institute of Art in the USA. Afterwards he became a certified mechanical engineer and graduated with the diploma in industrial design from the University of Applied Sciences (FH) in Munich in 1997. After graduating Michael started his own business as industrial designer. In 2000 he and his friend Johann Füller founded the HYVE AG together – a company offering services for radical innovation and disruption, in which he is working as the CEO up to this day. Michael specializes in product design, engineering, first batch production and has won many prestigious awards, such as the RedDot, If Award, German Award Gold, UX Award or the Materialica Award.

Nathaly Tschanz, non-fiction author and lecturer/researcher at the University of Applied Science HTW Chur in Switzerland, has had a disruptive career path. This matches her area of expertise: Digital Business Management / Extended Realities. While she was working in Rome 10 years ago, she came across Augmented Reality, a technology that was hardly known at the time. It sparked a deep passion for emerging technologies and new means of information and knowledge transfer. From then on, she built bridges between content and technology in various companies and positions – for example as Head of Digital Content at one of Switzerland’s biggest media brands. Today, she is leading applied research projects, shares her knowledge in lectures and talks and has published two books about Augmented and Mixed Reality.

The German extreme sports enthusiast Niklas Winter has tried many different sports, but what really stuck with him was slacklining. From the first steps in the park, it developed into a sport in the heights of the mountains and eventually he even started walking highlines without safety. After that he fulfilled himself a life-long dream by starting BASE jumping and wingsuiting. He’s a curious person and an analytical thinker and always in search of new experiences. For his last stunt, he walked on a slackline between two hot air balloons above monument valley. Through his sports, he has traveled the world, met many people and learned a lot. Especially dealing with death has permanently changed his view on life. It doesn’t surprise, that he’s studying philosophy now, even though he already finished his master degree in electrical engineering with high distinction.

Paul Hoepner, born five minutes after his brother Hansen, spent a year in Australia after completing high school, then graduated in media design in Cologne and then spent two years working in an agency (virtual­identity.com) as an online conceptioner in Berlin. He then studies Human Factors (humanfactors.tu­berlin.de) in Berlin and worked at Pocketweb (www.pocketweb.de) as a project manager and conceptioner for mobile applications. Both have worked together as inventors and adventurers for many years and can be seen on many talks and TV shows.

Sebastian is a serial entrepreneur based in Austria and Colombia. Originally he graduated from the University of Vienna with a master’s degree in Psychology and afterwards underwent a postgraduate in Clinical Psychology. After this he emigrated to South America, working in a Peruvian jail or in a resocialization programs for guerillas in Colombia. There he encountered the focus of his work, fear. He is a leadership trainer for high executives in change processes. His style is tough and very direct, often painful. Once a year he gathers together adrenaline-seeking executives in Medellin-Colombia and guides them through their psyches. Applying successful strategies dealing with fear to leadership made him an expert in Change Management. He has impact. Sebastian is teaching at several universities in Europe and America. He’s working languages are German, English and Spanish

Sven Haefliger started playing the guitar at the age of ten. Even at this young age, practicing guitar was something he enjoyed and was very passionate about. A few years later he began sharing this passion by offering guitar lessons to others. Sven started to play the piano in his early 20’s. He was immediately fond of the concept of 88 keys. He was intrigued by the possibility of playing something meaningful after only a couple of hours, even for someone who lacked technical abilities. Very soon he started teaching the piano to adults only. He came to realize that for most of his students, practicing is a struggle. This struggle was fueled by unrealistic goals, false expectations and wrong methods. There was no system made especially for adults to learn the piano. Even though there are thousands of books and apps – nothing seemed to meet all the needs of an adult learner. So, he created a framework to learn playing the piano, that included a balance of creativity and structure. 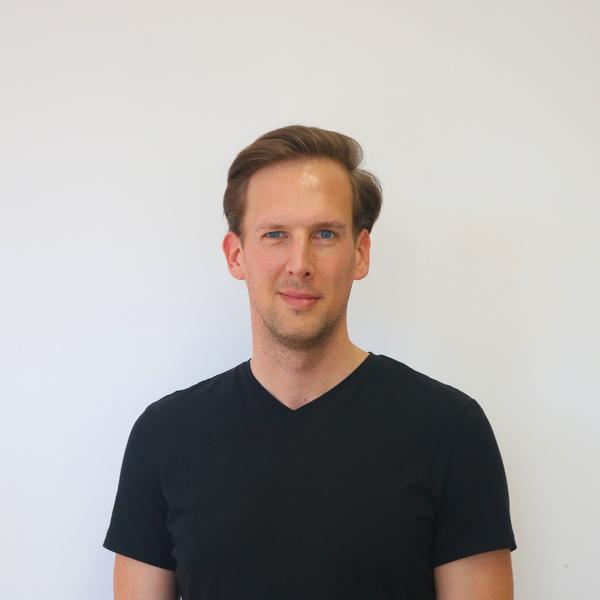