Aaron Smith is a Wisconsin resident who began his journey to train dogs in 2018. Over the past year, he has volunteered hundreds of hours to raise close to twenty potential service dogs and is working toward assisting veterans and crime victims in learning to use a service dog to help with their post-traumatic stress disorder. Aaron has worked with over 70 other volunteers with similar dog training goals. He started out as a novice to dog training but through team work and empathy, he has become a highly skilled dog trainer as well as instructor for other volunteers. He will be earning a dog grooming and dog training certificate from Fox Valley Technical College.

Alex Tyink began his career in urban agriculture 10 years ago in Brooklyn, NY where he worked as a farm manager on rooftop gardens. From there, he was contracted by 18 non-profit organizations in New York to build customized grow systems for educational and food security purposes. From these itellectual property of those installations, he created the Fork Farms, where is is president/CEO. He holds multiple issued and pending patents in vertical farming. Tyink has served as Program Director at Goodwill Industries of North Central Wisconsin and as Director of Innovation and Programs for Feeding America Eastern Wisconsin. His work has been featured in USA Today, Insight Magazine, Fox Cities Magazine and numerous other articles. He is the 2018 Future 15 winner and 2019 WI Innovation Awards Finalist.

Allison Garner is a leadership coach and consultant, founder of Align Coaching, LLC, and author of “Think Possible: The Light and Dark Side of Never Running Out of Ideas”. Prior to establishing Align Coaching, Allison was a chemical engineering consultant and vice president of a small engineering firm. After nearly 20 years of consulting work which included both domestic and international clients in the mostly male-dominated oil industry, Allison realized her heart’s ambition to do more meaningful work in the world through coaching. She has been married for 21 years and has two wonderful kids and she has served on several boards of directors, including being elected to the Oshkosh School Board for 9 years and has served as its Treasurer, Vice President, and President.

Andy Olen is the Founder and President of North Hall Partners LLC, a sales and leadership engagement firm committed to excellence in skills development. Andy authored the book The Trilogy of Yes and hosts the podcast The Sales Warrior Within. Prior to founding North Hall Partners, Andy’s corporate career spanned 17 years of sales, marketing, and global leadership experience in the medical technology industry. Andy, and his teams, sold and marketed over $4.5 billion worth of healthcare products on five continents. Andy currently lives in Milwaukee, Wisconsin, and earned both his BA and his MBA from the University of Wisconsin-Madison

Andy Weins has built a reputation through his no-holds-barred teaching style, which inspires immediate and transformational action. No Frills, no fluff. Andy’s business, Green Up Solutions, has grown from a two-man backyard operation to a nationally renowned multi-faceted enterprise in rapid pace. As an adviser and public speaker, he has helped thousands of leaders and entrepreneurs unleash their full potential and achieve unparalleled success. A proud US Army Veteran, military career counselor, and Master Resiliency Trainer, Andy brings his battle-tested experience and expertise to business leaders and professional everywhere.

Freelance graphic artist Camin Potts was a parent looking for ways to actively engage her child and others in the neighborhood in activities that built up a mindset of abundance and gratitude. She loves the idea of empowering kids to become strong leaders by putting others first. Camin started the Waupaca Secret Service when her son (now a Junior at Waupaca High School) was in third grade. Each year more and more students in Waupaca take the opportunity to help locally and globally. The projects children work on with the Waupaca Secret Service help make the big world to seem smaller, help them to see that adults and business owners support the community and feel the intense pride that comes from doing what is right, without expecting anything else in return.

Chris Gleason is an instrumental music educator at Patrick Marsh Middle School in Sun Prairie, Wisconsin. He is the 2017 Wisconsin Middle School Teacher of the Year, 2017 GRAMMY Music Educator Award semifinalist, and the first Wisconsin teacher to be named a finalist for National Teacher of the Year in 50 years. In 2009 Chris started the ComMission Possible Project that annually commissions a new work for band. He recently served as a Teacher Leadership and Engagement Specialist with the Wisconsin Department of Public Instruction inspiring future education majors across the state. Chris was a member of Teach Plus in a national effort to support Title II funding. Mr. Gleason is a 2018-19 NEA Foundation Global Learning Fellow, and is the founder and organizer of the Beyond The Notes Music Festival Inc. a non-profit that has to date inspired more than 33,000 young musicians and 60 future music educators.

Colleen and her siblings, including four lost before her family’s immigration, are first generation Hmong in the United States. After her father’s nine years of military service for the US side during the Vietnam war, her family was forced to flee Laos to save their lives. Upon reaching Thailand after trekking for weeks through dense jungle, Colleen’s family made the decision to immigrate to the United States. Her parents knew the US could offer better and more prosperous lives for them and their children. While as a young person Colleen was embarrassed by her mother’s innovative creation of small businesses rather than a "typical" nine to five job, today, as an entrepreneur herself, she couldn't be more proud of her mother blazing her own path despite knowing very little English. Colleen hopes to inspire people to innovate, create, and take control of their lives.

Isaac Marquardt is a 21-year-old senior at the University of Wisconsin Oshkosh, majoring in Radio, TV, and Film with a minor in Music Industry. When he is not in school or hosting a radio show, Isaac plays drums around the country with Wisconsin-based indie rock band Barely Civil.

Paul Wiegel has been writing on-demand poems as a "street writer" on his manual typewriter for passersby at art galleries, farmers' markets, and festivals for the past eight years. In that time, he has written over 1,500 poems for people on subjects as diverse as doughnuts, reunions, micro-brewed beer, cottages, violins, and women’s flat track roller derby. While he mostly writes for other people on the street, his own poetry has appeared both in print and online including The English Journal, Hummingbird, and Whale Road Review. He is a past winner of Irish Fest’s John Gahagan Poetry Prize, has presented at the Wisconsin Poetry Festival, Untitledtown Book Festival, Central Wisconsin Book Festival, and is yearly demonstrator at ArtStreet in Green Bay and Art Fair Off the Square in Madison. Paul has also been a contributing writer at Wisconsin Public Radio as part of their Wisconsin Life program.

Peter Glick, PhD is the Henry Merritt Wriston Professor at Lawrence University and a Senior Scientist with the Neuroleadership Institute. As a visiting Professor of Management and Organizations at Northwestern University, he co-designed the Kellogg School of Management’s first course on diversity management. The Harvard Business Review recognized his stereotype content model (co-developed with Susan Fiske, Princeton, and Amy Cuddy, Harvard) as a "breakthrough idea for 2009." His highly cited work on benevolent sexism (with Susan Fiske) has revolutionized our understanding of discrimination against women, receiving the Allport Prize for best paper on intergroup relations. Both theories are highly influential, with over 30,000 Google Scholar citations. In addition to more than 80 articles, he has co-edited or co-authored three books, including the Sage Handbook of Prejudice. His work has been covered in such outlets as the New York Times, Harvard Business Review, and PBS NewsHour.

Sean Gibbons lives as an active participant in life. Born near Philadelphia, Pennsylvania, he has lived on the coast of California, by the Gulf of Mexico, in the Mile High City, and numerous places in between. Today, Sean and his wife live in Appleton, Wisconsin with their cat and Great Dane, where he strives for success based upon self-reliance and generosity. He spends a great deal of his time learning and applying lessons about what it means to be self-reliant, successful, and fulfilled by working diligently to improve his relationships, physical aptitude, and spiritual fitness. Sean draws on his experiences and studies to pursue spirited conversations about the challenges that affect our lives in order to discuss how we are actively participating in life together.

Zach Evans is a professional pianist and piano teacher specializing in the art of accelerated learning; using what we know about the brain to learn piano faster and more efficiently. He's taught hundreds of students, both in-person and online. Zach grew up in Wisconsin, and attended the University of Wisconsin Oshkosh. There, he studied piano under Dr. Eli Kalman, honing his skills and knowledge and developing his method of learning. After graduating, he moved to Nashville where he earned a reputation as one of the top piano teachers in the area. While there, he started posting his teachings online and quickly grew a following of students interested in learning faster and more effectively. He currently resides in Los Angeles. 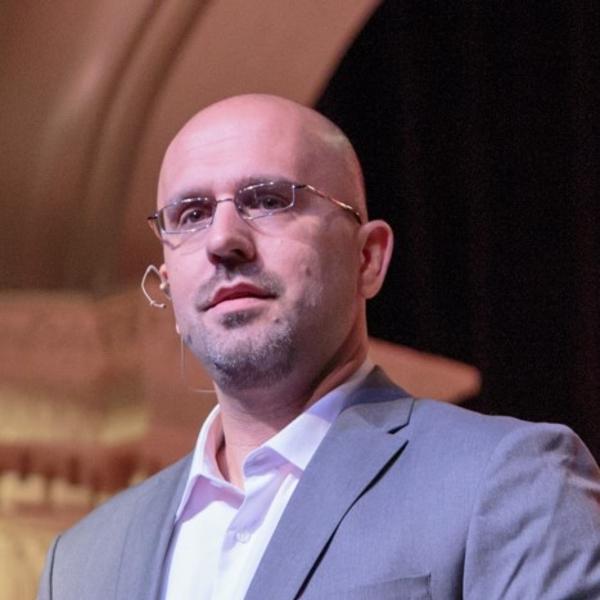 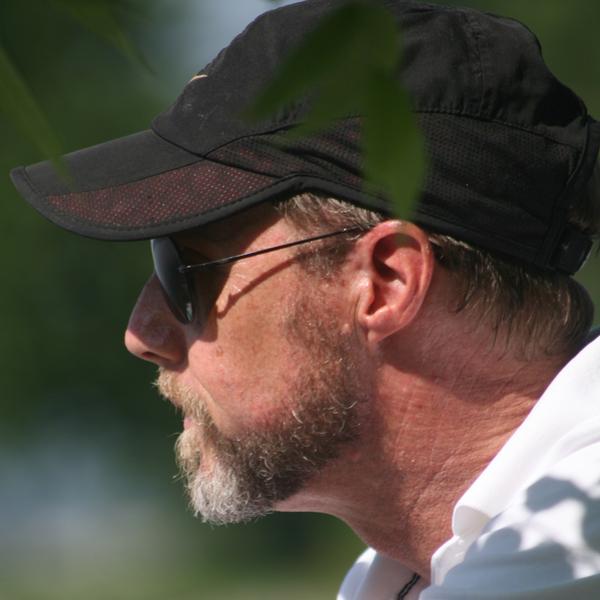