Deborah is Director at Henpicked.net and Menopause in the Workplace. Since its launch, Henpicked.net has grown to be one of the UK's largest, fastest growing communities for women over 40. Deborah speaks across the country giving fascinating and important talks in this subject area and strives for every company to look at how they can support women whilst they live with such a complex moment in life.

Jane is an award-winning Chief Executive, Chairman and expert on the evolving technological, political and social forces shaping organisations which provide some of the most essential human services. Her experience comes from a range of businesses in industries from social and health care to housing, and from food production to medical screening. Jane is currently Interim Chief Executive of the United Kingdom Homecare Association, the professional association for providers of home care. Its mission is to promote high quality sustainable care services, so that people can continue to live at home and in their local community. Jane is also the founder of LifeSpan100, whose purpose is to empower and encourage people to make the most of the 100 year life. Prior to this, Jane was CEO of the Somerset Care Group, which she joined in 2011 as a Non-Executive Director before being appointed as CEO, leaving at the end of 2018. She was also Chairman of the Board of YourLife Management Services, a housing with care joint venture between Somerset Care and McCarthy and Stone. Jane was a Non-Executive Director on the Board of the United Kingdom Homecare Association from 2015 and was Vice Chairman from 2017 to 2019. From 2005 to 2014 she was Senior Independent Director on the Board of the Somerset Partnership NHS Foundation Trust, which provides mental health, learning disability and community health services. Jane’s first career was in international leadership roles in research and development in ICI, AstraZeneca and Syngenta, where she was Global Head of Bioscience Research. She then established her own business providing consultancy and training on the link between nutrition and health, working with private individuals and local authorities in the field of public health.

Emma Cusdin has over 20 years’ experience in Human Resources having worked for global financial services organisations. She is currently a People Director with Aviva and is a Fellow of the Chartered Institute of Personnel & Development. Emma is an openly trans woman, having transitioned in 2009, and she is passionate about raising awareness of trans issues. Emma has spoken at many trans events organised by leading private sector companies. She has been featured in the Financial Times and has written a number of blogs including for the Huffington Post and HR Zone. Emma was a Trustee for the Gender Identity Research & Education Society (GIRES) and she chaired the National Trans Youth Conference in both 2014 & 2015. She was delighted to receive the Positive LGBT Role Model Award at the National Diversity Awards and she appeared in the OUT at work top 50 UK LGBT Executives. Emma further appeared in the OUTstanding leading LGBT+ top 100 executives list. In addition to her full-time job at Aviva, she is Director at Global Butterflies, a company that has been extremely successful in bringing about trans-inclusion and acceptance within corporate organisations.

Over the years, Emma has observed the common leadership traits that the most successful of the these demonstrate and how they go about building high performing teams around them to achieve outstanding results. Emma-Jayne is an authority in developing successful teams. Her insight comes from growing her own teams across Europe as well as working with and talking to hundreds of entrepreneurs and business leaders about their experiences in her current role as Managing Director of The Supper Club, a membership organisation exclusively for fast-growth entrepreneurs. The Supper Club's purpose is to inspire an entrepreneurial mindset in all leaders, because they believe where entrepreneurship thrives so too does innovation, inspiration and employment.

Georgina believes that great communication skills and having the tools to "turn people's lights on" are the key to building happy relationships. Happy relationships can make businesses great and can also solve a lot of the problems we see in our world today. Georgina is the founder of Turn Lights On, a company which improves communication in organisations by focusing on improving the quality of human connection.She has worked globally in this field and is thrilled for this to be her second time sharing her ideas on a TEDx stage. Georgina is a published author and is currently working on a new book which focuses on giving leaders tools to connect with their people better. The book is based on her research into working with many leaders in a myriad of different sectors. Her "TLO Tools" have helped so many people to be happier, calmer and better communicators. She has a proven track record of making measurable improvements within organisations in areas such as communication, performance, stress management, workforce engagement, presentation skills, self-awareness and emotional intelligence. Her approach is not standard, and neither are her outcomes. This is because Georgina doesn't just teach processes or techniques which may or may not stick with delegates; she imparts a new philosophy, mindset and practice which has the potential to be truly transformational. Georgina has designed and delivered programmes for lots of different companies and organisations such as Sony, GE, the Office for National Statistics, Admiral plc and the NHS. She is a popular choice for conferences because of her innate ability to inspire a room with the energy and passion she has for her subject.

Helen Bevan is a leader of change within the NHS. She has led and facilitated many nationwide initiatives to improve care. Helen has demonstrated a constancy of purpose and resilience to stay within the system over decades that is rare in internal change agents. Her focus has shifted from managing big programmes of change to approaches that mobilise and build energy and commitment to change on a large scale. Helen has an ability to connect directly with thousands of frontline staff and patient leaders. She is one of the top social influencers in healthcare globally, reaching more than a million people each month through her social media connections, virtual presentations, commentaries and blogs.

Kevin joined Brooks Macdonald as Head of Funds Distribution in 2014 and spearheads the funds sales team and the core development of our range of investment funds and funds strategy throughout the UK. Prior to joining Brooks Macdonald, Kevin worked at SEI Investments Company, where he held the position of managing director and was head of UK and European asset management distribution. He has over 25 years' experience within the financial services industry, having also held senior positions at Scottish Widows Investment Partnership and Gartmore Fund Managers... Kevin is also qualified as a Chartered Insurer.

Luke is a highly-qualified marketing and public relations specialist, Luke has worked in blue-chip brands as well as for start-up companies. He also ran his own marketing consultancy before launching Crowdcube with Darren Westlake in February 2011. Luke was named by Debrett’s as one of Britain’s 500 most influential people in 2016. As CMO Luke regularly speaks at high-profile events and provides comment to the national and global media on topics such as the future of finance, entrepreneurs, the changing profile of investors and the regulatory environment

Paul is an experienced fundraising professional and recently was Director of Fundraising for MQ. He began his career at Macmillan Cancer Support and became a senior fundraising manager developing income streams in Greater London. In 2007 Paul moved to World Jewish Relief, where he became the charity's first Director of Fundraising, Marketing & Communications. During is seven year tenure, the Charity's profile and voluntary income increased substantially, an achievement which has been replicated at his latest appointment at MQ. A published author (Donors for Life: A Practitioners' Guide to Relationship Fundraising) he often writes journals and speaks at various conventions and is regularly recognised as a Top 50 Fundraising professional.

Professor Ashok Jashapara holds a Chair of Innovation Studies at Royal Holloway (University of London) and is an international expert in the field of knowledge management. His research examines philosophical approaches to organisational knowledge and knowledge transfer and integrates the disparate literatures of organisational learning, information systems and strategic management. He has published widely in leading books and journals and has won a number of awards for his writing. He has secured research funding from diverse agencies such as the ESRC, NIHR, EU and the United Nations. Professor Jashapara is currently Head of Department of Digital Innovation & Management. His professional experience spans from acting as a bridge designer to leading a large academic department and providing oversight as Trustee of the Joseph Rowntree Foundation; the largest social policy charity in the UK. He plays the tenor saxophone, enjoys sailing and sampling craft beers around the world.

Sarah Winckless is a highly experienced facilitator and executive coach, working globally with both individuals and teams to drive a sustainable competitive advantage for their organisations. She looks to enable each individual in a team to deliver their potential, whilst contributing to and supporting the overall results of the group. Challenging, warm and perceptive, she has supported many senior executives to unlock their own and the performance of their teams, often through maximising strengths, encouraging them to think creatively, promoting inclusion and removing barriers. She aims to balance her work in mentoring and leadership with her own leadership roles. Sarah was most recently Chef de Mission for Team England, leading the most diverse Commonwealth Games Team that has ever left these shores to the Gold Coast in April 2018. She also sits on the UK Anti-Doping Board and the British Bobsleigh and Skeleton Board. Sarah’s combination of personal leadership roles coupled with background in high performance sport and 10 years of cross sector coaching and mentoring give her a deep understanding around the challenges and opportunities faced by the leaders of your organisation. Always encouraging the team to be open to searching for talent in different package and open to ideas from different sources. She offers coaching programmes, co-created workshops and mentoring. Her industry experience spans financial services, law, government, automotive, music and sport. Recent clients include AON, Aviva, Barclays, Belron, The British Olympic Association, Commonwealth Games England, Eversheds, Laurent Perrier, LSEG, The Ministry of Defence, Nomura, O2 and Warner Music. Sarah still stays involved in her own sport, being an active participant on the water, a Henley Steward and a Boat Race Umpire. She loves being outside, whether participating in some physical activity or growing plants on her allotment. An important part of her extracurricular activities also surrounds the Huntington’s community, she is Patron of the SHA and particular loves supporting the young carers on their annual summer camp. She was awarded her MBE in 2015 for services to sport and young people. 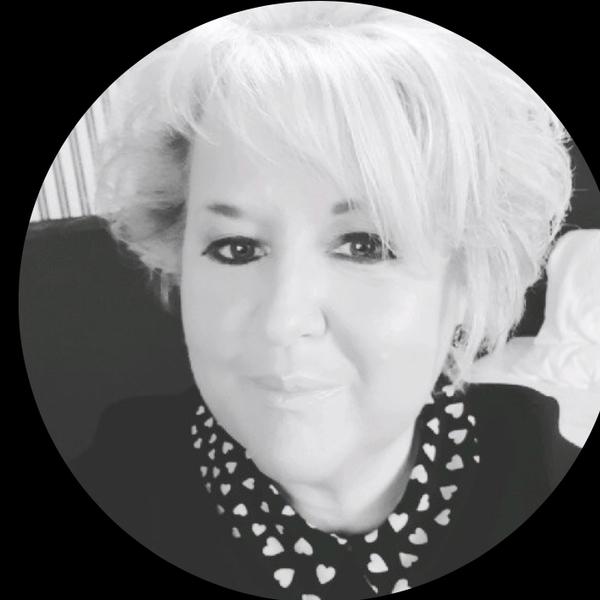