We're shining a spotlight on dazzling ideas from some of the world's most extraordinary women risk-takers and innovators who are breaking barriers and changing the rules of the game.

Celebrating innovators and pioneers making power moves, brilliant people who are just getting started and those who tirelessly show up as allies and advocates.

This event is for everyone who wants to take part in in a thought-provoking celebration of women who catalyze ideas towards action.

Aditi Prasad, COO of Robotix & Co-Founder of Indian Girls Code is on a mission to inspire and educate young girls to learn to code and develop real-world solutions for real-world challenges. Aditi is harnessing the power of robotics, coding, STEM & Maker Space to make school education more interactive and immersive. Aditi a Keynote Speaker at UNESCO's Policy Forum Cracking the Code : Girls' Education in STEM and a TEDx Chennai speaker. She was selected as 1 of 20 Young Societal Leaders, from Asia who are doing incredible work in making societies better, by the Singapore Summit. The first Indian Girls Code initiative was at an all girls orphanage Annai Ashram in Trichy, Tamil Nadu. Amongst other initiatives, they have also partnered with Ford Motor Co., Amazon India and CISCO Systems, India to extend Indian Girls Code to more girls across India.

Ankita Shah is a Bombay-based poet, co-founder of a local outfit called The Poetry Club that enables accessing & learning poetry, through discussion-based readings and workshops. She is always interested in the space between the seen and the unseen, felt and unarticulated, past and present. She believes the arts are constantly trying to bridge the gaps that exist in our understanding and experience of the world and therefore holds them central to human existence.

Jody Williams received the Nobel Peace Prize in 1997 for her work as founding coordinator of the International Campaign to Ban Landmines, which shared the Peace Prize with her that year. She’s an outspoken peace activist who struggles to reclaim the real meaning of peace—a concept which goes far beyond the absence of armed conflict and is defined by human security, not national security. Since January of 2006, she has chaired the Nobel Women’s Initiative, an organization that uses the prestige and influence of the six women Nobel Peace laureates that make up the Initiative support and amplify the voices of women around the world working for sustainable peace with justice and equality.

Muskan is an artist from Slam Out Loud, a journey she describes as magical. She believes that words can help inspire and strongly believes in empathy and integrity to be values that she communicates through her poems. Muskan has been in SOL programs since the last three years and has performed at platforms across the country. She has been featured as a poet by Spoken Fest, UNDP, TEDx as well as been on the student leadership panel for Art1st.

Natalie Di Luccio is a classically trained Soprano from Toronto, Canada. She has toured with the Grammy & Oscar Award Winning Composer, A.R.Rahman, Sonu Nigam, and has also performed for Coke Studio India on MTV. Her singing videos on YouTube have garnered millions of hits across the globe and brought her to India where she sings in many languages including Hindi, Tamil, Telegu, Gujarati, Punjabi & Marathi. Natalie has also hosted TV shows like 'Life Mein Ek Baar", an adventurous travel show on Fox Life India and “Nexa Journeys: on the Ah1” on Discovery Channel India. Natalie has done playback for Bollywood films like Ladies Vs Ricky Bahl, English Vinglish, Chennai Express & the Tamil film, “I”. She is also a constant in the jingle circuit lending her voice to many AD films. Her aim is to constantly finding ways of bridging the gap between the east & west through music.

Vidhya Subramanian is a Bharatanatyam exponent who lives and works in India and the US. A sought after artist to perform and teach, her dance, witnessed in prestigious centers such as World Music Institute in New York, Musee Guimet in Paris, is often described as an offering of mind, body and soul. The Dance View Times of New York says, “Her movements were suffused with a sensuous longing, both earthly and eternal.” Vidhya has an MA in Theatre Arts. 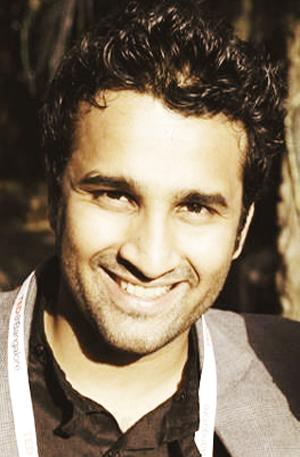