Immerse yourself in the innovative ideas and one-of-a-kind stories that are important to the community at the University of Western Australia - and beyond!

At this year’s annual TEDxUWA conference, we have brought together a line-up of 12 brilliant speakers that will push the frontiers between what we know and understand.

TEDxUWA 2019: New Frontiers is a chance to take an active part in important discussions that matter to students, alumni, educators, and anyone with a curious mind. Whether you’re interested in finding your identity or minimising waste for the future of our environment, these talks showcase fascinating ideas that will challenge and inspire you.

For a truly captivating experience, this conference will also feature exceptional performances and interactive workshops to accompany our speakers.

Andrew is a food scientist with a passion for improving food wastage. By day he’s an innovation food technologist overseeing the development of new food products and by night he’s the co-founder of Gelavo, a startup whose mission is to redirect the waste stream to add value to consumer products and is most famously known for Australia's-first avocado ice-cream! Check them out at gelavo.com.au Andrew has a passion in engaging with people about the problem of food wastage, the impact it has on local farmers, broader challenges and the viability of business solutions.

Belinda is a voluntary assisted dying advocate and spokesperson for Go Gentle Australia. From May to August 2019, Belinda walked from Melbourne to Perth in memory of her mother who twice requested medical assistance to die when suffering from terminal breast cancer. Belinda advocates for end-of-life law reform across Australia, especially in her home state of Western Australia where a voluntary assisted dying bill is currently being debated in Parliament. She graduated from The University of Western Australia in 2016 with a Bachelor of Laws and Commerce.

As one of Western Australia’s most prominent young Aboriginal people, Brooke Blurton is already making a real difference in the lives of people experiencing mental health issues. She works with young vulnerable youth exposed to severe abuse, including those who have been in and out of foster homes, expelled from school or have become homeless. A strong resilient Noongar-Yamatji woman, Brooke’s own childhood was marred by tragedy; losing her mother to suicide and with drug and alcohol abuse occurring in her family. Brooke grew up determined to help young people who might be dealing with similar issues. As a youth worker, Brooke has developed her passion for working with the community and implementing strategies to educate young people about essential life skills. From her appearance on The Bachelor Australia 2018, Brooke has been able to reach more young people to spread the message that while you can go through the worst in life, you can overcome to be a better person.

Conrad is the 2019 President of the Student Guild at The University of Western Australia, where he completed his Bachelor of Philosophy (Honours) at the end of 2018. He studied cancer medicine, pharmacology, and French at university and has a strong interest in health and well-being. Throughout his term as Guild President so far, Conrad has taken a focus on student mental health, participating in an international working group on student mental health, and implementing new initiatives at UWA.

Dennis is a PhD candidate focusing on synthetic organic chemistry at the University of Western Australia. His research is on two fronts – the first is about developing faster, more efficient methods for preparing pharmaceuticals in the fight against antibiotic resistance. The second is about making biologically interesting natural products (molecules from natural sources) from scratch in the laboratory! When he’s not in the lab you’ll find him outdoors enjoying the sunny weather either kitesurfing or rock climbing.

Elizabeth is a Fogarty Scholar with a big dream to transform our education system and how we prepare young people for their futures here in WA. She is the founder of Purposeful, a social enterprise providing young people with a structured way of finding their purpose, and outgoing Director at Bloom, a youth-led incubator that acts as the catalyst for early stage founders to begin their entrepreneurial journey in WA. Elizabeth is grateful to be a recipient of the BCG Scholarship in 2019 and is excited for the opportunity to amplify her ability to create change for her generation and those to come.

Born in Dublin and raised between Kalgoorlie and the Irish countryside, Fionn Mulholland is a interdisciplinary artist and filmmaker. After battling his way through a science degree at NUI Maynooth, he moved to Perth, became a barista, and began to pursue filmmaking. He now spends his time creating his own original videos and independent film works, as well as content for theaters, art galleries and independent artists. He still makes coffees on Saturday mornings at Kyilla Community Farmers Markets. At the core of his practice is a desire to connect people, by highlighting our common passions, drivers and vulnerabilities

Heidi is a two-time Olympian in the sport of open water swimming and a decorated sportsperson. She competed in the 2012 London Olympic Games while studying full time at the University of Western Australia, and the 2016 Rio Olympic Games just after finishing her degree and while completing her graduate diploma in legal practice. As one of Malaysia's most successful swimmers, she has competed at multiple world championship events in swimming and surf lifesaving and is a multiple medallist at the State and National level in both sports. Born and bred in Perth, Heidi is a well-known and highly regarded figure in the Western Australian swimming community. Professionally, Heidi is a commercial litigation lawyer practising in the regulatory and investigation team at Clifford Chance.

James Dingley is the Project Manager of UWA Aerospace and a student at the University of Western Australia. UWA Aerospace is a Western Australian-based team of rocketry enthusiasts who design, test and launch high powered rockets for competitions and research. James attended the 68th International Astronautical Congress and spent the summer working at NASA's Johnson Space Center with the HASSE Space School. He hopes to apply what he has learned from government and industry to contribute to the new Australian Space Agency. James is also really passionate about education, working closely with Western Australian businesses, inventors, and researchers to produce a range of educational videos published online under the name Atomic Frontier. The series has examined topics such as the Square Kilometre Array and the Sorrento Shark Net.

Jenny is the 2019 President of Students for Refugees UWA, a youth-led group dedicated to raising awareness of issues surrounding displacement through education, advocacy and community projects, based at The University of Western Australia. She is also an ambassador and member for The University of Western Australia Student Guild Volunteering and Engagement Committee and is a strong advocate for empowering young people and her peers to believe in themselves and their capacity to make a difference in this world. Through her work at university, role as a mentor, and offering tutor support for high-school English Literature, she believes one of the most rewarding things in the world is seeing students discover and pursue their passion and watching them make an impact in their own way.

Originally growing up in the UK, Matt was already establishing himself as a radio and club DJ by the age of 15. By his twenties he was a presenter on a UK breakfast radio show. Then he moved to Australia and made his mark at Triple M and 96FM (and more recently as a presenter for a Channel 9 TV travel show) However, an old fascination of Matt’s hit the spotlight and forever changed the playing field…the world of hypnosis and the mind. Quick backstory—at Matt’s 21st birthday party there had been a hypnotist. Ever since then he’s been utterly fascinated by the idea of what the human mind could achieve if given the right environment and encouragement. 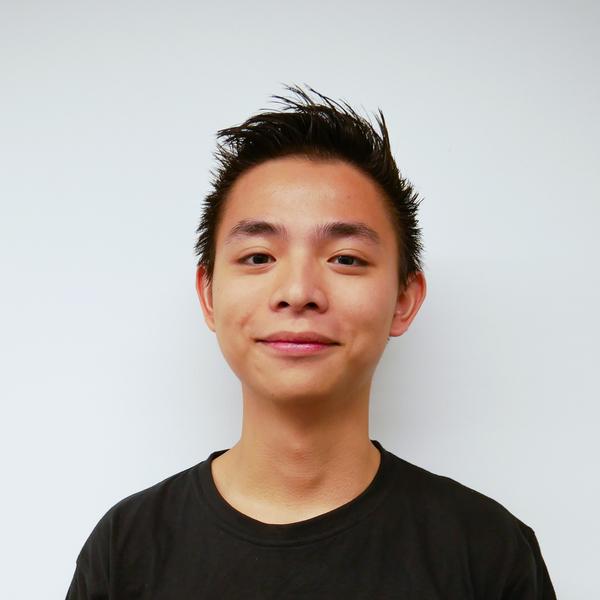