Bryane Heaberlin is a 26 year old American professional soccer goalkeeper currently playing in her 3rd season for Division 1 of the Bundesliga in Germany for 1. FFC Frankfurt, she previously played two seasons for Turbine Potsdam. In 2016 Heaberlin graduated with a Bachelors of Science from the University of North Carolina, playing four years, and in 2012 winning the NCAA National Championship. She has represented the United States on the under-20 Women´s national team and won gold with the team at the 2012 CONCACAF U-20 Championship and 2012 FIFA U-20 World Cup.

Dr. Adriana Marais is an award-winning theoretical physicist, Mars One astronaut candidate and founder of Proudly Human. She is an internationally renowned speaker on exploration-driven innovation, director at the Foundation for Space Development, faculty at Singularity University & Duke Corporate Education and a member of the South African government advisory task team on the 4th Industrial Revolution. Dr Marais will head the Off-World simulation experiments, bringing her research expertise to the projects and guiding the selected crews through the expeditions.

Elisabeth Schilling is an award-winning and critically acclaimed dancer and choreographer. She regularly performs in international productions and has danced for over 35 choreographers and well-respected companies. Elisabeth tours her own work extensively. She received numerous choreographic commissions including institutions like Tate Gallery of Modern Art London, Museum of Applied Art Frankfurt, Philharmonie Luxembourg.

Leslie is the founder of The Planet Calls (www.theplanetcalls.com), a non-profit organisation focused on discovering and commercialising innovative technology solutions that solve issues such as marine plastic pollution. Entrepreneur, angel investor and WBAF Senator for Ireland, Leslie is passionate about solving problems with a circular plastics approach. “Change needs to happen, however it won’t happen with one person doing one thing. The idea needs to spread. We need to do better”

Mariette Lentz is a Luxembourgish soprano who studied educational science and Italian literature. Her career as a soloist has taken her to concerts and festivals throughout Europe, India and China. She produced several cds devoted to French impressionistic song and chamber music. She made contemporary vocal music her favourite and teaches singing and art of opera at the conservatory of music of the north in Ettelbruck. She is a member of the Kammerata Luxembourg.

Peter was born in 1970 in Amsterdam, lives with his family in Luxembourg and has been active in the financial industry after he completed his studies. After a career as Equity Trader Peter has transitioned into general management as COO and is currently EQT’s co-head of Fund Operations and head of Fund Management, with full responsibility for the EQT Fund Management platform that next to Luxembourg, has (legacy) locations in Guernsey, London and Amsterdam.

Tamy Ribeiro is a Brazilian entrepreneur and founded her first company at the age of 22. After 13 years of experience in online travel, Tamy moved to mobility when she joined Wunder Mobility, helping the company to identify opportunities and partnerships that amplified its expansion from 1 to over 100 cities.

Tessy is a Social Entrepreneur, Activist, and Mother who was part of the Luxembourg Royal Family for 13 years . She is the Founder of the consultancy ‘ Finding Butterflies Consultancy Ltd’ and Co Founder of the NGO Professors Without Borders. Moreover, Tessy is an ambassador for UNAIDS and spent five years in the Luxembourg military, during which she was deployed to Kosovo as a peacekeeper and only woman of her draft. She was named “Leader of the Year 2019” by the Leadership Academy in Luxembourg and received an Honorary Doctorate for her work in education. 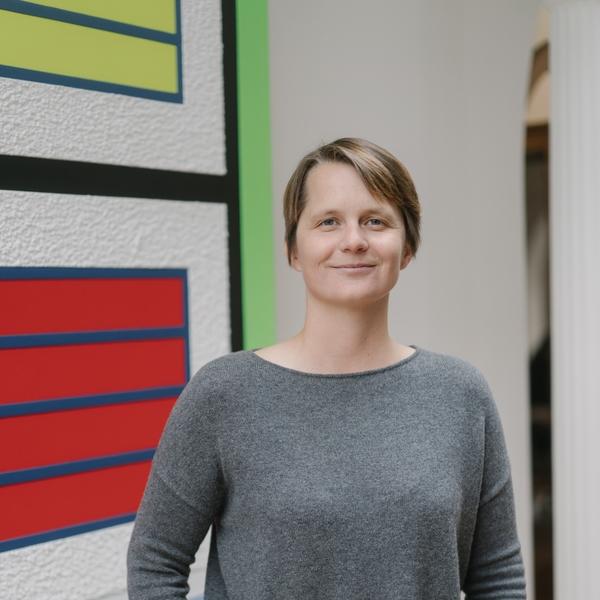