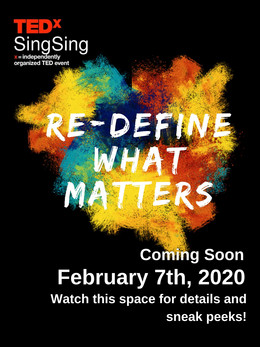 TEDxSingSing is a one-of-a-kind speaking event, as it is primarily organized by a team of six currently incarcerated men inside Sing Sing Correctional Facility. In addition, more than half of the featured speakers have been chosen from the population of men living at Sing Sing. This event was created by men directly impacted by the criminal justice system with the intent to highlight the voices, stories, and insight of those who are too often overlooked. The theme of this event is “Re-Defining What Matters,” because we feel it lends itself to innovative talks from people of all different backgrounds.

Alexander Aguilar grew up in gangs and juvenile halls. Determined to overcome the struggles he has faced, Alexander has set a new path that focuses on improving himself and building tighter ties to his family. He is committed to giving back, stating, “If my experience can help keep a child from making the same mistake that I did, then I’m happy with that.”

Bruce is a self-reflective, happy, and driven man who believes that, “where you are doesn’t define who you are.” Bruce has lived this truth by becoming a published author during his incarceration, writing Closeness is Not Measured by Distance: A Dynamic Journal for Children of Incarcerated Parents. He believes that life is about meaningful relationships and the potential power of the combined efforts of people who care.

Christopher O'Neill is a Hudson Link Alumnus; He earned a Bachelor of Behavioral Science in 2011 and a Masters of Professional Studies in 2012 from New York Theological Seminary. For nearly a decade, Chris has assisted hundreds of men earn their degrees, who have become their own success stories. He embraces and understands the transformative power of higher education. Recently, Chris became a primary member of Voices from Within, an initiative dedicated to changing the prison culture and setting healthy examples for children with incarcerated parents.

Dr. Craig Waleed is from Rochester, NY. At the age of 19, he was sentenced to 4-to-12 years in the New York State Department of Corrections for committing a violent assault against another person. During his incarceration, he became immersed in the transformative processes of knowledge-of-self and academics. Dr. Waleed earned an associate’s degree in Liberal Arts while incarcerated and began envisioning greater possibilities for the future. In 2010, he earned a master’s degree in Mental Health Counseling from the College at Brockport SUNY, and in 2017, completed a doctorate degree from Saint John Fisher College in Executive Leadership. Dr. Waleed wants to share with people who are currently entangled or at risk of becoming caught-up in the criminal legal system, his story of how he found a way to stay out of prison for good.

Eva’s personal and professional pursuits have always been geared toward bettering relationships. Eva is the founder of Wellacopia.com - the first compatibility-matching platform to connect patients with practitioners uniquely qualified to help them as individuals. At its core, Wellacopia is about fostering better healthcare relationships for better healthcare outcomes. Eva also holds degrees in Neuropsychology from Sarah Lawrence College and Nutrition Science from the Hebrew University of Jerusalem.

Whether it’s behind the lens or curating the vibes, Goldie Harrison is a creative force to be reckoned with. The wunderkind has tapped into a lane uniquely her own through her precision in media and events. As a self-proclaimed “dot connecter,” Goldie’s affinity for the arts has evolved into the founding of her own digital agency and studio – 24:OURS – where culture and community verge. 24:OURS has garnered the attention of The Black Enterprise, News12, Spectrum News and Essence Magazine. Through 24:OURS, Goldie has launched opened 24:OURS Creative Studios, an innovation hub tailored for black and brown creatives and launched 2 live music series, #NoiseCtrl and TheLoftSessions a live music platform giving indie artists a chance to be heard on an authentic level.

James Torres participates in Sing Sing’s Carnegie Hall music program. James taught himself music, which he used as a form of therapy to get through hard times. Today, his compositions have been played at Carnegie Hall, and his writings have been published on the online publishing platform The Medium, and the online magazine The Margins. He is currently working with the Jeptha Group, a not-for-profit organization that uses music therapy to help inmate populations that struggle with mental illness.

Joseph Wilson is "a composer who happens to be incarcerated at Sing Sing,” according to acclaimed mezzo-soprano Joyce Didonato. Joseph utilizes music to examine and expose the effects of socialization of poverty, violence, and xenophobia on him and society as a whole. Wilson is in the process of writing The Libretto and composing an opera titled Tabula Rasa. His works were featured on NBC Today and in Carnegie Hall’s Sing Sing Musical Connection Program’s “The Somewhere Project” and “A Time Like This: Music for Change.”

Mark E. Dixon is passionate about innovation and believes that it is crucial to continue to develop products and services to meet the needs of communities. He recognizes the importance of giving back to the community and spends his time coordinating the collection of free school supplies, books, and winter gear to donate to the less fortunate. He is the Vice President of the New Mind Jaycees Organization and co-facilitates groups that treat men with serious mental illnesses.

Steve Forbes is the Chairman and Editor-in-Chief of Forbes Media. Steve writes editorials for each issue of Forbes under the heading of “Fact and Comment.” A widely respected economic prognosticator, he is the only writer to have won the highly prestigious Crystal Owl Award four times. In both 1996 and 2000, Steve campaigned vigorously for the Republican nomination for the Presidency.Steve’s newest project is the podcast “What’s Ahead,” where he engages the world’s top newsmakers, politicians and pioneers in business and economics in honest conversations meant to challenge traditional conventions as well as featuring Steve’s signature views on the intersection of society, economic and policy. 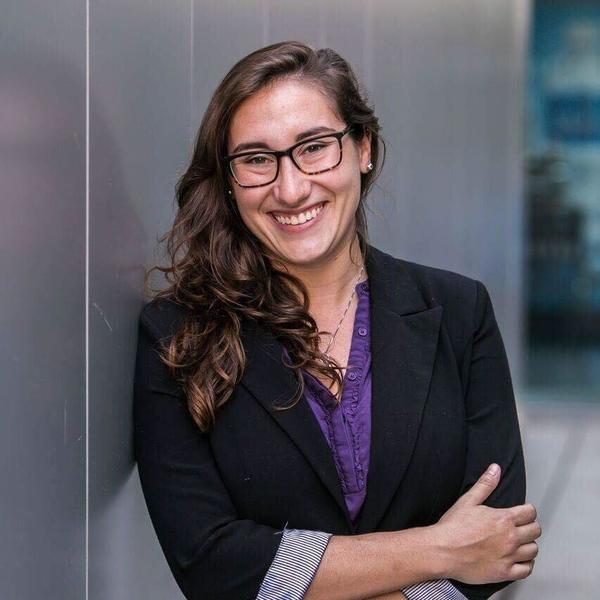