After working internationally in various renowned architectural offices, Bernhard Lenz has been a professor at the Karlsruhe University of Applied Sciences since 2010, responsible for the field of Energy-optimized Planning and Design. His research focuses on the adaptation of urban structures to climate change and interdisciplinary innovations. Bernhard Lenz wants to encourage people to think about sustainable innovations for socially relevant issues. He believes one of the greatest potentials for generating brilliant progress lies in linking aspects, components and structures of the most diverse areas of technology and life.

Carin works on the forefront of governance innovation and is devoted to upgrading the tools available to distribute power, make and enforce decisions. She is the co-founder of the Future of Governance Agency (FOGA), which officially opens its doors in November of 2019. She provides talks and workshops on power and governance-related topics and offers advisory services to governments and IGOs. She is the faculty in the future of governance at the Nordic branch of Singularity U, as well as in blockchain. Before this she was Director of Research at Bitnation where she delved deep into the civic tech space. Previously she was Executive Director of the Global Challenges Foundation where she, ran the biggest global competition to date in the field of governance innovation.

Franzi von Kempis lives and works as a journalist in Berlin. She established her own online video channel in 2015, ironically titled "Die besorgte Bürgerin". Here she offers an alternative to false information and hatred. Franzi von Kempis wants to encourage people to raise their voices and participate in discussions. In her first book "Anleitung zum Widerspruch" she provides facts and arguments to counter false information and prejudices. In her own words: "I want us to become louder. We need to counter attack when someone sows or spreads hatred and violates basic laws. Because we are more, therefore we should be heard more." In 2018, she was appointed to head of the video section for the t-online.de editorial team.

Jan’s approach to art is expressed through humour with a critical point of view. This can include a criticism of the unreflected awkward decadency of our society today, or even playful constructions of reality. His focus lies on conceptional and performance art, for which he uses a range of different media: sculptures, installations, video, performances and design. He has been represented by BERNHEIMER CONTEMPORARY since 2014. Until 2018 alone, he has already participated in 28 exhibitions like Kunstmesse München or Venice Architecture Biennale. Currently he is preparing several national and international solo & group exhibitions.

Growing up in New Orleans, the city of jazz, Jordan had no other option but to become a musician. But in a small rebellion against the tradition of his hometown, instead of playing in a big band, he picked up the guitar. Whilst still at university, Jordan began writing songs that fit more in the Indie Folk/Americana category. Several independent releases later, in 2015 Jordan left his old life in the USA behind and set up his tent somewhere completely different: in Munich. Initially a newcomer to the music scene, he is now well connected and appears on stages all over the city. His current record includes emotional stories, personal memories and declarations of love to twelve of his closest friends. His soft guitar and an even softer voice can warm even the coldest of hearts.

Katherine is the Policy and Knowledge Lead for the Wellbeing Economy Alliance. She has over eight years’ experience in various roles with Oxfam GB - as a Senior Researcher for the Global Research Team, UK Policy Manager, and Research and Policy Advisor for Oxfam Scotland. Katherine instigated the group of Wellbeing Economy Governments; developed Oxfam's Humankind Index; and led Oxfam's work on a 'human economy'. She was Rapporteur for Club de Madrid's Working Group on Shared Societies and Sustainability and sits on a range of advisory groups, including the Centre for Understanding Sustainable Prosperity and the Omina Foundation. Katherine is Honorary Professor at the University of the West of Scotland and Senior Visiting Research Fellow at the University of Strathclyde. Her most recent book, The Economics of Arrival: Ideas for a Grown Up Economy (co-authored with Jeremy Williams), was published in January 2019.

Kimo Quaintance is an educator, speaker, and strategy consultant who teaches individuals and teams how to cultivate trust, bring the joy of learning into their work, and express their creativity. He is the co-founder and director of Learning and Development at Move to Think, a Munich-based organization dedicated to improving the quality of life through the integration of body and mind. Kimo is former United States Junior and Collegiate National Champion in fencing and holds a PhD in International Relations from the University of St Andrews in Scotland. Kimo has spent the past 20 years researching, teaching and consulting on the social and physical impact of digital technology in the United States, China, Scotland and Germany.

Melissa leads the interactive product design team at LEGO, blending digital and physical play for kids of all ages around the world. She has worked in the field of kid’s products for over a decade, from innovating theme parks as a rollercoaster engineer to founding & selling her own startup in education technology. At LEGO she has led the design of several products that use technology to re-engage kids in physical play. Her guiding star through the years in product development has been to stay grounded in the physical world, even with the increasing reliance on digital.

Michael John Gorman is Founding Director of BIOTOPIA (www.biotopia.net), a new museum of life sciences and environmental development at Schloss Nymphenburg in Munich, as well as Professor of Life Sciences in Society at Ludwig-Maximilians-University Munich. Previously Michael John founded the Science Gallery in Dublin, a university network dedicated to igniting creativity and discovery where science and art collide. In 2012 he founded the Science Gallery International to develop further galleries in London, Melbourne, Bangalore, Venice, Detroit and Rotterdam. Michael John was previously Lecturer in Science, Technology and Society at Stanford University and has held postdoctoral fellowships at Harvard University, Stanford University and MIT. His new book Idea Colliders: The Future of Science Museums will be published by MIT Press in 2020.

The American choreographer aims to give contemporary dance a new face by collaborating with artists from a wide variety of disciplines. Richard was granted a Bessie Award and the German Theatre Prize Der Faust for his innovative projects. He has worked for the Ballet National de Marseille, the Gothenburg Danskompani, the Bavarian State Ballet and is artist in residence at the Muffatwerk Munich. In 2016 he founded "Richard Siegal / Ballet of Difference", an alternative to institutionalized contemporary ballet. The company is based at Schauspiel Köln/Tanz Köln as from the beginning of the 2019/20 season.

Sina Kamala Kaufmann, writer and activist, studied philosophy, politics and international law, lived investigatively as a tree and without money, was active as a net/civil rights activist, worked in the gaming industry and published her science fiction narrative debut "Helle Materie" at Mikrotext in 2019. Kaufmann is an Extinction Rebellion activist and co-editor of the German XR handbook "Wann wenn nicht wir*".

A highly concentrated blend of hypnotic drums and multifaceted pop song-writing with guitars. Sparkling means electrified post-punk, breathless and elegant, based somewhere between Cologne and London. Without a doubt, their sound represents the great global promise of pop like no other act has managed to do for a long time - especially not from Germany. If you dig sweaty euphoria, this is your promised land.

The St. Lukas Gospel Choir has long been regarded as Munich's best known gospel choir. An ensemble of unusual vibrancy and musical finesse, which inspires its listeners over and over again. Great solos, a surprising selection of songs and the love of gospel music make this choir a special musical experience. Since 2007, the St. Lukas Gospel Choir has been directed by pianist, composer and arrangeur Bastian Pusch. Under his guidance the choir found its present musical and professional standard. The St. Lukas Gospel Choir owes its own distinctive sound to its special arrangements and compositions, with harmonies and rhythms inspired by jazz.

Zaid Zaim is a student at ReDI School. He was born in Syria. For two months now he has been giving workshops at ReDI School on the topic Mixed and Augmented Reality, teaching workshop participants how to create their first Augmented Reality game. His vision is to reconstruct and visualize destroyed historical monuments in the city of Palmyra in Syria with the help of Mixed Reality. 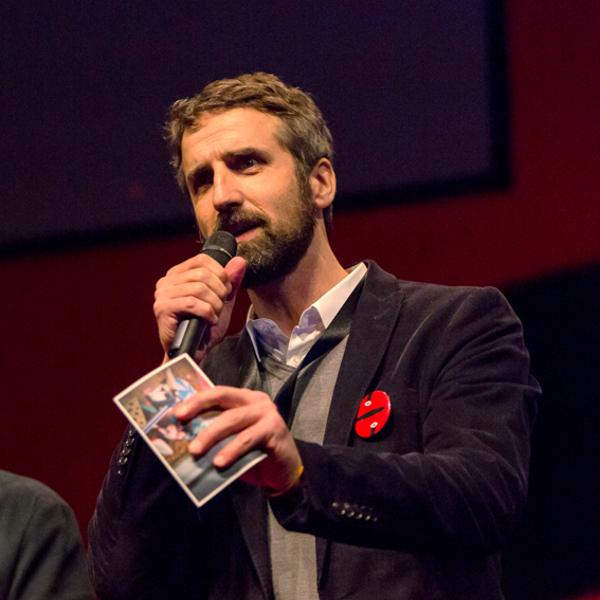 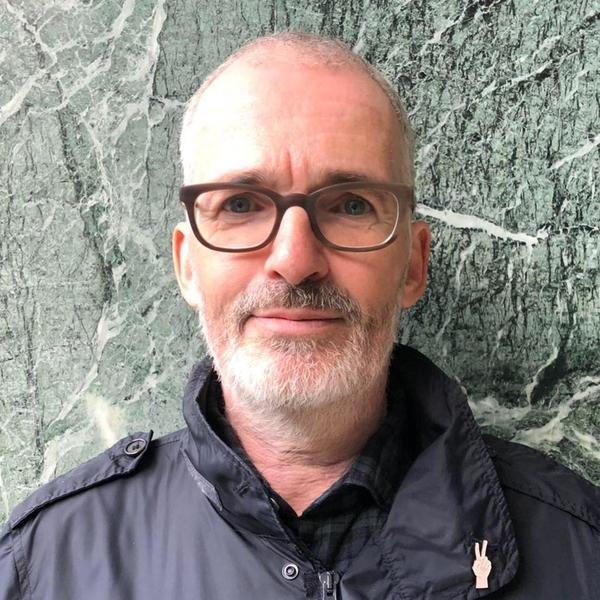