Theme: For the Curious 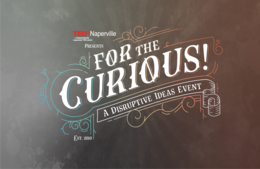 10 years ago, TEDxNaperville shared its first idea. Hundreds of talks and millions of views later, we’ve become a regional force for change. But what keeps the thousands of attendees, speakers, and volunteers coming back each year? What keeps the movement going? It’s that they all share the curiosity and excitement for powerful ideas. You drive this conference. You spread its ideas. We dedicate our 10th anniversary to you. This year’s for the curious.

Carolyn Purnell is a history instructor, writer, and lover of all things colorful and offbeat. She is the author of The Sensational Past: How the Enlightenment Changed the Way We Use Our Senses (Norton, 2017) and the forthcoming Inventing Color. Carolyn earned her Ph.D. in history from University of Chicago, and her work has appeared in Wall Street Journal, CityLab by The Atlantic, Good Housekeeping, and Apartment Therapy. She has received fellowships from the National Endowment for the Humanities, Huntington Library, the Georges Lurcy Foundation, the Brown Foundation of Fellows, and the French Society for Historical Studies.

Chanelle Bell is a diversity, equity, and inclusion advocate. She’s the Manager of Government and Community Affairs at Noble Network of Charter Schools and the founder of Positively Melanin, an online space and community highlighting successful, influential professionals of color in Chicago. Her goal is to curate content that offers representation and hope for young professionals of color looking for guidance and support to enter similar careers.

Dr. Darria Long Gillespie is a Yale- and Harvard-trained emergency physician, author of national bestselling book Mom Hacks, and a regular TV expert on HLN, CNN, The Dr. Oz Show, The Doctors, and Fox News. A mom of two herself, Dr. Darria is quickly becoming the national ‘go-to’ doctor for combining the best science with the highest-yield shortcuts - to make health both understandable - and easy - for people who have too much to do. She helps audiences everywhere learn the value of tiny, incremental changes, and find their feeling of “I’ve GOT this!” again. Dr. Darria is also a Clinical Assistant Professor at the University of Tennessee School of Medicine. She received her MBA from Harvard Business School, MD from the University of Rochester School of Medicine, and residency training from Yale School of Medicine.

Keynote speaker and violinist Diane Allen is on a mission to help people deeply engage with their lives and reach their potential. What began as a personal challenge for her to own her A-Game, has grown into a passion and a mastery for helping others to own theirs. A New York City trained violinist, Diane became the Concertmaster of the Central Oregon Symphony. With her Copper Dragon Violin in hand, she now helps organizations to cultivate their talent, increase engagement, and improve performance.

Donald R. Pettit, Ph.D., a Silverton, Oregon native, holds a Bachelor of Science in Chemical Engineering from Oregon State University and a Doctorate in Chemical Engineering from the University of Arizona. Prior to becoming an astronaut, he worked as a staff scientist at the Los Alamos National Laboratory, New Mexico. Selected by NASA to be an astronaut in April 1996, Dr. Pettit reported to the Johnson Space Center in August 1996. A veteran of three spaceflights, Dr. Pettit has logged more than 370 days in space and over 13 spacewalk hours. He lived aboard the International Space Station for 5 1/2 months during Expedition 6, was a member of the STS-126 crew, and again lived aboard the station for 6 1/2 months as part of the Expedition 30/31 crew.

Dr. Fergus Connolly is a keynote speaker, consultant, and one of the world’s leading experts in team performance. Fergus has worked with leading CEOs, professional sports teams, high-performing organizations, and elite special forces around the globe. He is the author of 59 Lessons - Working with the World’s Elite Coaches, Athletes & Special Forces and Game Changer - The Art of Sports Science. Fergus has served as director of elite performance for the San Francisco 49ers, sports science director with the Welsh Rugby Union, and performance director and director of football operations for the University of Michigan Football, as well as consulted for teams in the NBA, MLB and NHL.

Jason Chase is the artist-in-residence at NanoLab in Waltham, Massachusetts where he specializes in the use of Singularity Black, a carbon nanotube paint developed by NanoLab for NASA that has the lowest visible reflectance of any paint available. Since 2017, Chase’s residency has involved expanding the use of the substance through NanoLab’s Singularity school, guiding artists in how to use the substance best. He also advises the lab on how to improve the substance and adapt more of their technology to the art world. Chase was also instrumental in developing the world’s first carbon nanotube oil paint, Gravity Black, and a soon-to-be-released hue-less white paint. His hand-painted samples of these materials are now part of the Forbes Harvard Pigment collection and the Yale pigment collection.

Upon moving to the U.S. from Argentina at 13, Jennifer Gimenez was discovered by famed photographer Bruce Weber. She quickly ascended to international stardom, appearing on hundreds of magazine covers from Vogue to Bazaar and Marie Claire, and was the youngest model ever to appear on the cover of American Elle. As a runway model, Gimenez walked the catwalks of Paris, NY, Tokyo, London and Milan for the world’s top designers. She was named to Maxim's "Hot 100" and Esquire's "Women We Love". She's stared in videos for artists like Mick Jagger, Prince, and 2Pac, among others. She's also starred in television and film, including Blow, starring alongside Johnny Depp, Vanilla Sky, Corky Romano, Charlie's Angels, as well as appearances in the Oscar-nominated documentary Let's Get Lost.

Jim Hirsch has served as CEO of Chicago Sinfonietta since August of 2004. During his tenure, the organization’s budget has increased by over 85% and programming has expanded in important new directions. In 2016, the Chicago Sinfonietta was selected to receive the MacArthur award for Creative and Effective Institutions – the “genius award” for non-profit organizations – and a Chicago Innovation Award. Prior to his work at Chicago Sinfonietta, Hirsch served as Executive Director of the Chicago Association for the Performing Arts, managers and programmers of the Chicago Theatre, and as the Executive Director of the Old Town School of Folk Music, driving the organization to become the largest institution of its kind in the world.

Juan David Compolargo is an unwavering optimist and go-getter. 3 years ago, he moved to Naperville from Venezuela, having not spoken any English. 6 months later, he’d learned enough English to enroll in advanced placement and honors courses at Metea Valley High School - and that was just to start. He founded the digital marketing consultancy Optimum Smart to evaluate personal and corporate brands. He speaks four languages, including Chinese. He serves on Naperville’s Downtown Advisory Committee. He contributes to Panas en Chicago, a nonprofit providing assistance to Venezuelan immigrants. He manages Campolargo Holdings, a small hedge fund. At the end of this year, he’s also releasing his first book, Generation Optimism, which shares his ideas on creating the next generation of doers and dreamers in a society plagued by pessimism. Juan David is set to graduate high school in 2020.

Leigh B. Bienen is a senior lecturer at Northwestern University School of Law, an author, a researcher, and a criminal defense attorney whose areas of expertise includes capital punishment, sex crimes, and rape reform legislation. A graduate of Cornell University, the University of Iowa Writers’ Workshop, and the Rutgers-Newark School of Law, she has worked as a journalist and an editor and published fiction and essays in TriQuarterly, The Ontario Review, Transition, and The O’Henry Prize Stories. In December 2008, she launched a book and website about the first female factory inspector in the United States, The Life and Times of Florence Kelley in Chicago, 1890-1899, which serves as a repository for 35,000 legal and historical records and photographs. Bienen is also a member of the Illinois Capital Punishment Reform Study Committee and the director of the Chicago Historical Homicide Project.

Dr. Moran Cerf is a professor of neuroscience and business at the Kellogg School of Management and the neuroscience program at Northwestern university. His research uses methods from neuroscience to understand the underlying mechanisms of our psychology, behavior, emotion, decision making, and dreams. His works address questions such as: "How are conscious percepts formed in our brain?", "How can we control our emotions?", and "Which brain mechanisms determine if we find content engaging?" Dr. Cerf holds a Ph.D. in neuroscience from Caltech, an MA in Philosophy, and a B.Sc in Physics from Tel-Aviv University. He holds multiple patents and his works have been published in wide-circulation academic journals, as well as popular science journals. Additionally, his work has been portrayed in numerous media and cultural outlets such as CNN, BBC, Bloomberg, NPR, Time, MSNBC, and dozens of others. He was recently named one of the "40 leading professors below 40".

Patricia Ann McNair writes fiction and nonfiction. Her book, The Temple of Air: Stories, won Southern Illinois University Devil’s Kitchen Readers Award, the Chicago Writers Association Book of the Year, and was a finalist for the Society of Midland Authors Adult Fiction Award. Her essay, And These Are The Good Times, was a Montaigne Medal finalist. Named as a “Writer to Watch” by the Guild Literary Complex, McNair directs Mining for Story, a writers’ retreat in Wisconsin. She is the director of undergraduate creative writing programs at Columbia College Chicago and is on the graduate faculty there. McNair was nominated for the Carnegie Foundation’s U.S. Professor of the Year.

Todd is an artist, thinker, speaker, and social and environmental activist. He is the co-founder of the acclaimed music group The Giving Tree Band and the creator of the Kind Mind podcast. A modern Renaissance man, his songs, videos, articles and lectures on health and harmony have inspired many around the world. He has had an album reach the Top 40 on the Americana Radio Charts and his podcast has routinely been a Top 40 in the category of Alternative Health. He holds certifications in addiction counseling and mindfulness meditation and earned his psychology and music degrees from Georgetown University. 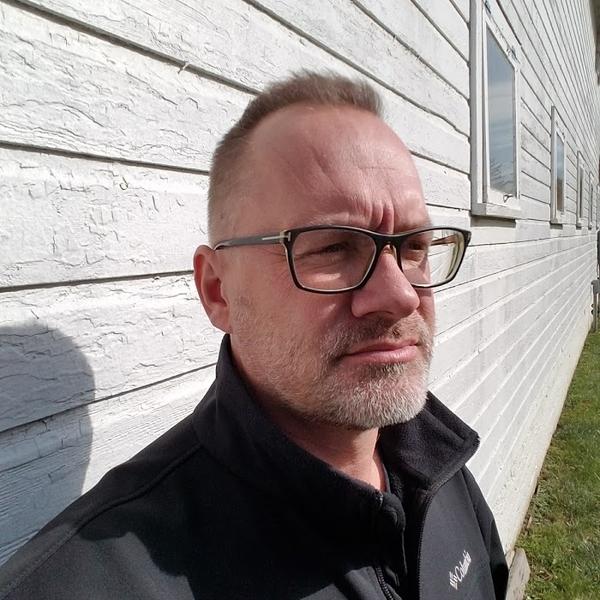