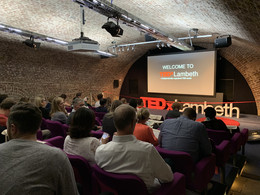 Lambeth is a global borough at a crucial intersection of London. It is one of absolute extremities and opposites accommodating varied peoples with unlimited creativities and remarkable industry.

As global citizens, we live in an increasingly interconnected planet. We share our neighbours' achievements and failures, feel their happiness and suffering, and sometimes even combine forces to build a better future. At other times, we gladly move back to regain focus for fresh adventures. Antinomies, or opposites, are at heart of all things we do and think.

With this very first TEDxLambeth, we will give platform to unusual suspects, expose veiled expertise, and share what is common to us all: humanity. A confluence of infectious and persistent ideas are what we support. We want to live in a society that observes, constructs and expresses through Antinomies. Join us in this journey.

We are TEDxLambeth: Antinomies! See you in October ...

Featured on the BBC documentary ‘Situation Vacant’ (1994), Ben started his career serving with the Royal Marines for five years; eventually being promoted to the rank of Captain. Joining JP Morgan as an analyst, he worked in New York, London and the Middle East, before launching his first digital business in 2001. As the world’s first crowdfunding business, Bmycharity enabled 800,000 donors to deliver more than £50 million to UK charities. Since February 2016, as ‘ambassador’ for the Royal Navy and Heropreneurs, Ben has been the Head of Level39, supporting 200 high-growth technology companies who are transforming the security, productivity and reach of global financial services and other sectors. Most recently he became the Campaign Coordinator for GenieShares.

Gabriele Pollina is a multi-instrumentalist from Italy. His passion for music began when he received his first drum kit at the age of six. Surrounded by a very musical environment his percussive skills grew fast and at the age of eleven he was already playing in his first band. After several years of drum training gigs and recordings he felt that something was missing in his musical development, something that could combine rhythm and melody. He found his answer in an instrument called handpan! He approached on this in 2013 and after only 6 months he won the first prize at the Handpan Race, a contest organised by the Handpan Festival in Milan. During the following years he recorded his first album as a soloist and he started a long music trip through Australia and Asia. Now he's based in London, where he is teaching and performing.

Gerrie Skeens is an actress, model, writer, director and photographer. Known for her roles in 'Ravenswood' and 'Red River', Gerrie has appeared in countless productions and won awards in various ceremonies including the 14/48 London Festival, Living Skies Student Film Festival and Pasadena Eclipse International Film Festival. In 2018, she played the part of Nina in 'Ward 6', Queen Elizabeth in 'Richard III' and Medea in a solo show. In collaboration with JAG Art, she appeared in PoArtry of the Revolution, a joint Russian/English language production which she co-wrote, translated and directed.

Painter, Draftsman, Writer and Pioneer of East-West Dialogue in Art

Haralampi G. Oroschakoff is an Austrian painter, draftsman and writer and is the offspring of an old, exiled Russian family. He lives and works in Berlin, Vienna and Cannes. Haralampi is considered a pioneer of the East-West dialogue in art and a renewer of the reception of Eastern iconography in Western painting. He attracted attention in the eighties with drawings, text collages, installations, and video performances. He has numerous exhibitions, lectureships and publications in the international culture industry since the early 1980s. Haralampi is the author of 'Die Battenberg Affäre' and one of the authors of 'Moskau-Berlin Stereogramme'.

Admired across continents, Jillian Haslam’s life story has always had a peculiar way of capturing the attention and imagination of her audiences. Born to a British father in India, who chose not to return to England after India’s independence in 1947, she faced a bruising childhood of extreme poverty, malnutrition and disease, living through the deaths of four siblings and her mother, as well as some appalling instances of racist abuse. Now, Jillian is an entrepreneur, keynote speaker, trainer, philanthropist, and author of two books, 'Indian.English.' and 'The Irrepressible Mind'. She currently runs six charities for various sectors of the underprivileged in India. She has previously participated in several TEDx events as a speaker.

Julia Munrow was the Artistic Director of MOMI Actors and directed the 'Playback Company' featured on LWT's Nightlife. The writer of 'Silent Women? Black in the Frame' and 'News from No-man's Land' for the National Film Theatre, her novel, 'Please Don't Keep In Touch' was shortlisted for the Woman's Fiction award. Julia’s film and TV credits include the BBC’s 'Elisabeth II in Love Again' and 'Mercy in Mankind'.

Katie Day started her training and motivational speaking career in 1989 as a result of a somewhat challenging life. She went on to develop her leading women’s development programme that has been delivered all over the world. She is frequently the keynote speaker at global events and has appeared many times on radio and tv worldwide speaking on women’s leadership and personal development. She is one of the UK’s leading voices on menopause in the workplace, delivering her suite of programmes under the banner of ‘Midlife Matters’. She is one of the Directors at the Foundation for International Collaboration and on the board of trustees of the charity Wayfinder Women. She is a visiting lecturer at The Shadomal Centre for Management in Mumbai, India. Her new book, 'No-one to fall back on, behind every successful woman is herself’ was released in October 2018.

Professor Emeritus Michael York is a UK-based American Religious Studies scholar who specialises in the study of pre-Christian European religion and its relation to contemporary Paganism. In 2003, he published 'Pagan Theology', in which he put forward the idea that the ancient pre-Christian and pre-Islamic religions of Eurasia, indigenous religions from across the globe, and contemporary Pagan faiths could all be constituted as forms of paganism. His publications include 'The Emerging Network' (1995), 'The Divine versus the Asurian: An Interpretation of Indo-European Cult and Myth' (1995), and 'Pagan Ethics: Paganism as a World Religion' (2016). His interests remain in New Religious Movements in general and in the more amorphous movements of New Age and Contemporary Western Paganism.

An award-winning theatrical poet and Central Asia enthusiast, the Reverend David William Parry is also an LGBTQ activist, playwright, producer, essayist, broadcaster, actor, director, founding member of Theo-Humanist Arts and a frantically busy Social Gospel pastor to South London’s disadvantaged. David is writing his Dr.Philos. at Aarhus University, Denmark, on the arts. Indeed, his critically acclaimed lyrical collections, 'Caliban’s Redemption', and 'The Grammar of Witchcraft' explore Shakespearean noir, whilst his staged productions, 'The Botanist Monsieur Jordan and The Sorcerer-Dervish Mastali Shah', 'Shakespeare: A Comedy in Ten Scenes', along with 'Shakespeare Tonight', actively engage with highbrow gags for global audiences. His most recent book is called 'Mount Athos Inside Me: Essays on Religion, Swedenborg and Arts'.

Agent for 'The Mountain' (Game of Thrones) and Renaissance Man

Sölvi Fannar is an actor, model, health professional, writer, poet, multi-athlete, musician and artist, dubbed a 'Renaissance Man' and 'Iceland's Bruce Lee'. Born in Iceland but now based in London, his first taste of acting came in the feature film 'Atomic Station' at the age of 12. After this, there was no turning back. Following his studies at the Icelandic Film School, Sölvi has been involved in film, TV and media projects worldwide and is now the ‘agent’ for Icelandic actor and current World’s Strongest Man, Hafthor Julius Bjornsson, also known as Gregor 'The Mountain' Clegane in 'Game of Thrones.' His two most recent films are 'Three Dots and a Dash' and 'Operation Ragnarok'.

Terje Toomistu is an Estonian documentary filmmaker and anthropologist. She holds double MA degrees in Ethnology and in Communication Studies from University of Tartu, where she is pursuing a PhD degree in Anthropology. Her current main areas of research are Indonesian gender and sexuality and the late-Soviet non-conformist youth. For the past eight years, she has run a multi-platform research-driven media project about the hippie movement in Soviet Union, featuring a travelling exhibition in museums and galleries internationally, as well as a documentary film and soundtrack. Her filmography includes 'Wariazone' (2011), 'Archeology of Ayahuasca' (2016) and her most recent award-winning 'Soviet Hippies' (2017). 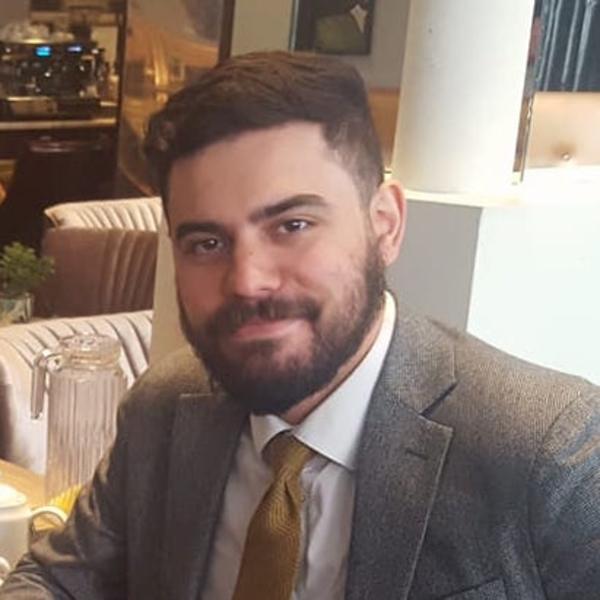