Jessica Vaillancourt teaches all styles of latin dancing, runs performance teams, and has traveled in the US and Canada to perform. She looks forward to continue to help grow the Latin dance scene in New Hampshire with her studio Eleganza Dance Company and adding latin dance competitor to her resume in the near future. Louis Casiano is a Puerto Rican dancer, born and raised in the city of Boston and trained in New York City. At the age of 8, Louis started off in a small Latin-American folkloric dance team in Boston, where he trained various styles of Latin dance. He has performed in salsa festivals throughout the East Coast. He also founded “Salsa In Lawrence,” where he is focusing on building the community of Lawrence, Massachusetts, through the passion and love for dance.

In his memoir, Call Me American, Abdi Nor Iftin recounts his harrowing, extraordinary, and uplifting journey from Somalia, talking about immigration, being a refugee, and his new life in America. Abdi was five when the civil war in Somalia began and attended a madrassa (school) while providing for his family. Amidst the daily shelling of the war and the famine, he had one escape: American movies and music. He learned about America, taught himself English (from watching those American movies), and began to dream of a life in the United States. Evading conscription by al-Shabaab while secretly filing stories for NPR under penalty of death, he stayed in Somalia until he had no choice but to flee to Kenya. While, there, he says he had an incredible stroke of luck, and he won the Diversity Visa Lottery in 2014. His story was chronicled on “This American Life” in this episode: “Abdi and the Golden Ticket.” He became a U.S. citizen in 2020.

Allen Voivod hosts the renowned Star Wars 7x7 podcast, the world's only daily Star Wars podcast. He has produced more than 2,000 episodes, and been featured on nationally syndicated TV and radio programs sharing his love and expertise of the Star Wars galaxy. The show has been downloaded in more than 140 countries on six of the seven continents, informing and entertaining tens of thousands of fans every month. When Allen is not doing the podcast, he’s consulting and working with multi-billion-dollar clients as the co-owner of Epiphanies Inc., a company he launched with his wife in 2004. Over the last 15+ years, Allen has been a sought-after online and in-person event speaker and workshop leader on the subjects of online and mobile marketing, brand building, storytelling, and social media analytics. He’s spoken at conferences and in front of civic organizations and trade groups. He’s been a guest lecturer at University of New Hampshire and Southern New Hampshire University.

Barry Brensinger is an architect whose work includes award-winning civic, corporate, educational, and healthcare projects throughout the northeast. In 2013, he received NHAIA’s Clinton Sheerr Award for his career-long design achievements. Beyond architecture, Barry is immersed in partnering with others to help build stronger communities and has been repeatedly honored as a community leader. He has served as chair of the New Hampshire Charitable Foundation and founding chair of the Manchester Regional Community Foundation. He was the 2006 Greater Manchester Chamber of Commerce Citizen of the Year. His current community efforts are focused on Manchester Proud, a city-wide movement whose mission is to advance Manchester’s public schools through greater community engagement, understanding, and support.

Dr. Holly Mintz was drawn to a career involved in community and population health and has been practicing for 22+ years. As a pediatrician with an initial focus on improving medical access and quality for children, she’s broadened her scope to include senior health services in more recent years. She’s learned much about the barriers to care not only for our elderly population, but also for patients with behavioral health disorders, and those with chronic substance abuse disorder. In fall 2018, Holly became the CMO for all ambulatory services for Elliot Medical Group and in this role, she is helping to guide the strategic vision for the health system and community of Manchester, New Hampshire and beyond. Her efforts include improving the behavioral health delivery model, conquering barriers to offering patients medication assistant treatment, and understanding ambulatory service activities, challenges, and issues.

After majoring in technical theater with a minor in Medieval European history, and spending several years as a roadie, Ian Stewart found himself working in a museum. It was there, in 2004, where he discovered a love for preserving history. He received a master’s in preservation studies from Boston University’s School of American and New England Studies in 2017, with a focus in architectural history. Ian’s primary area of research has been buildings constructed in the United States by Netherlandish immigrants, as well as the origins of those styles in Belgium and the Netherlands. Ian was recognized for his work in this field when the New Netherland Institute awarded him the Alice P. Kenney award in 2018. Ian constantly strives to bring attention to this unique style of construction, which has been greatly overlooked, despite its influence on American architecture. Ian is also co-founder and co-president of Water for Puerto Rico/Agua Para Puerto Rico.

JerriAnne Boggis moved to the United States from Jamaica in 1977. She wears several hats, including Executive Director of the Black Heritage Trail of New Hampshire, writer, educator, and community activist. She works to correct the historical record on the racial complexity and richness of New Hampshire’s diverse past. JerriAnne conceived, planned, and implemented the formation of the non-profit organization, The Harriet Wilson Project, designed to memorialize and honor Milford, New Hampshire’s author, Harriet E. Wilson, the first black female to publish a novel. She also raised the monies needed to build a life-size memorial to honor Wilson; which was installed in Milford, NH, on November 4, 2006. She strives daily to continue to increase the visibility of black history in the state by believing that diversity programming is about social change.

Keefe Harrison is the CEO of The Recycling Partnership, a national non-profit transforming recycling in cities and towns across the United States. Since launching The Recycling Partnership in 2014, she’s grown it from a one-woman-team to a multi-million-dollar corporate-funded effort that supports over 1,000 communities across the US. A 21-year veteran of the waste reduction and recycling field, her work has been rooted in building collaborations that create positive environmental change in this world. Prior to her work in recycling, Keefe researched sea turtles in Costa Rica, studied reindeer husbandry in Finland, and worked on a sustainable forestry crew. One of her favorite party tricks is helping people answer the question, Can I recycle that? She said, “Sometimes, the answer is maybe.” She is a nationally recognized speaker and author on recycling and environmental issues and lives in New Hampshire with her husband, children, and backyard hens.

As a professor at Champlain College in Burlington, Vermont, Dr. Kimberly Quinn teaches cognitive and positive psychology. She’s also a workshop facilitator, who frequently speaks on a variety of topics related to positive psychology, well-being, trauma-informed education, and mindfulness training for schools (students and/or faculty), human services agencies, and business organizations. Her recent research is on the influence of social media on the well-being of college students. Prior to teaching, Kimberly was a child and family therapist, specializing in working with those with ADHD. She said, “ADHD is a misnomer: Attention Deficit Hyperactivity Disorder should be ASHD (Attention Surplus High-energy Difference). ADHD is also a gift, due to one’s enhanced ability for divergent thinking – creativity and innovation.”

Matthew Seawright changed his life’s direction forever when he enrolled in a degree program with a New Hampshire-based university in December 2016. He has since become an entrepreneur, public speaker, and a better leader focused on helping others change the way they do business through effective customer service and direct experience positioning. As an entrepreneur and customer experience trainer and consultant, Matt’s mantra is: Be Genuine. Be Tactful. Be Effective. Be Efficient. He said, “These leadership characteristics are a part of the message I continuously share wherever I go. I consider them to be a part of my brand and a part of a growing and impactful story.” Matt received a bachelor’s degree in organizational leadership from Southern New Hampshire University in 2019 and is continually educating himself to meet the needs of the industry. He is a son, a brother, brother-in-law, 1 of 30+ first cousins, a best friend, and confidant. 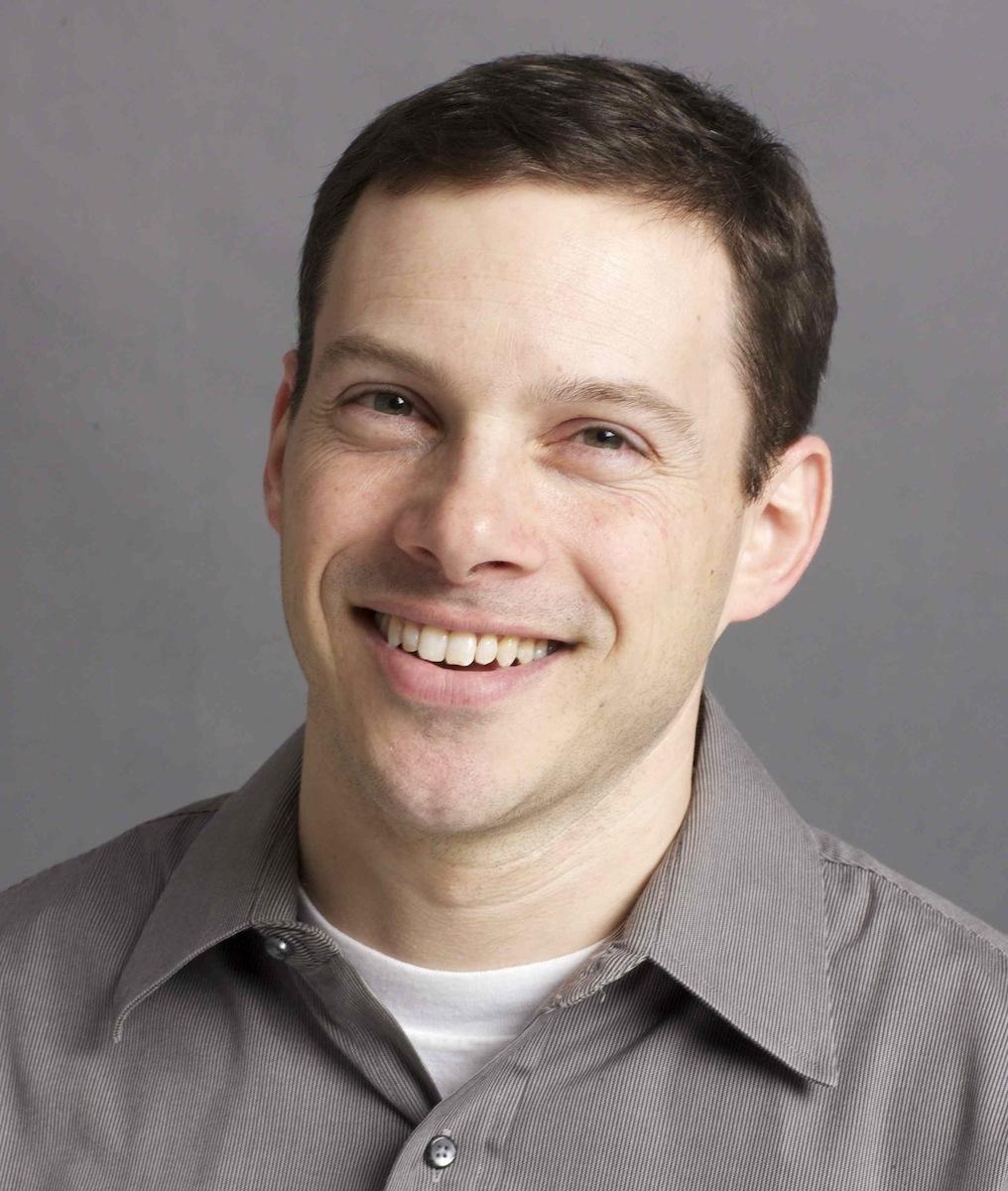 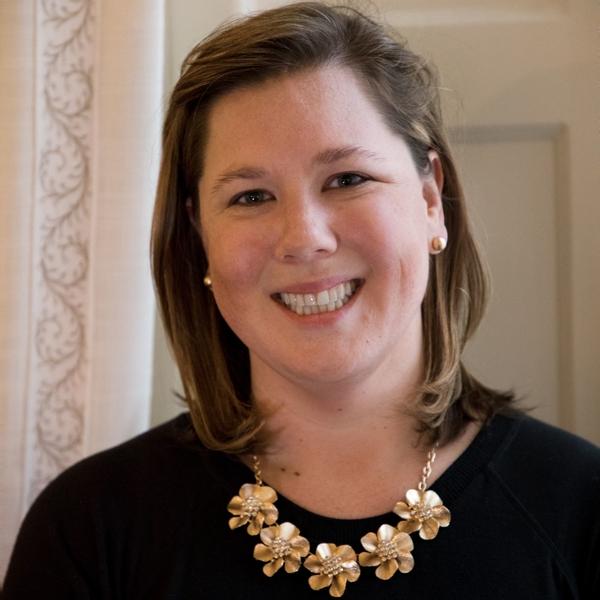