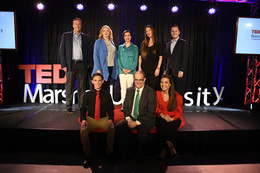 In the spirit of ideas worth spreading, TED has created a program called TEDx, a program of local, self-organized events that bring people together to share a TED-like experience. Our event, which is designed to spark deep discussions and connections in a small group setting, will include five dynamic speakers associate with the Marshall University and two pre-recorded TED videos (one from Huntington’s very own fire chief Jan Rader). Our goal is to bring together bright minds to give talks that span a wide range of subjects, to foster learning, inspiration, and wonder – and provoke conversations that matter. The theme for TEDxMarshallUniversity is "Innovative Solutions to Complex Problems." The evening will feature a diverse group of speakers sharing experiences, motivation, and concepts that address this theme in the Marshall community and the Appalachian region.

The speakers for this inaugural event are:

We are also pleased to welcome Jan Rader, Huntington’s Fire Chief, as our special guest. We will be screening her previously recorded TED talk as part of the event.

Leader. Educator. Mentor. Communicator. Beth Wolfe considers herself fortunate that her leadership and communication skills were recognized and nurtured from a young age, rather than being told to sit down and be quiet. Together, those abilities have led her through a successful 21-year career in education that has ranged from teaching secondary English and chemistry to serving in a variety of administrative roles at her alma mater, Marshall University. Beth believes that authentic, courageous leadership is essential to solving the problems we face in society, and she strives every day to be unapologetically true to herself.

Jordan Richardson is an attorney and Senior Policy Counsel in the Koch political network where oversees its legislative agenda to advance criminal justice reform. Prior to this role, he was a Visiting Legal Fellow at the Edwin Meese III Center for Legal and Judicial Studies at the Heritage Foundation. As a frequent speaker and writer on the topic of overcriminalization, Jordan’s research has appeared in The Washington Post, TIME Magazine, National Review, and many other publications throughout the country. In 2018, Jordan was named to Forbes 30-Under-30 in Law & Policy for his work advancing the criminal justice reform movement. Jordan received his law degree from Ohio Northern University and his Bachelor of Arts degree in political science from Marshall University. He is a member of the State Bar of West Virginia.

Rawan Elhamdani is a senior at Marshall University majoring in Biological Sciences with a concentration in premedical studies. She has a publication in the Journal of Clinical and Cellular Immunology and has completed laboratory research on diabetic lysozyme function. Born and raised in West Virginia, Rawan has been published in Goldenseal, a West Virginian magazine, for her speech on state loyalty-- Rooted in the Mountains. Being a minority, both as a West Virginian and a Libyan, Rawan has a vested interest in dispelling the myths and stereotypes surrounding minorities. In her spare time, she enjoys volunteering at local elementary schools and traveling.

Sean Callebs is a network reporter for CGTN with over 20 years prior experience at CNN, where he covered a wide array of stories and anchored programs on CNN and Headline News. Sean was CNN’s point person based in New Orleans during the aftermath of Hurricane Katrina and reported from ground zero for weeks following the 9-11 attacks. He was nationally recognized for his reporting on the problems of poverty in the United States. Sean has worked in China, Cuba, Guatemala, Afghanistan, Jordan, and Kuwait. His numerous awards include a National Emmy, a Gold Medal at the New York Film Festival, and many awards for his spot news reporting, including Hurricane Katrina and the Oklahoma City Bombing. In 2011, Sean served as a diplomat in Afghanistan for the U.S. State Department, where he helped rebuild the country’s TV, radio, and film industries. He is a distinguished alum from Marshall University, and delivered the commencement address at the University in 2010. 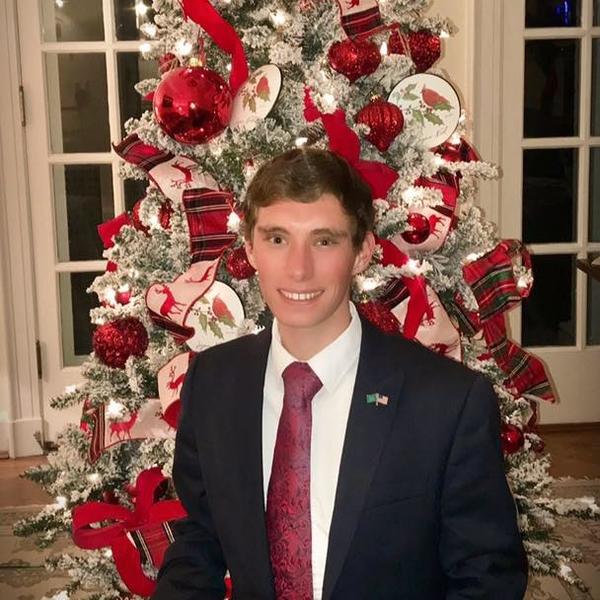