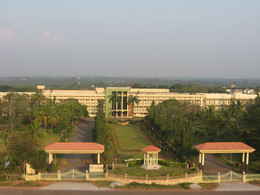 "Created in the spirit of TED’s mission, “ideas worth spreading,” the TEDxNITKSurathkal program is designed to give communities, organizations and individuals the opportunity to stimulate dialogue through TED-like experiences at the local level. TEDxNITKSurathkal, the first of its kind, will happen this year on October 30 at the National Institute of Technology Karnataka (NITK) Campus in Surathkal."

TED Fellow and Founder of Daily Dump. Poonam is an Industrial designer, facilitator, entrepreneur and mentor.

Rishikesha T. Krishnan is a Professor and Area Chairperson in the Corporate Strategy & Policy Area at the Indian Institute of Management, Bangalore (IIMB), India. Professor Krishnan’s book From Jugaad to Systematic Innovation: The Challenge for India, published in February 2010 received good reviews.

Director - Fellowship Recruitment, Teach For India. Teach For India is an initiative encouraging outstanding college graduates and young professionals to commit two-years to teach full-time in under resourced schools and become lifelong leaders working from within various sectors toward the pursuit of equity in education.

Kumaresh is the younger of the well-known duo of violin players Ganesh-Kumaresh, who are a part of the South India music fraternity (Carnatic music). They are best known as modern contemporary artists who have done lot of service to "Sastriya Sangitam". They are a dynamic duo of violinists, who have carved a niche for themselves in this era of great violinists. The brothers have gone deeper into the realm of the music and brought out a refreshingly original content and style for the instrument.

Nikhil Velpanur roams around, looking for fun things to do. He has no traditional 'job', 'career' and definitely no plan. He is extremely weary of specious epithets like Entrepreneur, Innovator, Photographer etc, so he uses them interchangeably to confuse people.

Vineel Reddy Pindi is a Mozilla Firefox enthusiast, dreamer, creative dude. He loves People, Cars, Technology, the Web & Pets. Vineel started as a volunteer as he love browsing with Firefox and wanted to share the same with his friends. The idea that his contribution will directly help millions of people have a better web experience keeps him motivated! Presently he is the Council Member for Mozilla Reps (ReMo) at the heart of the community at Mozilla India.

Magic has always been Arvind's passion. After years of study and hundreds of performances, Arvind is ready to take you on a magical journey that you have to experience to believe. His fun and original presentations will provide you with entertainment that you will remember for a lifetime.

Narendra Nayak is a well-known rationalist from Mangalore, Karnataka, India. As part of his campaign to expose the so-called miracles and to debunk superstitions, he has conducted about 2000 demonstrations all over India as well as in Australia, England, and Greece and featured in several TV shows.

Anoj Viswanathan is the co-founder and President of Milaap.org, the first online platform that enables anyone in the world lend to India's working poor. A graduate from National University of Singapore with a background in engineering and economics, he is also a founding member of the Microfinance Society in Singapore.

Mohandas Pai is an Indian chartered accountant. He was a Member of the Board of Directors of Infosys, and Head – Administration, Education and Research, Finacle, Human Resources, and Infosys Leadership Institute.As the CFO of Infosys, he played a strategic role in transforming Infosys into one of the world’s most respected and widely known software services companies. He formulated the country’s first publicly articulated financial policy for the company. Mr.Pai has a keen interest in improving literacy across the country, mainly primary education. In 2000, he, along with others, founded the Akshaya Patra Foundation, Bangalore, to start a mid-day meal program for school children. founder of Dakshina Kannada Rationalist Association and has been its Secretary since 1976.

Born in a small middle class family from Trinelveli, the girl had speaking disability as an infant. Despite this trouble, the girl with the continuous encouragement she received from her Parents developed an extra ordinary Memory Skills and started reciting Sanskrit Slogans on her First Birthday. She started to have an overwhelming memory power which brought her an IQ of 225 at the age of 3. Now this girl has broke the record of Hyder from Pakistan by completing CCNA at the age of 10.

Prasanta Karmakar’s rise to become India’s best Paralympic swimmer is nothing short of an unbelievable story. Born to a taxi driver in Kolkata, he lost his right arm in a freak accident at the age of 9. He learnt swimming after that. GSF, a sports NGO based in Bangalore, helped Karmakar pursue his dream of becoming a professional. He was recently conferred the prestigious Arjuna Award in the disabled sports category by the President of India.

For Rudramuni B, senior director and head of Dell India R&D, it's all about winning respect for his team from their global peers. Not only does he head a large team in Bangalore now, he also manages a 25-member team team in Austin, Texas. The Austin team works on advanced engineering projects related to the operating system. 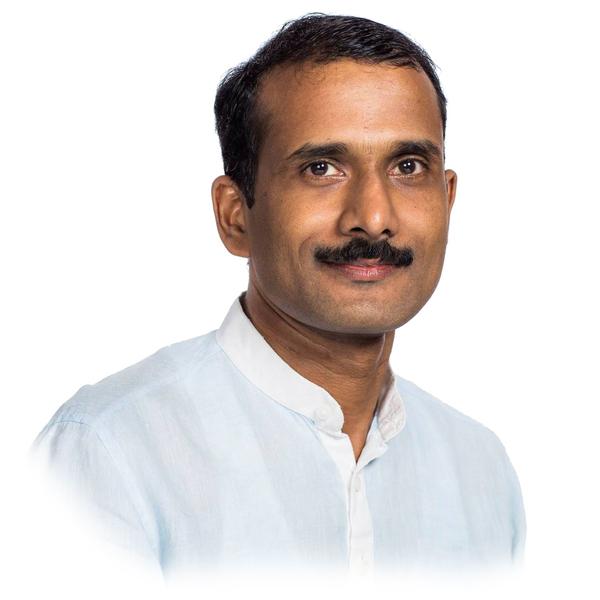