Theme: You Are Here

You’ve made it here, but where are you? Context is everything, and we’re all just trying to figure out what “here” really means. Establishing where we’ve come from, and where we are now, will be what launches us into the future.

We’ll celebrate ten years of ideas worth spreading right here in our city and look forward to the impact we’ll have in the years to come. Who will take the stage to share new ideas in 2019? What will it feel like to be part of that energy, and where will these new ideas take us? There’s only one way to find out!

Spoken word poet Alanna Bluebird-Onespot comes from the Siksika Nisiitapi and Tsuut’ina Dinatii, and uses art to empower and uplift Indigenous youth. She expresses herself through performing arts, dance, poetry, cinematic arts, and quillwork. Alanna has founded an organization connecting wellness and art called HEAL - Helping Every Artist Live. HEAL collaborates with the Tsuut’ina Youth Program, an arts and culture after-school program called For Indigenous Youth By Indigenous Youth, and is about helping young artists grow and learn from themselves in the art they create.

Barb is best known for her work as anchor of the CTV Calgary News at 6 and award-winning journalist. Barb left television in 2010 to run for Mayor of Calgary. After a surprising discovery about her own burnout, Barb turned her journalistic curiosity to the effect of toxic stress. She is a Certified Wellness Counselor and is completing her studies in somatic trauma therapy. Barb has won the Peter Legge Philanthropy Award, the Queens Jubilee Award, and the UNICEF Canada Volunteer Service Award.

Purpose-driven coaching is what gets Casey Berglund out of bed each morning. She helps her clients experience the worthiness, joy, and fulfillment of living purposefully, rather than the emptiness of chasing someone else’s version of success. She believes that our bodies hold profound wisdom and when we tune in, listen, and act on that wisdom, our lives transform. Berglund is a registered dietitian, private yoga teacher, coach, and the founder of worthyandwell.com and caseyberglund.com. Hailing from Saskatchewan, she now lives and works in Calgary, escaping to the mountains whenever she can.

In 2011, Cowtown Opera founder and Calgary native Michelle Minke acted on a vision to breathe new life into an art form that has traditionally been misunderstood as elitist and boring. She and business partner Carrie Kalmykov launched Cowtown Opera with a goal of breaking pre-conceived notions about opera and providing performance opportunities for local opera talent. Since then, Cowtown Opera has become one of Calgary’s signature artistic companies, surprising audiences with cheeky, English-language interpretations of operatic classics, remarkable vocal calibre, and daring new projects. Cowtown Opera delivers unique and entertaining performances that holler “Calgary!”

Dave Proctor runs a sports massage therapy clinic—and extreme distances. He’s the proud owner of Guinness world record for furthest distance run on a treadmill in 24 hours as well as multiple Canadian records. After struggling for years with diagnosis, access, and support for his 10-year-old son Sam’s rare disease, Procter founded Outrun Rare in 2016, using his ultra-marathon skills to raise funds for the Rare Disease Foundation. Though an injury halted his most recent charity run to break the speed record for crossing Canada, he’s not one to stay off the pavement for long.

As co-founder of Village Brewery and strategist at Evans Hunt Group, Jim leverages his experience in community building to create a more connected Calgary. Jim has served on not-for-profit boards, garnered awards for community work, and created festivals, conferences, and programs. Recent festivals include the traveling food, beer, and music festival Circle, Best of Calgary, and Disconnect to Connect. Jim is also living with terminal cancer — an adventure he documents on his website gatherwithjim.com. Though cancer brings with it serious implications and challenges, Jim and his family are learning life lessons and finding gifts along the journey.

Jo Anne Stratton is a senior postdoctoral fellow at the Hotchkiss Brain Institute, University of Calgary. She was awarded the 2018 Postdoctoral Fellow of the Year award and has been appointed at McGill University to start her own laboratory later this year. She is passionate about the potential of using single cell-omics to understand and treat disease and injury. She has published extensively, including as a lead author in the highly acclaimed peer-reviewed journal Cell. While completing her Ph.D. in Melbourne, she founded Australia’s major trainee network for neuroscientists, connecting over 1,000 young scientists with each other. Stratton is an avid traveller, publisher of children’s books and a mother.

Maria Hoover moved to Calgary in 2004, from Guanajuato, Mexico, a city filled with history, art, and culture. She worked as a graphic design consultant, then opened and spent seven years managing Endeavor Arts. In 2012, she co-founded MakeFashion where she is currently Event Director. Their initiative introduces designers, engineers, and makers to cutting edge new technologies: fusing high-tech and high-fashion on the runway. They have produced over 100 wearable tech garments and showcased at over 60 international events.

Erickson has worked in architectural offices in London, UK, Vancouver, and Halifax, and taught architectural technology at the Bachelor of Community Building and Design (BCBD) program at the University of The Gambia, Banjul, West Africa. Working internationally has helped broaden his understanding of how architecture is shaped according to culture, climate, geography, and ways of living.

Kennedy’s passion for design connects landscape, community, and the process of making. His ambitious nature as a designer, artist, and maker has driven him to realize projects of a variety of scales across Canada. His process of designing and making facilitate a logical process of composing ideas into built works. In 2011 he was awarded the Rossetti Travel Fellowship to travel to Japan and research compact housing typologies. His architectural thesis focused on developing a strategy for laneway housing in Calgary’s inner city communities.

Morgan Hamel started The Garment to connect women and responsible brands. Her company brings together women who are interested in owning fewer, better pieces and the companies who make them. Her work is about more than just clothing—it’s about community. After studying ethics in school, and working in the ethics office of a large corporation, she learned just how much grey area there can be. She created a business model based on her experience that is changing the face of fashion.

One Big JAM is a Calgary-based artist platform that curates fully improvised concert experiences by bringing various cultures and communities together, as well as hosting engaging music workshops. Best known for their “radically inclusive” concerts, where the lines between the stage and crowd are blurred, One Big JAM has earned a reputation for doing things differently. The group’s events draw in dancers, poets, visual artists and organizations from diverse corners of the city. Through all their endeavours, One Big JAM pursues a bold vision for putting Calgary on the map by creating a new and unique world-class music culture.

Canadian Country Music Hall of Famer, husband, father, entrepreneur, humanitarian, and philanthropist Paul Brandt draws on musical abilities as well as his role as a former RN at Alberta’s Children’s Hospital to engage audiences, challenging them to look outward, and to create “stuff the world needs”. As Calgary’s Mount Royal University’s “Storyteller in Residence”, Paul leads MRU’s Bissett School of Business Branding & Marketing students in developing new business and social enterprise including the Anti-Human Trafficking movement “#NotInMyCity”. Paul’s entertaining presentations help audiences understand every person has unique purpose and potential, inspiring them to do more than they ever dreamed possible.

Philip Calvert is known for his ability to mobilize communities to utilize their strengths to make a difference in their own context. The International Justice Mission of Canada is the Canadian partner of the world's largest anti-slavery organization and Calvert is leading the charge on behalf of Alberta. He spends most of his time connecting with people who are passionate about seeing slavery end in our lifetime.

Robert Wolkow is a Professor in the Department of Physics, iCORE Chair of Nanoscale Information and Communications Technology at the University of Alberta and Fellow of the Royal Society of Canada. He is also the Principal Research Officer and Nanoelectronics Program Coordinator at the NRC Nanotechnology Research Centre (NRC-NANO), AITF Industrial Chair in Atom Scale Fabrication and CTO of Quantum Silicon Inc. An award-winning innovator, Wolkow has had a leading role in discovering, altering and deploying atom scale properties of silicon. His years of fundamental advances have laid a broad foundation for practical applications.

Saima Jamal is a well-known Calgary based social activist, community organizer, humanitarian, and volunteer social worker. She speaks publicly on refugee and immigrant issues, activism, anti-racism, religious discrimination, and women’s issues. As the former program manager of the Consortium for Peace Studies at the University of Calgary and the current co-founder of the Calgary Immigrant Support Society, formerly the Syrian Refugee Support Group, Jamal uses a unique multi-faith, multi-cultural and multi-community approach to mobilize thousands of Calgarians to make our city a welcoming place for newcomers to live and thrive.

Sarthak Sinha is an MD-PhD Candidate and a Canada Graduate Scholar in the Leaders in Medicine program at the University of Calgary. He utilizes advanced sequencing technologies to understand mechanisms of tissue scarring and regeneration. Sinha’s work has been published in seventeen peer-reviewed publications, as well as The Globe and Mail and The Scientist. His TED-Ed video lessons on wounds, scars, and hair loss have been viewed more than 5 million times. He has been named one of Canada's Top 20 Under 20, Alberta’s Top 30 Under 30, as well as Calgary’s youngest Top 40 Under 40.

Scott Gravelle is the CEO & CTO of ATTAbotics. He drives the company's vision, product design, and technical innovation. Over his 25-year career, he has been an innovator in the integration and implementation of digital manufacturing technologies, as well as a machine designer and entrepreneur. Scott has taken on several different professional roles throughout his career including an army medic, competitive hang glider pilot, reality TV show contestant, and partner in a globally recognized longboard company.

Todd Hirsch is the Vice President and Chief Economist for ATB Financial. Hirsch holds a Bachelor of Arts (Honours) in Economics from the University of Alberta and a Master of Arts in Economics from the University of Calgary. He has worked as an economist for over 20 years and has taught economics for nearly a decade. Hirsch speaks to audiences across the country, often providing commentary to media. His latest book, Spiders in Space: Successfully Adapting to Unwanted Change, presents a selection of adaptive traits that can help us not only survive, but thrive, when unwanted change comes our way. 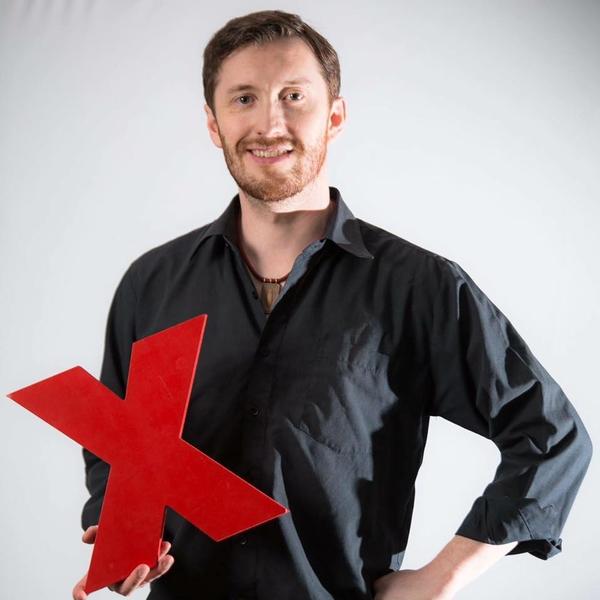