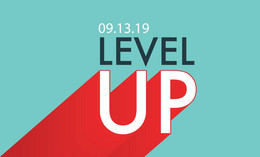 Ashley Legg is a health and wellness professional with the goal to motivate, empower and educate people to live a healthy, active & balanced lifestyle. She became so passionate about health and fitness after she went through her own transformation, having competed in multiple bodybuilding competitions, displaying incredible discipline and placing top 3 in her shows. In 2016 she left her corporate job as a Television Reporter at KFOR-TV to start her own business, Legg Day Fitness, having coached 100's of clients to their goals through recommended nutrition/fitness programs. Ashley now lives on the east coast with her Husband and two doggies, Cowboy Buck & Dixie, both rescues from Oklahoma. While living halfway across the country, they still maintain a strong with the state of Oklahoma.

Ashley West is bringing her IT experience from her time working for Apple Inc. to the University of Oklahoma! She is an Emerging Technologies Librarian who focuses on 360 video development, emerging technologies instruction, & community outreach. Ashley is also the project lead for the premier flexible experimentation & innovation space within The University of Oklahoma Libraries: Innovation @ the Edge. Ashley also serves as a leader for Oklahoma Women in Technology, was a 2016 STEM award recipient for the ’30 Under 30’ program, and has presented on emerging technologies at national conferences including the Library & Information Technology Association (LITA). Ashley is passionate about connecting people with technology & demystifying what it can do to improve all aspects of everyday life.

Caroline Cochran cares deeply about the environment and health, which underlies her dedication to making advanced nuclear energy a reality. As the founder and COO of Oklo Inc., Caroline Cochran is leading the team towards building a very small advanced reactor generator that can be waste-negative, carbon-negative, and replace the world's dirtiest and least reliable remote power sources. She brings with her a wealth of experience, from being a manager in 16 projects, including 10 start-up projects, to founding 5 different organizations. Cochran is the first author of several published papers, and currently is an editor for a nuclear energy education and advocacy website. She earned her BA in Economics and her BS in Mechanical Engineering from University of Oklahoma and her MS in nuclear engineering from MIT.

Chad Jordan is the author of Shut Up & Give?, ReThink Missions, and Three Jobs, as well as the founder & chief consultant of Cornerstone International and the co-founder & CEO of Arrow Global Capital. He is a NextGen Under 30 award winner, a founding member of the Oklahoma Venture Advisory Council, a mentor for the Oklahoma City Thunder LaunchPad, serves as a policy advisor to the U.S. Senate, and is a self-diagnosed unconventionalist. Chad holds a bachelor’s degree in international policy and a master’s degree in international development from The George Washington University in Washington, D.C, and though he has lived on the East Coast and traveled to or worked in more than sixty countries across the globe, Oklahoma is home.

After discovering the amazing benefits of the menstrual cup for herself, Cindy has become an avid advocate for their widespread adoption. She believes that all people should have thorough knowledge about menstruation & menstrual cups. She is the CEO of Menstrual Mates, a business dedicated to promoting quality menstrual management products rooted in the values of empowerment & sustainability.

My life's journey began in West Africa, and my family has always been committed to social service. While I will be the first to acquire a master's degree in Social Work, there are many social servants that include ministers, teachers, therapists, nurses, musicians, artists, historians, and financial advisers. These family dynamics have deeply impacted my perspective on life by making me highly aware of the needs of others around me. I have spent the majority of my life traveling internationally with my family on missions of service. I have participated in medical mission trips, trips to build and reinforce infrastructures and buildings, I have assisted with nutritional needs assessment and fulfillment, educational camps, safety education, and a host of other types of activities directed toward individuals, families, and communities that are under-served and less fortunate. It is this strong commitment to compassionate equity that drives my life's work.

Erica Parker’s love of music began sitting in her Grandmother’s lap as a toddler and listening to classical music on the HIFI. She was deeply inspired and captivated by Beethoven’s 5th Symphony and Mozart’s Symphony No. 40 in g minor at that young age. That early love of music blossomed throughout her youth and helped her to become a professional musician, making music her companion and friend throughout life. As she became an adult she knew she wanted to share her love and passion for music with others to help build innovative programs and stronger connections for the community of Tulsa. Through her work in Tulsa Public Schools, Tulsa Community College, Signature Symphony as well as creating and developing programs for early learners and senior residents of Tulsa, she has realized that the power and depth of music can heal, educate, unify, and develop relationships across socio-economic lines helping Tulsa’s community grow together.

Erika is the Co-Founder of StitchCrew, a firm focused on growing the innovation economy in the middle of the country by democratizing access and connecting traditionally overlooked entrepreneurs with capital, resources and social networks. As part of her efforts, she runs an accelerator program backed by the Oklahoma City Thunder and Google. Born and raised in Mexico, she started her career facilitating the establishment and successful operation of several international companies in Mexico. Prior to launching StitchCrew, she was Vice President of a Private Equity Firm with investments in the U.S. and Europe. As part of the leadership team, she worked closely with the firm’s partners to evaluate new investment opportunities and managed the integration of new acquisitions into the firm's operating business model. Erika currently serves as Board Director of Arvest Bank, the Oklahoma Policy Institute, the Oklahoma City County Health Department, and the Potts Family Foundation.

Janet Ward, Brammer Presidential Professor of History at the University of Oklahoma, is the inaugural Faculty Director of the OU Arts & Humanities Forum, and the Vice President and President-Elect of the German Studies Association. Originally from the south of England, she majored in French and German at the University of London where she received a First Class Combined Honors BA degree. After working in the City of London and then emigrating to the U.S., Janet received her MA in Comparative Literature from the University of Pennsylvania and her PhD in German Studies from the University of Virginia. Author and coeditor of six books and many articles, Janet has received grants and awards from the American Council of Learned Societies, the Fulbright Program, the German Academic Exchange Service, the Getty Research Institute, the National Endowment for the Humanities, the Summer Institute for Israel Studies, and the United States Holocaust Memorial Museum.

Korey McMahon began his career as a professional snowboarder and was ranked the #2 snowboarder by USASA before building and selling his company, McMahon Marketing. Korey is the also the founder of The Living The Dream Project where he’s on a mission to invite and inspire 1 million people to live their dream life. His Living The Dream formula depicts actionable steps to live your best life. He is an author who regularly contributes articles to forbes.com, a real estate investor and an international speaker on marketing, sales and culture. Korey is currently the Vice President of Sales and Culture for WEOKIE Federal Credit Union where he is serving their 55,000 members. Korey enjoys spending time with his wife, Autumn and chasing their two children. Korey has also been named a NEXT Under 40 Professional, OKC BIZ Forty Under 40, Achievers Under 40 and ActionCOACH ActionMAN of the Year. Korey can be found speaking at various conferences, events and contributing articles to forbes.com.

Lachelle King is a second year Graduate student at The University of Oklahoma. Originally from Tulsa, Oklahoma, she has been a student at The University since 2014, where she graduated with her Bachelors in Communications in Spring of 2018. Lachelle currently serves as The Graduate Assistant for African American Programs & Services within The Office of Student Life. She is passionate about learning and discussing all things related to Social Structures such as Race, Class, and Gender. Therefore, it is no surprise that she also works as a Lead Facilitator within the Office of Diversity and Inclusion at OU. She will be speaking about her particular approach to facilitating conversations on racism, by means of storytelling.

OU IT Specialist, Lead Advisor for the OU E-Sports Club

Mike Aguilar is the founder of the current three-year-old OU Esports Club aimed at debunking gamer stereotypes by creating opportunities in academic curriculum, career placement, competitive energies, research topics, and K-12 outreach. Mike is currently an employee in the Information Technology department and does project management and business analysis. He is a US Army veteran, a photographer with 20 years of experience covering a multitude of genres, and sits on the Esports Steering Committee for Sports and Entertainment Alliance in Technology. In the past he’s served as a public servant in juvenile corrections, worked for Apple, and landed a job at AMD through his connections in World of Warcraft.

Dr. Phillip Chilson is a Professor in the School of Meteorology at OU and Director of the University’s Center for Autonomous Sensing and Sampling. He received a BS and PhD in Physics from Clemson University and an MS in Physics from the University of Florida. He has held positions at the Max-Planck Institut für Aeronomie in Germany, the Swedish Institute of Space Physics in Sweden, and the University of Colorado. Dr. Chilson has been with OU since 2005, where he has pursued a wide variety of research topics. His current research interests include investigations of the atmospheric boundary layer, aeroecology, the advancement of remote sensing technologies, and the development of unmanned aerial systems for atmospheric studies. Before joining the University of Oklahoma, Dr. Chilson also worked in solid state physics, ultra-low temperature physics, and aeronomy. After receiving his BS degree, Dr. Chilson worked at a nuclear research facility in Germany on of a Fulbright Scholarship.

Pranav is pursuing his Doctorate of Philosophy at Purdue University – Department of Mechanical Engineering. He is an environmentalist and a strong believer of equal rights. He plans to become a professor in the future and carry out many projects similar to the ones discussed in the talk. 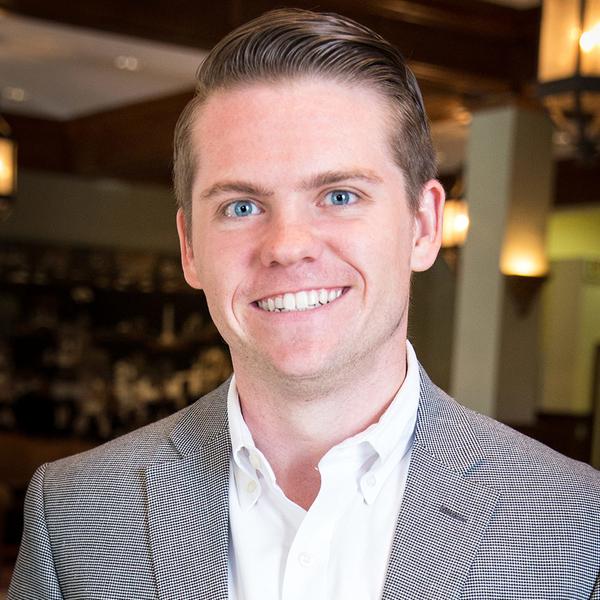