TEDxStroudsRun is an independently organized TED event in Athens in Appalachian Ohio. TEDxStroudsRun 2019 -- the 2nd annual edition -- was held on October 5 and was a day filled with brilliant speakers and performers, as well as many a connection created or strengthened. Our MC for the day was Mayor Steve Patterson. The presenters addressed a wide range of topics, including different types of artistic expression, community solidarity, autism, cultural identity, recovery from addiction and reentry from incarceration. Here are the TEDxStroudsRun 2019 presenters:

The audience was also treated to videos of TED talks by Greta Thunberg ("The disarming case to act right now on climate change") and James Veitch ("This is what happens when you reply to spam email").

Alfred is son and a brother. He became an addict. He found recovery and became a husband, a foster parent and a father.

“I am 18 years old and I grew up in Athens, Ohio. I graduated from Federal Hocking High School as Valedictorian, while attending Ohio University through College Credit Plus. I graduated as a member of the National Honor Society, with honors on my diploma, portfolio, and senior project. I am currently a student at The Ohio State University earning a Bachelor of Science in Aviation Flight with a Private Pilot Specialization in the College of Engineering. I am able to do so because I earned numerous scholarships, including OSU’s most prominent scholarship -- the Eminence Fellowship -- as well as the nationally recognized Jack Kent Cooke Scholarship. Within four years’ time, I hope to be a first officer for Scandinavian Airlines and living in Sweden on a work permit, on my way to becoming a Swedish citizen.”

Evelyn Shin Nagy Medrano Aguirre. A Human. Being. Novice Duck and Chicken Farmer. Taco artist. Truth seeker, lover of life, and feminist choir singer. I’m learning to use my experience/vulnerabilities and stop hiding my past. I hope my struggles and journey will help others feel less alone and find their own inner courage to share and live our best lives!

Jerry Rockwell is a musician and luthier who focuses his love of musical structure and fine woodworking on an uncommon American folk instrument, the mountain (Appalachian) dulcimer. A self-described "one-man music laboratory," he uses hand tools to build his instruments and digital tools for music publishing, recording, and streaming his performances online. As a teenager on Long Island, Jerry developed a passion for stringed/fretted instruments and jazz and rock guitar. Then, while a student at SUNY Plattsburgh, he heard the freewheeling mountain dulcimer music of Richard and Mimi Farina and began searching for a dulcimer and tools for building his own. Thirteen years of dulcimer building, playing and teaching sparked a move to Ohio in 1983 and eventually led to formal music studies and a BA in music at The Ohio State University. As an inspired nontraditional student, he took courses from counterpoint to electronic music to acoustic physics, and a concentration on music theory and composition was the basis for ongoing development and growth as a musician. During the past five decades, Jerry has played at folk festivals in England, Ireland, Iceland and around the US. He has published nine instructional tunebooks, is featured on many recordings and musical collaborations, has co-founded three dulcimer festivals, and continues to design and build custom acoustic and electric mountain dulcimers. Jerry encourages and challenges dulcimer and guitar students in workshops and online. Jerry's recent compositions explore the relaxing, meditative sounds of the electric dulcimer. His recent tracks have found their way onto more than 120 playlists on digital streaming platforms.

The sights and sounds of Africa fill the air when Paschal Yao Younge, a multi-talented and interdisciplinary musician, scholar, composer, author and performer presents world percussion music and dance forms internationally, focusing on styles from Africa and the African Diaspora. Dr. Younge, Professor of Music at Ohio University, is currently the Executive and Music Director of Azaguno, Inc., a multi-ethnic ensemble based in Athens, Ohio that focuses on research, preservation and performance of African, African American, Caribbean and Latin American Music and Dance. Paschal was born at Dzodze, a village in the Volta Region of Ghana to Augustine Kwasigah Younge and Catherine Younge, both musicians. His parents introduced him to western and traditional Ghanaian musical instruments at an early age of 3. It was no surprise that by age 8, Paschal had learned to play the organ and violin, accompanied the church choir with traditional African instruments and also participated in community cultural groups. Throughout his life, Paschal has continued to study and teach other western musical instruments such as the trumpet, horn, trombone, tuba, alto saxophone and clarinet in addition to various traditional Ghanaian musical types and instruments. He continues to further his understanding and knowledge of the entire African cultural heritage through drumming, dancing and research. As a specialist in African choral and brass band music, clinician in other sub-Saharan African musical arts, world percussion and advocate of intercultural, interdisciplinary and multicultural music, Younge has presented and performed at festivals, concerts and conferences internationally in over 45 States/Provinces in the US/Canada and 25 countries internationally. Prior to coming to Ohio University, Younge taught at West Virginia University where he served as Director of the World Music Center and at the University of Ghana as Principal Music Instructor and director of several ensembles including brass bands, choirs and other instrumental groups.

Shawn Stover (LSW) is the Reentry Coordinator at Ohio Means Jobs of Athens County in Appalachian Ohio. He graduated from Ohio University in 1989 with a bachelor’s degree in Social Work and Psychology. He worked at Tri-County Mental Health for 8 years as an outpatient counselor and member of the Crisis Intervention Team. Shawn also previously contracted as the Home Study Assessor for Oasis Therapeutic Foster Care from 2000 to 2012, licensing homes in a 16-county catchment area to become therapeutic foster care providers. Shawn has worked for Athens County Job and Family Services for 22 years in various programs, helping people experiencing poverty to become more employable, and currently as the Reentry Coordinator at The Ohio Means Jobs Center Athens County for the last 5 years, helping people being released from prison with all aspects of their lives. Shawn was voted Athens County Big Brother of the year in 1996 and was chosen as Outstanding Social Worker by the Phi Alpha Social Work Honor Society at Ohio University in 1997 for his many years of mentoring social work interns. Shawn is the chairperson for the Athens County Reentry Task Force, organized to help people in reentry, recovery and poverty. He also is an active member of the Athens County Opiate Task Force, Athens HOPE, ASPIRE Advisory Board, and Athens Veteran’s Court.

Troy Goins is an artist at Passion Works Studio in Athens, Ohio and a much appreciated member of the community. He is passionate about artistic creation and about building a better world for those with disabilities through the power of the arts. Troy’s life story is a beautiful one of transformation, of struggles overcome with courage and strength of character, and of realization of potential.

Zelma Badu-Younge, one of the most charismatic cultural fusion artists, captivates her audience as she steps on stage. This mesmerizing performer is considered one of the most electrifying choreographers, with her high-energy synthesis of West African traditions combined with other world dance forms. A natural born mover, it’s been said that she could dance before she could walk. Zelma’s passion for dance led her to study at the National Ballet School of Canada (Toronto), l'Academie des Grands Ballet Canadiens (Montreal), Alvin Ailey American Dance Center (New York City) and at University of Ghana's School of Performing Arts. She holds a B.F.A. in Contemporary Dance and Choreography (Concordia University), a M.F.A. in Dance Ethnology (York University), and a Ph.D. in Culture and Values in Education (McGill University). Dr. Badu-Younge is Professor of Dance at Ohio University, and Dance Director/Choreographer for Azaguno, a multi-ethnic ensemble focusing on research, preservation and the performance of global forms. She has presented scholarly papers, conducted workshops or performed internationally in North America, Europe, Africa, Australia, and Asia, including guest speaker at Princeton University’s 3rd International Symposium on the Music of Africa, and Society of Dance History Scholars Conference on Dance Dramaturgy at York University. Zelma performed as solo vocalist with the Montreal Jubilation Gospel Choir in New York City and throughout Canada and Germany and has produced multicultural arts festivals, concerts, conferences and symposia. A recipient of the Ohio Arts Council Individual Excellence Award - choreography (2016 & 2008), NAACP Image Award for Excellence in Faculty Academics and Research and multiple awards in Canada - the prestigious Chalmers Awards for Creativity and Excellence in the Arts, Laidlaw Foundation, and Canada Council for the Arts Awards. She was also highlighted in a cover story as a Cultural Ambassador in Dance Teacher Magazine. 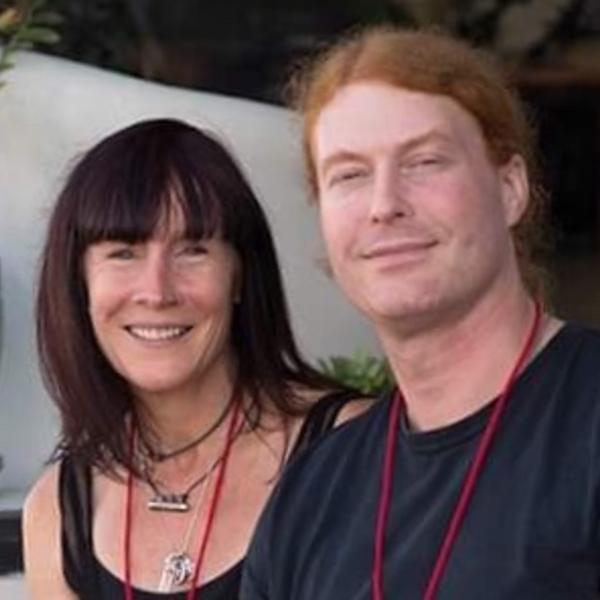 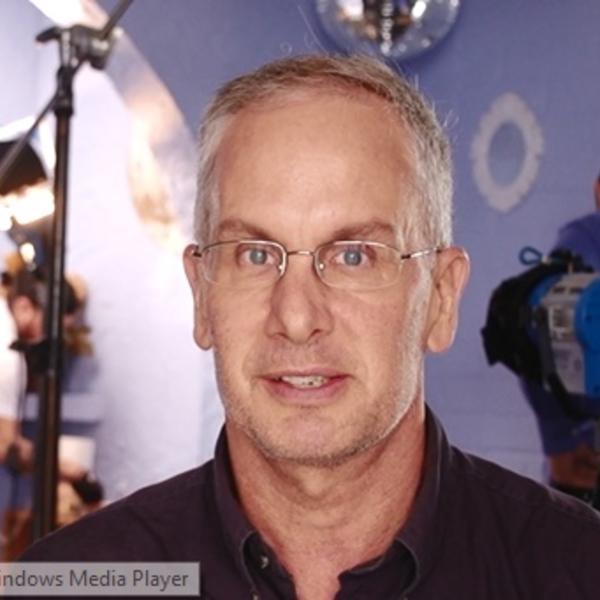