Ashley Gorham is currently a Career Consultant for Medical Solutions, but spent the last seven years building a fitness business where she had the opportunity to transform hundreds of lives through health coaching. She has presented on the topic of physical wellness to local groups such as HDR, Project Harmony, LinkedIn, Securities America, Girl Scouts, MOPS, Fit Girls Inc., Blue Cross Blue Shield of Nebraska, ENCOR, Methodist Hospital, Kat 103, and has written several articles for local and national publications. Ashley’s passion for overall health has given her the knowledge and confidence to speak with integrity about weight loss and diet culture. Her platform has granted her the opportunity to compete successfully in Mrs. Nebraska America earning the Patty Steele Local Woman Achievement Award and Volunteer of the Year Award. Additionally, in 2016 Ashley co-founded the Fit Foundation, a non-profit organization that raises money for local charities.

Bre Phelan is a Founder and President of Felius Cat Café, a nonprofit in Omaha Nebraska, where the mission is to revolutionize the cat adoption experience. Taking her inspiration from similar projects in Japan, Bre launched Felius in 2017, driven by her love of animals and desire to give back to the community. But Felius is just her side-hustle. Over the last decade, Bre’s day job in the advertising industry has led her to many roles in both corporate and agency environments. She is currently a Senior Project Management Lead for Verizon Media’s Ad Creative Technology team, focusing on global ad innovation. She has served on the planning board for Women in Tech of the Heartland, Omaha Chamber’s YP Summit, and is currently on the board of directors for Omaha’s chapter of the American Advertising Federation. She spends her free time traveling with her husband and snuggling her rescue cats, Street Bob and Remi.

Cathy Solarana is the founding principal, designer, and brand and equity strategist at Wheelhouse Collective. She is energized by all things design. She loves problem solving and partnering with visionary organizations. Cathy and her multi-disciplinary team employ design thinking and human-centered solutions to create powerful brand experiences that make true connections and produce strong outcomes. More than anything, Cathy’s sense of social justice runs deep. She integrates her diversity and inclusion experience into the design thinking of Wheelhouse with a focus toward equity in our teams, process, and projects. She also served as the very first Diversity and Inclusion Director for AIGA Nebraska and continues to mentor local young designers of color.

A native Omahan, Dr. Elizabeth Hermsen is the Head of Global Antimicrobial Stewardship at Merck & Co., Inc., where she focuses on optimizing antimicrobial use through education, research, and advocacy. She received her Doctor of Pharmacy degree from the University of Nebraska Medical Center followed by a pharmacy practice residency at The Nebraska Medical Center, and an infectious diseases fellowship and master’s degree in business administration at the University of Minnesota. Dr. Hermsen is a Board Certified Pharmacotherapy Specialist with added qualifications in Infectious Diseases and is a Fellow and Past-President of the Society of Infectious Diseases Pharmacists. She has published in a variety of peer-reviewed journals and books, and has given over hundred presentations across the globe.

Founder and CEO of Kugler Vision

Dr. Lance Kugler, MD, is a specialist in vision correction surgery and CEO of Kugler Vision. A proud Omaha native, he is passionate about improving lives through clear vision. Dr. Kugler serves on several national boards, and his practice is recognized internationally as a center of excellence. Dr. Kugler is one of the original founders of the Refractive Surgery Alliance, an international organization comprised of over 300 of the world’s leading vision correction surgeons; he also served as its first president. Dr. Kugler is an associate professor of Refractive Surgery at the University of Nebraska Medical Center’s Truhlsen Eye Institute. He has been published in numerous medical journals, and participates in numerous clinical studies to advance the field of vision correction surgery.

With over 12 years in economic development, Garry Clark is the Executive Director at the Greater Fremont Development Council (GFDC), the Vice President of the National Rural Economic Developers Association, and was the Northeast Development Network Chair in 2015. In 2018 he received the Midland Business Journal’s 40 under 40 award for his aggressive workforce housing efforts in Fremont, Nebraska. He received his BA in Sociology from Dana College, Blair, N.E. and his Master of Science in Urban Studies/Public Administration from the University of Nebraska Omaha. At Dana College, he was inducted into the Dana College Hall of Fame for Track and Field in 2010, where he held 11 records and was Dana’s first male National Champion. In early 2019, Clark published his memoir, Unlikely Viking – From the D.C. Projects to Rural Nebraska

Jeffrey Koterba comes from Omaha, Nebraska. An award-winning cartoonist, his work is syndicated to 850 newspapers worldwide, and has appeared in publications such as The New York Times, the Washington Post, and USA Today. His cartoons have also been exhibited in the U.S. and in Europe alongside Picasso, and in the Austrian embassy in Paris. His original drawings have also traveled around the globe on board space shuttle Discovery. For his video series for CBS affiliate KMTV he has been a Heartland Emmy Award finalist twice. In his previoius TEDx talk, he connects Tourette’s Syndrome, vulnerability, and creativity. His memoir, Inklings, traces Koterba’s path on his journey to become a cartoonist, and more so, to rediscover the love of his family. Entertainment Weekly called Inklings “ a powerful and moving portrait of an artist.” He is a lead singer, guitarist, and songwriter for his swing band, Prairie Cats, which has performed at the South by Southwest Music Festival and beyond.

Born in Seattle and raised in Southeast Asia, Kate is an independent writer and filmmaker. Her first feature film is a documentary about forced and child marriage in the United States called “Knots: A Forced Marriage Story.” and she is directing a short horror film called “The Murder King.” Since graduating from Florida State University film school in 2007, she has lived and worked around the world in Los Angeles, Marrakech, London, Sydney, Washington DC, and Omaha with work ranging from writing comedic pop-culture parodies for Disney to developing communications for The Tahirih Justice Center to raise awareness about gender-based violence Hyperion published her first YA novel – “I Heart Vampires: Birth” under the pen name Siona McCabre in 2011. Accomplishments 2015 Academy Nicholl Fellowships Screenwriting Competition Quarterfinalist – “Pretty Goes With Everything” by Kate Ryan Brewer and Laughing Fox Thomas

Professor Ron Woerner is the Director of M.S Cybersecurity Studies at Bellevue University, Omaha. With over 25 years of IT and Security experience he is a noted consultant, speaker and writer in the Security industry. He is the President and Chief Trusted Advisor at RWX Security Solutions. He established the Cyber security Studies program at Bellevue University where he still teaches. He has been a featured speaker at many of the world’s security conferences. Ron loves to talk to others who are passionate about Security and Privacy.

Executive Director of the Omaha Conservatory of Music (OCM)

Ruth Meints became the Executive Director of the Omaha Conservatory of Music (OCM) in 2005 and in 2013 launched the String Sprouts curriculum. She also teaches violin and viola at OCM, conducting workshops nationwide in violin pedagogy and music education, integrating current neuroscience findings into music teaching. While at OCM, she has created many music education programs, the Summer Institute, Winter Festival Orchestra, a full music program at the St. Augustine Indian Mission School on the Winnebago reservation, and Inside the Mind of the Artist recital and master class series. Ruth received the Governor's Arts Award for excellence in arts education sponsored by Nebraska Arts Council and Nebraska Cultural Endowment. After graduating from University of Nebraska-Lincoln Ruth received her Master of Music degree with an emphasis in Suzuki pedagogy from Southern Illinois University-Edwardsville with John Kendall, pioneer of the Suzuki philosophy in the United States

Executive Director at the Joslyn Castle

Sidney Gnann is interested in how places become part of individuals’ lives and take on a life of their own. For the past eight years, he has worked to improve lives by building community centered on a physical place. As Executive Director at the Joslyn Castle, he is gathering a coalition of people who love the historic urban estate so much that they are willing to invest in keeping it for the future. If you are emotionally tied to a person or a place, then you have a sense of responsibility towards that place and are invested in it.

Theola Cooper is a Crime Prevention Specialist with the Omaha Police Department’s Northeast Precinct. In this role her focus is community building and awareness, coordinating Neighborhood and Business Watch groups and activities that build connection between the community and law enforcement. In 2017, in response to a communitywide problem of straw purchasing, where women are coerced into purchasing guns for those who cannot pass background checks, Theola started REALationships. She works with young women and girls to decrease the involvement of young women in criminal activity, and equip them with skills to make right choices in their lives, whether it is about their own health or relationships. Theola is a member of the University of Nebraska Medical Center’s Chancellor’s Board of Counselors, University of Nebraska Medical Center’s Biobank Community Board, Cinco de Mayo Omaha and currently serves as President of the American Heart Association’s Together To End Stroke Ambassadors. 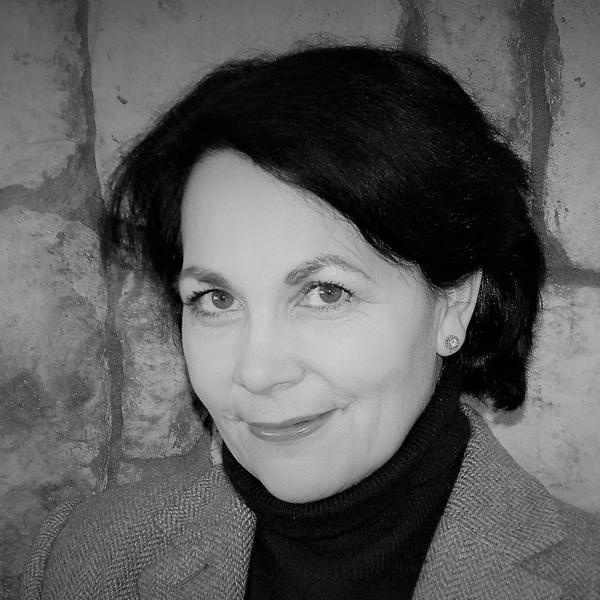