Arshiya Bhan is a Toronto based dancer, choreographer, and Early Childhood Educator and the founder of her fitness brand, Belly AB Fitness. A brand that focuses on promoting an ambiance where different cultures and people come together and become one positive energy. With over 15 years of experience in dance, and over 3 years in fitness, Arshiya Bhan creates a fun environment that combines fitness with four different dance styles (Bollywood, Bellydance, Bhangra, and Hip hop) to help burn calories. She also holds a degree in fine arts and journalism.

The word passion is often looked at negatively when thought of as a career choice. Axel explains how your passion drives you in life. Whether it is your career choice or your passion entirely, you need a passion to drive you when everything seems downhill and especially when that thing you are pursuing may seem impossible or disruptive enough to sound too crazy to work out. But it’s the people that see things differently and use their passion to go beyond what’s impossible who will change the world. This is the road to innovation.

Carol C Dance Studio is a Markham based Dance School, focusing on Chinese dance. With the ever growing Chinese Canadian population, their studio believes in the importance of promoting and preserving Chinese Performance Arts, by continuing to educate children and youth in the history and styles of Chinese cultural dance. Carol C Dance Studio has been actively involved in York Region and Toronto such as participating in the Pam Am Torch Relay Celebration, Canada Day festivals, and featured on Rogers TV.

Daniel is a recent graduate from the University of Toronto Scarborough, where he studied Biochemistry, Biology, and Theater and Performance Studies. Since his time at UTSC, Daniel’s multi-disciplinary career path has taken him through a variety of positions - from working as a librarian at the Markham Public Library, to helping implement an online medical information system at Sick Kids hospital. He currently works on the Publicity & Promotions team at 20th Century Fox Films Canada. Although he’s never actively planned for life to take him to any of these places, Daniel is beyond thrilled that it’s taken him to TEDxUTSC.

Hartley Jafine is an instructor in the Bachelor of Health Sciences (Honours) program and Arts & Science program at McMaster University, where he facilitates theater and arts based courses. When not on the McMaster campus, Hartley works as a freelance applied drama and improv practitioner, communication coach with University of Toronto’s Postgraduate Medical Education program and as an arts educator at Baycrest Health Sciences. His teaching and research focuses on applied drama and improvisation, health humanities, and the use of drama in professional health sciences training. For over a decade, he has been integrating drama, improv, and play specifically within medicine and health sciences pedagogy. He has been honoured to receive four McMaster Students Union “Excellence in Teaching” awards for his work in the Faculty of Health Sciences (2012, 2015, 2018) and Arts and Sciences (2017) programs. He is also a clown nose enthusiast. Find him @hartleyjafine

Jonathan Kay is the Canadian editor for Quillette.com, a host of the Quillette and Wrongspeak podcasts, a book author and a columnist. His work has appeared recently in the National Post, Washington Post, The Atlantic, CBC.ca, Foreign Affairs and Maclean’s. His books include Among The Truthers (HarperCollins, 2011) and Legacy: How French Canadians Shaped North America (Signal, 2016). He is currently working on two book projects scheduled for publication in 2019. He tweets daily on the news at @jonkay.

Completed her Honours Bachelor of Science degree at the University of Toronto Scarborough, specializing in integrative biology. Due to her interests in project management, events and leadership, she went on to attain an MBA from the DeGroote School of Business at McMaster University, specializing in marketing. After graduating, she began her marketing career at The Substance Group where she is a Senior Account Coordinator. Leah enjoys travelling, attending special events, dancing and public speaking. Through her YouTube channel, “Ms_LeahR”, she is able share these passions with the world in her vlogs (video blogs).

Marlene Goldman is a writer, filmmaker, and English professor at the University of Toronto. Her most recent work explores the question of how we decide what’s pathological. Who sets the definition, the impact of biomedical labels on the people who receive them, and the role of history in shaping stories about illness have all been treated in her artistic and academic career. The author of four books and numerous scholarly articles, Dr. Goldman has contributed chapters to studies of Canadian literature and presented at symposiums around the world. She recently published her book Forgotten: Age-Related Dementia and Alzheimer’s in Canadian Literature. She is currently researching and writing Performing Shame: Simulating Stigmatized Minds and Bodies.

Illusionist Matthew Stewart has performed on some of the largest theaters in Canada, including; the Sony Center (Canada’s largest soft-seat theater) for CNTVs Chinese New Years Gala, Winter Garden Theater for University of Toronto’s CSSA and also Mississauga Living Arts Center, Matthew was awarded a gold medal at the PCAM Magic Competition in California and has performed at the Crowne Plaza in Guangzhou China. Matt aims to entertain and mystify audiences leaving them inspired, captivated and mesmerized!

“You’re too white to be brown” “You’re not like other brown people” This is the dialogue from peers and strangers that dictated my childhood. As a Lebanese-Muslim woman, I struggled deeply with understanding my identity and finding my place in a western world. For years, my greatest source of anxiety was my paradoxical desire to be both accepted for my cultural identity but also fit in amongst my white peers. Consequently, I lived a double life. Like two heads of a coin. Oil and water. Night and day. ‘White’ and ‘Brown’.That’s how my identities mixed. Now, at 23 years old, I would like to share what I’ve learned from years of “playing for both teams”—the importance of cultural sensitivity. Recognizing that words have effectual and residual power and that it is our social responsibility to reinforce a culture of inclusivity that is free of micro and macro-aggression. And ultimately, with all formalities aside, allowing ourselves to be comfortable with uncertainty, fluidity and non-conformity; enabling ourselves the freedom to reinvent and embrace our identities in whatever ways we know how.

Shadel Chavez is a multi-disciplinary creator who experiences the world through the lens of being a second-generation Filipina-Canadian. She finds freedom in run-on sentences in poetry, painting, hand-cut collages, and exhaling into song. Softness often holds a negative connotation but she is learning that this is her strength. In 2017, she performed, displayed visual work and highlighted their local artists’ pieces and performances, as the art director of FAM JAM.

For Shehna, visibility and invisibility are impacted by intersectionality of race, culture, gender, socio-economic status and personal experiences. She will reflect on her settlement experience as it intertwines with the stories of 3 UTSC students. She will engage us on how we can do better to help others who are different from us.

To make online learning truly effective, we should be creating interactive interfaces that build accountability-based relationships through organic reminding and withdrawal if they aren’t given attention, that plan the user’s long-term personal and professional development, that adapt to the user’s learning needs and speed, that foster instant consolidation by actually talking to users and moving them forward only once a concept has been mastered, and that emphasize game-ification, incentivization, healthy competition, motivation, informalization, and personalization. In other words, we should be making truly dialogical interfaces, not just videos you pause mid-way, never to play again: these are possible to make using today’s technology, and the philosophy of dialogical learning can – and should – also be applied to enhance existing, in-person classes, as well as the internal dialogue we all have!

Born in the Nickel City, Sudbury, Ontario, Steve Russell developed a love for photography when his family moved to Lima, Peru for five years. A graduate in 1995 of the Loyalist College Photojournalism program, Russell interned at the London Free Press and Toronto Star before the Star hired him in 1998. For the Star he has covered the Swissair Crash in Peggy’s Cove, The Turning of the Millenium in Tonga, six Olympic Games, and more. Russell has also been named the News Photographer’s Association of Canada Photographer of the Year and the Canadian Association of Journalists Photojournalist of the Year.

In 2016, I set out for an Internship with UNICEF in Nepal. On my way there, I took a few days transit to Bangladesh upon the occasion of Eid and visiting my parents. The day I landed, I was to meet the girl I was with at the time. We decided to meet at café joined by one of our friends. Very soon, we found ourselves in the middle of a Terrorist Attack. After the violence died down, we were taken hostage. We were kept hostage overnight by the terrorists. My talk will outline my experience from the night and its key moments. There were moments when the subconscious took over and made decisions that kept me alive. At other moments it was just about being positive. Although these aren’t experiences that you can relate to your daily life, it is the mindset that I had at the time, which one can try reiterating in their lives.

Born and raised in Toronto, Ontario, Zachariah has spent the last eight years honing his skills as a rapper, singer, songwriter, and performer. As an artist of mixed descent with a unique sound and style, Zachariah has faced difficulties merging into the music industry. His music speaks on his difficulties traversing interpersonal relationships and finding happiness within himself. Zachariah continues to release music that not only speaks on his struggles, but also sheds light on his hopes for the future. In addition to being a recording artist, he is also a University of Toronto graduate, a web-series producer, and an aspiring model. Zachariah is currently in the studio after releasing his debut single “What You Want to Be” to accompany his long awaited mix-tape.

Zayn has always been driven by innovative solutions to make large-scale impacts. He has pursued this vision as a molecular biologist, where he created a patent-pending vaccine. Additionally, he co-founded Students for the Explorations and Development of Space, a non-profit strengthening Canada’s space sector by helping launch post-secondary students into the industry through networking events and professional development opportunities. He has a fascination with the intersection of health and technology, and a passion for science communication and creating communities. Zayn currently sits on the leadership for Emerging Leader Forum, an organization dedicated to developing early to mid-level healthcare professionals. He also currently works at Kraft Heinz, working to fulfill his mission statement: to bring products and services to market that improve people’s lives. 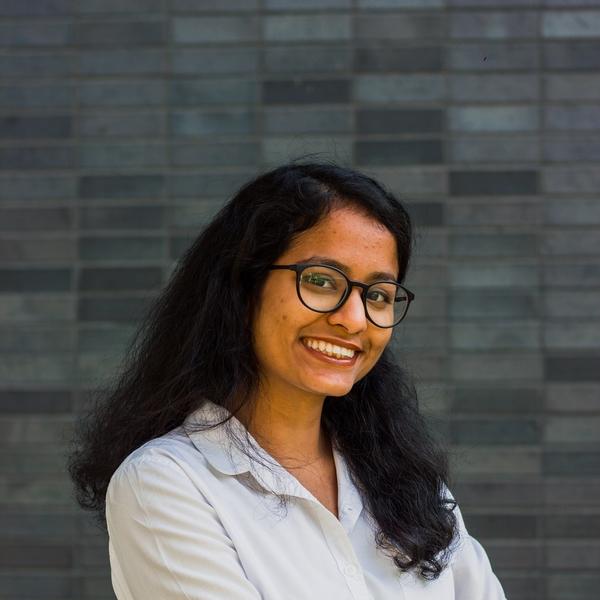