António Neves is a professor at the Department of Electronics, Telecommunications and Informatics of the University of Aveiro and a researcher at the Institute of Electronics and Informatics Engineering of Aveiro. He is currently the director of the integrated master's degree in Electronic Engineering, Telecommunications and Informatics. Since completing his Ph.D. in Electrotechnical Engineering in 2007, he has focused his teaching activity and his research work in the area of Informatics and Intelligent Systems. In addition to publishing books, publishing articles in journals, and presenting papers at national and international scientific meetings, he has won several awards in science competitions, including the Robotics Awards and most recently the NATO Strategic Award. Communications Center of Excellence for contributing to the development of a proposal for an online malicious content detection system.

Butchers Brass Band is a musical group with 12 musicians from the center-north of Portugal, each and everyone with a philharmonic background. Known by their heavy groove and repertoire based on Rock, Hip-Hop, Jazz, Ska, Folk, Gypsy e Balkan Music, having as references musical groups such as NO BS! Brass Band, Young Blood Brass Band, Kumpania Algazarra, Fanfarra Kaustika, and Fanfare Ciocărlia. “Butchers” presents two types of shows: stage performance and street performance.

Carolina Duarte is a paralympic athlete and sports have been an important part of her life since ever. She has practiced 30 different sports before 2004 when finally she was inspired by the Olympic medal of Francis Obikwelu and decided to devote herself to athletics. Ever since she won numerous titles on the national and international level. With only 10% of vision, she does her hard training every day in order to complete her biggest dream, a medal on the Olympics in Tokio 2020.

Claire is the Senior Director for Europe at National Geographic Society, with a remit to identify, support and grow the community of National Geographic explorers and grantees in the region. She joined National Geographic in July 2017 and prior to this she was the Global Director of Science for the British Council. She has a degree in Chemistry and Biochemistry from Leeds University, and a Ph.D. in heart development from the Randall Institute, King’s College London. She worked as a post-doctoral researcher on neural development at the Hubrecht Institute for Developmental Biology and has published articles in this area and in the field of science diplomacy. She has also worked in scientific publishing for Excerpta Medica, an Elsevier company, and as a part-time senior science policy adviser for the Royal Society, where she worked on the Pfizer-Royal Society African Academies Programme. She is a Fellow of the Royal Geographical Society.

Cristina Roldão is a black Portuguese scholar and one of the voices in the public debate about racism in Portugal. PhD in Sociology, she is a researcher at CIES-IUL and a professor at the Higher School of Education of the Setúbal Polytechnic Institute (ESE-IPS). Among the research, teacher training, work with communities and taking a position in the public and media space, she has focused on the processes of exclusion and institutional racism that affect African descendants in the Portuguese school and society, the need to collecting ethno-racial data and affirmative action policies.

Dal and Mike worked in agencies in New Zealand and Portugal and for the last 8 years they have been working at AMV BBDO, London, where they have become board members and their work has been recognized at various awards around the world. The highlights being, winning AMV’s first ever white pencil, winning the UK’s first ever Green Pencil at The One Show, 2 Grand Prix at Cannes and taking home the Prestigious trophy in Graphics category at The Design Museum’s Designs of the year 2018. Mike and Dal have also had the pleasure of working alongside Al Gore and David Attenborough to name a few to bring the Trash Isles campaign to life.

Daniel Traça is currently the Director and Professor of Economics at the Faculty of Economics of the Universidade Nova in Lisbon (Nova SBE). He's also visiting Professor at INSEAD, in France and Singapore. Graduated from Economics of the Universidade Nova de Lisbon and obtained his Ph.D. at Columbia University, New York. Worked as a consultant to the World Bank and the European Commission and published his scientific research in several of leading international academic journals in the field of Globalization and Economic Development.

João Pina, the creator of Fogos.pt + Suppressed.pt + janaodaparabastecer.vost.pt has the solution for us - a new form of citizenship, digital altruism, brought by keyboard heroes, literally changing the world a click (and a few) lines of code at the time.

Gerson Batista (1988) is a composer, illustrator, multi-instrumentalist, poet, and writer from Aveiro, Portugal,

Born and raised in Belgium, currently living in Portugal, more specifically in a Ribatejo village - Vila da Marmeleira. After completing his academic training in Social-Cultural Work, Jo worked in various centers and institutions that work in the field of social inclusion and in organizations that promote gamification as a pedagogical tool. In 1997, combining these experiences as well as internationally developed work, he chose to work as a freelance trainer. Over the years he has built a vast curriculum in the area of Non-Formal Education, developing work in various institutions and organizations such as the Council of Europe, the European Union, and International Networks. In addition to using animation as a socio-educational intervention technique, it has also been working on the development of “informative games”. He is a partner and manager of Produções Fixe Lda - Portugal.

João Pina is 31 years old tech activist from Canas de Senhorim. He started two courses at the University of Aveiro, but gave up both and decided to start working. He is currently Chief of Technology Office at Fluxio, created Fogos.pt in August 2015, Suprimidos.pt in November 2018 and most recently janaodaparaabastecer.vost.pt. He is also the founder of VOSTPT (Digital Volunteers in Emergency Situations).

Martim Sousa Tavares was born in Lisbon, where he started studying piano at the age of 8. He completed a degree in musical sciences at the Nova University of Lisbon in 2012. He also has a three-year orchestra conducting diplomas from the Italian Conducting Academy and the Conservatory of Brescia. He then moved to Chicago, where he completed a master’s degree in orchestral conducting with academic honors under Victor Yampolsky at the Northwestern Bienen School of Music in 2018. He conducted and worked with orchestras from Portugal, Italy, United Kingdom, Lithuania, USA, Taiwan and Russia 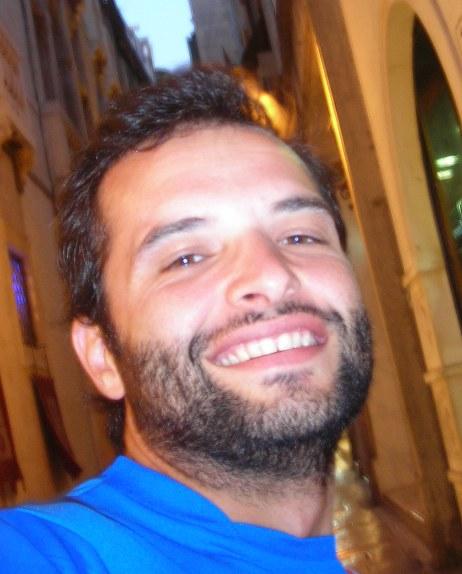 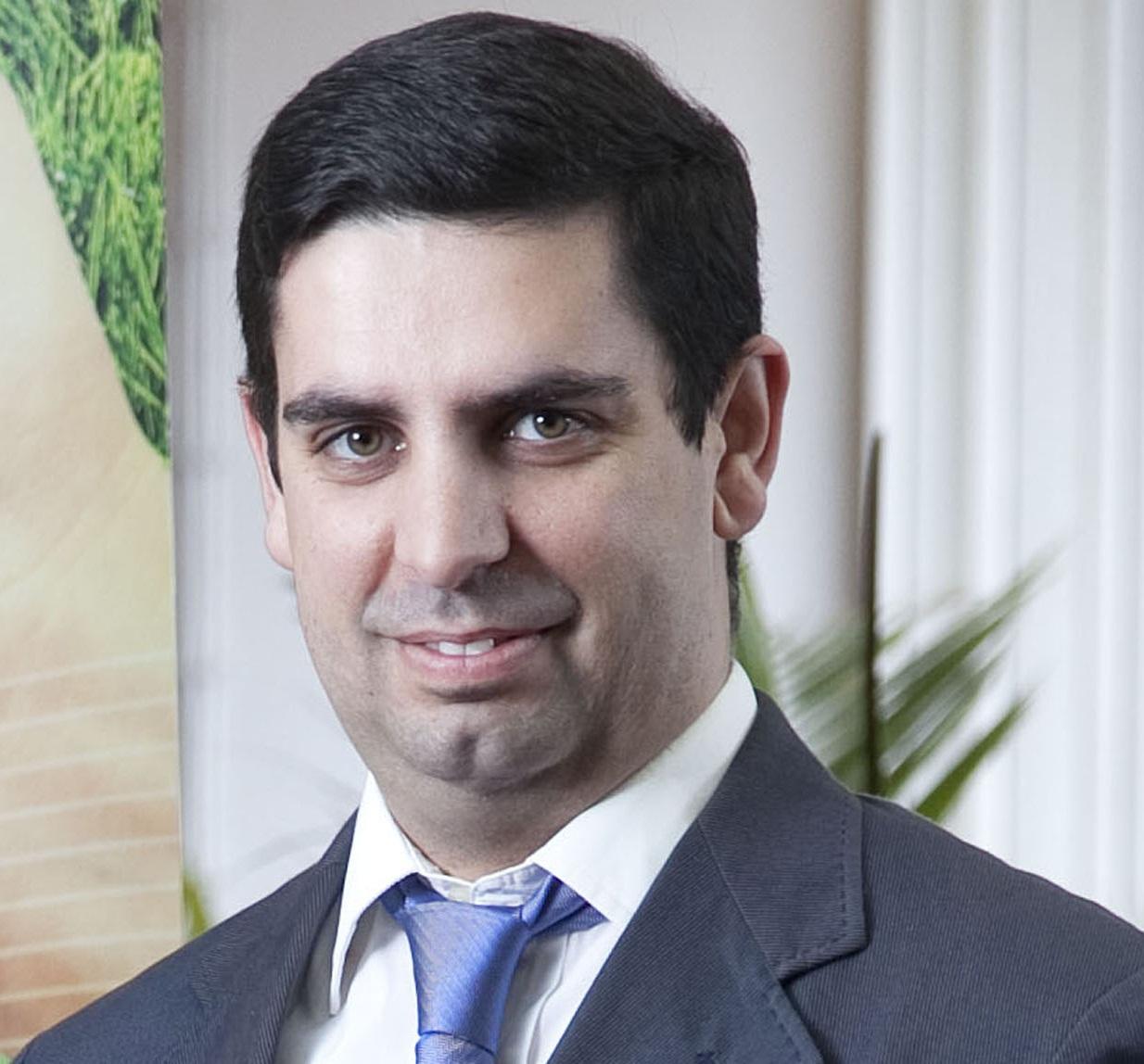