Theme: Innovation: Out of the Bo(x)

By having teenagers as the speakers in an effort to show teens that they can make an impact in the community, we hope to promote local high schools passionate about their skills in a variety of fields to fill the gaps created by misinformation and social barriers.

Ashley Yelin Kang is a 16-year-old sophomore attending Cupertino High School. "Art is everywhere. Learn to use it" is about the connection between innovation and art; how bursts of creativity follow flourishes of advancement. Many people believe that art and STEM are distant from each other, but this thought only hinders people from better inventions, artwork, and ideas. In understanding this, she believes that our next generation of young, brilliant minds can succeed where our predecessors failed. She believes we can create on a far grander scale.

Eesha Ramkumar is a rising junior at Monta Vista High School, Cupertino. Inspired by special needs students, she teamed up with two others and created a mobile app to help kids with autism cope with their daily challenges. The app won the US championship at Technovation and was a world finalist among 20,000 contestants. To help her community further, she founded a non-profit organization, Kids Who Kode, where she taught over two hundred kids to code in Scratch, Python, and Java. At school, she is the president of the Women In AI Club, and mentors younger girls as they create apps. Eesha also knows classical Indian dance as well as how to speak fluent mandarin.

Janvi Prasad is an 8th grader at Lawson Middle School. From the Silicon Valley, she has grown up in a world that has pushed for women to continuously excel in their career and home life. The problem arises when women are the only ones being pushed, but other genders, are not aware of the strides taken to achieve such success. This, in effect, contributes to the overall misogyny that continues to run rampant in the society. The lack of education on equality creates an inherent divide between the sexes. In Janvi’s speech, “Just Telling Girls They’re Equal Isn’t Enough,” she explores the importance of education for all genders on the struggles that women go through in order to succeed in society—breaking the common narrative of women having to struggle to push for equality alone.

Pranjal Mishra is an 18-year-old, up-and-coming musician in the industry who also tries her hand in acting and modeling. She is known by her stage name V!CE. Graduated from Cupertino High School, she is ready to take on the world. She is starting off that goal with a Ted Talk. The name of her speech is: Out of the box: “The good Indian girl culture” in which she will be talking about how this culture emphasizes the importance of everyone else's thoughts and opinions about you….except for your own. She will go in depth on how “traditional confinements” such as these keep women in the “good Indian culture” box and make it almost impossible for them to even dream about thinking “out of the box.”

Sripad Sureshbabu is a 16-year-old junior from Cupertino High School who is devoted to biology. He has created a 1st-place project in Biological Sciences at the Synopsys Science Fair. He is also a semifinalist for the USABO and loves spending his free time reading and playing basketball. He has focused his attention on the most dangerous threat of the next decade: Superbugs. Strains of antibiotic-resistant bacteria are on the rise, and people are not giving it the attention it deserves. To defeat such a foe—one that evolves much faster than the medicines we create—we have to start implementing experimental nanotechnologies, vaccines, and even phage therapies that bring a whole new meaning to "Out of the Bo(x)." This is his talk, “The Superbug—and the Biological AI Can Fight It.”

Student raising awareness about Hepatitis B

Stuti Upadhyay is a junior at Monta Vista High School. In her free time, she enjoys playing soccer, hanging out with friends and family, listening to music, and doing anything outdoors. She also loves watching TV shows with her family, especially Modern Family, Blackish, White Collar, Pysch, and more. Her talk is about the prevalence of Hepatitis B in Asian communities, and the need for Cupertino to be more aware about the disease and the stigma surrounding it. Through her talk, she hopes to generate awareness about the disease and encourage students to become ambassadors and advocates of the subjects they are most passionate about 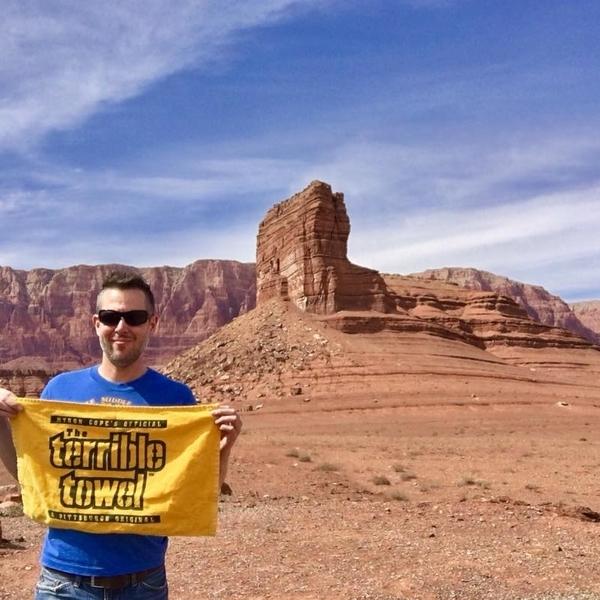