Pensacola is a city bursting with service for others; with our military, medical, churches, our large volunteer community, vast array of educational options and more. TEDxPensacola brings you a curated series of speakers within the theme of 'Serving Us', a title that suggests an infinite cycle of cause and effect benefitting us all.

Brad is committed to the study and application of leadership; this stems from his 12 years of military service as an officer in the U.S. Army Infantry and Special Operations Communities. On 9.11, Brad took on the responsibility to serve his country and lead men in combat. He has deployed all over the world as an Airborne Ranger & Green Beret and spent over two years in combat in support of Operation Enduring Freedom – Afghanistan.

To Brandy, movement is the language of the soul expressed through the body. When movement meets moment, dance is born. In today’s performance, she uses poetry, movement, dance, and colors to create a visual analogy that illustrates the struggles and breakthroughs of “serving us.” She began her study of dance at six years old, with her earliest training in classical ballet at Northwest Florida Ballet. In addition to ballet, she has studied and performed modern, contemporary and jazz here on the Gulf Coast and currently dances with Swerve Dance. In 2014, she joined Hoola for Happiness, using dance to bring healing and spread joy through dance and creative movement projects in India and Brazil. She is a two-time alumna of UWF (‘05, ‘18) and a marketing communications professional In higher education.

Carson has worked across the Emerald Coast in robotics, software design, IT and web management, and education, in all of nonprofit, government, higher education, and private sectors. He co-founded and serves as Director of Impact for a Pensacola nonprofit, INERTIA Education Programs, Inc., as well as a Co-Founder at three technology companies touching quantum computing, artificial intelligence, distributed systems, cybersecurity, and general technology services. He visits all levels of K-12 schools across the panhandle to teach and encourage students to pursue careers in STEM and high tech and fight the "Brain Drain" to stay in the Northwest Florida area. Carson is a student at the University of West Florida for Computer Science, Cybersecurity, Mathematics, and Software Design & Development, as well as an Ambassador for the UWF Center for Cybersecurity.

Born and raised in Caracas, Venezuela, Daniela de Castro Sucre is a multi- media artist that is passionate about the power of art and the messages and emotions it can convey to the viewer. She was classically trained in realistic oil painting, and is currently finishing her degree in Graphic Design. Daniela has lived in different cities and countries, and aims to bring a multicultural viewpoint through her art. A lover of street and public art, Daniela has painted several murals in Pensacola and Miami, and is also a business owner. She has experience in a variety of mediums, including printmaking, photography, and a range of wet and dry media. Her latest works of art have a contemplative quality to them, and use both realism and abstract painting to share feelings and ideas. She currently lives and works in Pensacola, Florida, where she is focused on creative projects that involve public art and create a connection with the community.

Owner and developer of prime commercial and residential real estate in downtown Pensacola. Deborah also founded a publishing company after purchasing a vast private collection of historic photographs, including hundreds of original glass negatives and over 50,000 images, dating from the Civil War era to the 1970s. Many can be found in public spaces around Pensacola FL. Her latest book, PALAFOX, is a 224-page hardcover collaboration with 95-year-old John Appleyard on the history of Palafox Street. Deborah’s community service and accolades span over three decades, including being named one of Florida’s People To Watch by Florida Trend Magazine.

Jonathan is the vice president of Thompson-Briggs Developers, a family business located in downtown Pensacola for almost 50 years. A Pensacola native with a love for his community, he is active with many local not-for-profits including Keep Pensacola Beautiful, Friends of the Saenger, the Pensacola Symphony, and the MESS Hall; he is also a former president of Pensacola Young Professionals. Jonathan attended Florida State University and earned several degrees, including a master’s in medieval history that—every now and again!—actually comes in handy. Jonathan spends most of his free time devouring books and hanging out with his two pet rabbits.

Founder and President of The Secret Place Home

Kristin Lipscomb is the Founder and President of The Secret Place Home, a Safe House Residential Program for Child Survivors of Human Trafficking in the United States. In the early years of her career, Kristin worked in creative design, marketing and fashion. The experience gained gave her the skills to effectively communicate with a target audience, bring them into an experience and lead them toward a desired outcome. Those skills equipped her to be a voice for the voiceless and drive everything Kristin does. Her passion toward the fight against injustice is evident in her life’s message: “Every Face Matters.” Kristin serves on various boards and leadership roles within her community. These include leading a Human Trafficking Resource Network within Liberty Network International (an oversight organization of churches and ministers), as well as serving on the Executive Team for Florida's Circuit 1 Human Trafficking Task Force.

Madrina’s passion in life is to be an ambassador for her community. She is a full time community volunteer which has led her to a number of volunteer opportunities and community leadership roles. She previously served as a Mentor for Take Stock in Children for 4 years, and served on the Pensacola Little Theatre Board for 10 years. Currently, Madrina is a board member for several nonprofit organizations including IMPACT 100, Arc Gateway Foundation, and Covenant Care. She is also an Ambassador for Gulf Coast Kids House, a Friend of PACE Center for Girls, and a Key Volunteer at Studer Community Institute. She also does volunteer event planning for RALLY Pensacola and Pathways for Change. Madrina is a member of the private Irish Politicians Club and a co-founder of the Krewe of SWAT, an award winning not for profit civic organization that actively serves the community year around. SWAT makes a significant food donation to MANNA Food Pantries annually.

Guided by a native teacher, Dr Michael DeMaria' underwent a life transforming vision quest (lament in the wild) without food or water, having suffered from compassion fatigue while working in severe child abuse cases as a child protection team psychologist. He now guides others as an integrative wellness consultant in his Peace Within Process and Heart Warrior Training, where he teaches people to, “Clear their minds, open their hearts, embrace their soul and heal their life.” He is a published poet, artist, bestselling author and film maker. He is also a 4-time Grammy® nominee and award winning multi-instrumentalist and composer featured on projects with Eckhart Tolle, Mark Nepo and Noah Levine.

Mike Ross is passionate about how technology can serve us, founding many companies over the last thirty years, two of which became a public company. Recently. Mike is currently developing new ways to build 3D printing concrete homes that can aid natural disaster, population increase, and other factors playing into the fast production of housing. Mike is proud of his transformation from humble beginnings to recieving an EDA award as highest paying company per employee and most benefits in Bay County. He is enthusiastic about helping young students gain expertise in the tech field. He is passionate about serving others, he is an Air Force veteran, Care Minister for St. Johns Catholic Church, Chamber of Commerce board member, and Rotarian.

Publisher and Owner of Inweekly

Rick Outzen is the publisher and owner of Pensacola Inweekly, an alt-weekly newspaper that published its first issue on July 1, 1999. Six years later, he launched his blog, aptly named “Rick’s Blog,” that quickly became among the most influential blogs in the state of Florida. His reporting on the Billings murders for The Daily Beast garnered the attention of the New York Times, that profiled him and his blog. He was also featured on Dateline NBC’s segment on the murders, “No Safe Place.” Rick also covered the BP oil spill for The Daily Beast, earning international attention for unraveling the oil company’s spin on the disaster. He has been a finalist for the Sunshine State Awards for investigative reporting for his coverage of the failed turnaround effort of an Escambia County middle school. His award-winning first novel, “City of Grudges,” debuted in March 2018. It’s sequel, “Blood in the Water,” will be released in 2019.

Often describes having lived her 20’s in the body of an 80 year-old as chronic pain took over every single aspect of her life. However, that same pain was transformed into a new understanding of her body and the process of disease. Zulma has found that faith, family, feelings, food, friends, and frequency are the true medicine that vibrate and resonate with your personal purpose and potential. She loves to help beings reconnect and realign their inner-soul according to their own vibrational frequency in learning to serve others as a form of self-healing. 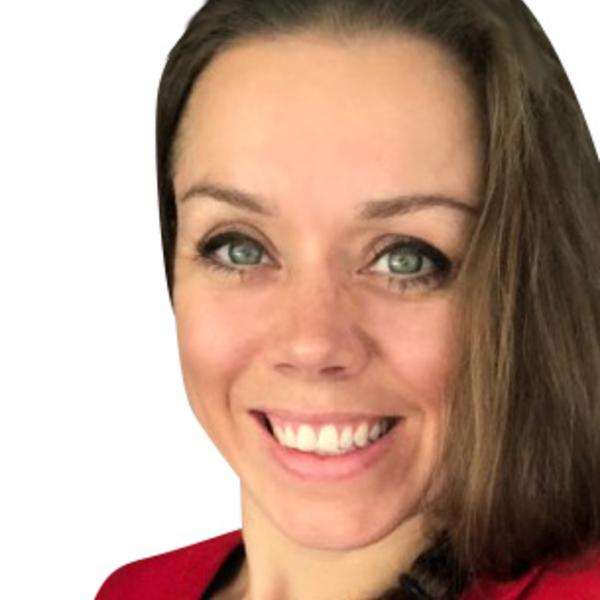