Anuja Trehan Kapur like many other women has not been spared from the difficulties and challenges that life throws. In her own journey, she had to fight brain tumour, face life threatening circumstances and learned to see and appreciate life. Anuja Trehan Kapur received a degree in criminology and psychology and started an NGO known as “Nirbhaya Ek Shakti” that provides victim assistance and is working against women victims of violence. She was awarded the “Best Criminal Psychologist, International Excellent Award” in the year 2017. She has shared her expertise and knowledge on various platform such as IIM Ahemdabad, MIT Manipal and IISER Pune on issues regarding bullying, suicide, physical and mental assault. Most leading news channels such as Ibn7, AajTak, NDTV, Indian News and Zee News invited Anuja Trehan Kapur to share her valuable inputs on various issues such as Women Empowerment, Rape or any kind of violence in the society irrespective of gender or age.

An IT engineer by qualification, Chaitanya Lila Das holds a Post Graduate diploma degree from IIT Kharagpur and an Engineering degree from University of Delhi. After 3 years of corporate work experience with an IT MNC at Mumbai, he decided to serve the society at large, as a resident monk at ISKCON Chowpatty, Mumbai. For the last 10 years, he has been actively involved in sharing life enrichment lessons with others, conducting a variety of inspirational seminars at renowned academic & corporate organizations. Some of the prestigious platforms he has shared his wisdom at, include: • TEDx - IIM Indore • TEDx - ITM Business School, Mumbai • Annual Conference of TAIT, India's largest IT association • Godrej Industries Ltd., Mumbai • The Rotary Club of Bombay • National Students Summit, Lucknow • MBICT Institute of Technology, Anand, Gujarat • The Entrepreneurs' Conclave, Vadodara • Somaiya Group of Institutions, Mumbai

Prof Raghava Murthy was a forerunner in many of the Satellite missions executed by ISRO. He established the widely recognized “Society for Small Satellite Systems (SSSS) in 2017.He has given various talks to diverse audience on multiple occasions and has presented well reputed papers regarding satellite communications. He was formerly the Director, Earth Observations system in Indian Space Research Organization (ISRO) Head Quarters, Bangalore, India. He was the Project Director for Cartosat-1, IMS-1, Youthsat, SARAL & amp; Chandrayan -2 satellites, and developed two satellite busses IMS-1 and IMS-2 for current and future satellite missions. He received the TEAM EXCELLENCE AWARD from former Prime Minister of India Dr. Manmohan Singh for his work in miniaturization of satellites and for developing microsatellite IMS-1 and was also given the ISRO merit award in 2014. He has guided a wide variety of students in the development of Pico and Nano satellites, transforming their lives.

He is the Chairman of EQIP Foundation, Coimbatore. He has Published several research papers in national and international journal. Dr.Balakirshna Ilango was presented the MAN OF THE YEAR award, in 1998 by American Biographical Institute, USA, based on his outstanding achievements to date and the noble example he has set for his peers and entire community. He has also won the OUTSTANDING EDUCATIONIST AWARD by Dr. G. Bakthavatsalam, Chairman, K.G. Hospital, Coimbatore for his outstanding services as Former Vice-Chancellor, Bharathiar University. Despite being an electrical scholar, Dr.Ilango is an avid reader and his love for literature has never ceased. Dr. B. Ilango has translated many verses of Rabindranath Tagore’s Gitanjali into Tamil. He has been the President of Tamil Manram for 10 years in Anna University, Chennai (during 1976-1990). He was also the President of Tamil Manram at Regional Engineering College, Tiruchchirappalli for 5 years (1990-95).

Mahalakshmi Saravanan, an entrepreneur is a phenomenal woman who believes in bringing out the beauty and strength that women possess. She has helped enlighten many souls to realise their true potential. On 19th November 2016, a day recognized as Women’s Entrepreneurship Day, Mahalakshmi Saravanan was featured on “The Economic Times” newspaper and at the exclusive iCONGO’s award, organized on 25th November 2016 and was conferred as the Rex Karmaveer Global Fellowship. Also, The India Turns Pink Organization (an organization that is dedicated to spread awareness about breast cancer) honourably selected Mahalakshmi Saravana as the ambassador for their Organization and at the International Women’s Day Celebration that took place on March 2015 at the World Trade Centre, Mumbai, she presented herself as a panelist. Mahalakshmi Saravanan is determined to continue to encourage women to rise up from oppression and use their talent and skills for developing the society.

Major V. Natarajan, a retired army officer, joined the army at a young age of 17 ½ years, inspired by the valour and patriotism displayed by our soldiers during the 1971 war. He joined as a Corps of Signals, dealing with military communications, got promoted to Naib Subedar in 1991 and was commissioned as Lieutenant on 3rd December, 1994. After 33 ½ years of serving our nation in almost all parts of India, he retired as an Officer on 31st July, 2005. Soon after Major Natarajan’s retirement his only son, Lt. N. Parthiban KC(P), was martyred at a young age of 23 ½ years during an encounter with heavily armed terrorists attempting to cross the Line of Control. Currently he is running a library in memory of his son. Major V. Natarajan was invited for a number of interviews at All India Radio (AIR), and various other local television channels in Tamil Nadu. For over a decade he has been interacting with and inspiring many young minds to join the army and become a part of the force.

“Creating awareness on wheels and foot.” Nigin Binish is a strong 25 year old man who started an awareness campegn about hunger and food wastage in a unique way by deciding to walk for a distance of 3,352 Km from Coimbatore to Kashmir . During this journey he visited 20 cities and came across 30 languages. Throughout his journey, he was only dependent on the kindness of strangers for food and shelter. He travelled without money and this act forced him to approach strangers for help. He was selected to represent India in The Climate Force Arctic 2019 Expedition (an organisation to protect the arctic). He wants people to be educated and create awareness about the present social issues in the country and also wants to inspire people to follow their dreams. Nigin Binish has cycled 3,500 km, hitchhiked 4,300 km in India and Nepal and Skateboarded 500 km.

Pramodh Chandrashekar, a 19 year old social entrepreneurs' mission is to Rethink Life and change the negative taboo about death into a happy beginning! He is the Founder & CEO of Last Ripple, a social enterprise. He also heads various startup cells, as a business mentor and a public speaker. Being a Student, he had to hustle and work tediously to get the job done, sometimes even without sleep! Last Ripple, his own start-up is India’s first initiative to create biodegradable urns which turns your beloved into living memory trees! The goal is complete decomposition of the body and its natural return to the earth. He received the Best Social Entrepreneur Award, was 2nd Runners up in Jai Hind Entrepreneur Summit, Mumbai (2018-19), the winner of PROGETTISTA organised MBA department , Christ and had been invited as a Guest of Honour for REVA ENTREPREUR SUMMIT. He also received recognition in SIBM Business, CNEWS and NEWS 9 television channels.

Mr.Sujit Kumar, a widely known motivational speaker and the founder of Maatram foundation is the HR business leader of Infosys Ltd. He has been invited to motivate students and professionals alike on various walks of life and has enthusiastically taken part in various TEDx talks. His organization, Maatram Foundation helps in identifying students from economically backward background and provides them with complete educational scholarship for professional education. The foundation also helps in setting up school libraries for schools catering to economically poor students. Maatram is a Tamil word that refers to change and this organization has truly transformed various students’ life. 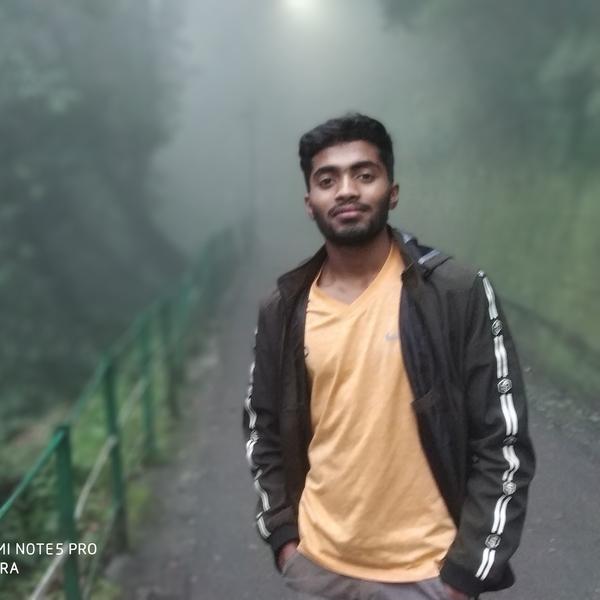 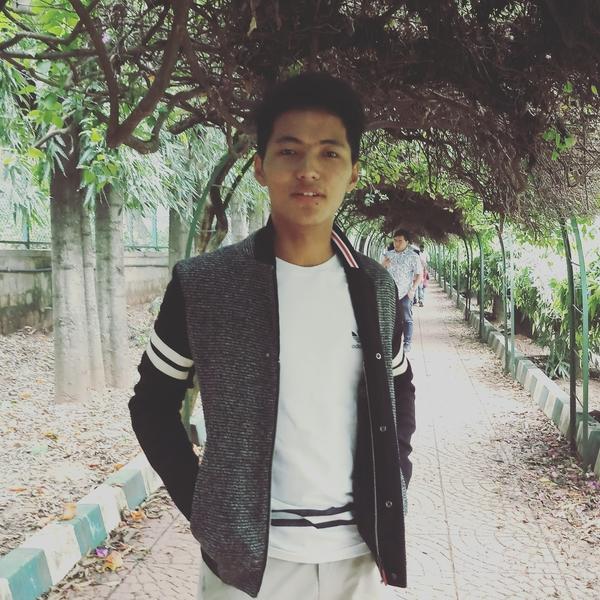