Theme: Under The Nairobi Blue Sky

This event occurred on
May 4, 2019
Nairobi, Nairobi
Kenya

TEDxParklands (formerly TEDxYouth@Parklands) was born out of our need to see more African stories by Africans on an African stage. Our theme captures our vision of giving Nairobi a platform to explore her ideas, dreams and ambitions.

The event is powered by a team of visionary young leaders, skilled in different areas and industries, all working on a voluntary basis to grow the TED and TEDx community in Kenya starting from its capital city, Nairobi.

What keeps us focused and united in our vision: "To shape the African narrative by taking charge of stories - Told or Untold"

We strive to give an international platform to visionaries running outstanding initiatives across various sectors under the Nairobi Skyline and we passionately believe in the power of ideas to change the world.

Brian has mastered the art of balancing between getting the right styling aspect and bringing the best out of his clients and projects. Crowned Africa's stylist and East Africa's Stylist of the Year among many other awards, he has worked with the crème de la crème of Africa including award-winning music group Sauti Sol, Diamond, Mr. Eazi, Ice Prince, Cindy Sanyu just to mention but a few. Locally, he played a key role as a lead stylist during Sauti Sol’s famed Live and Die in Afrika nationwide tour in 2016 and has also styled for local TV shows, Ad campaigns, Music Videos and Magazine Editorials. Babu has played a key role in bringing Kenya’s fashion industry to the limelight by showcasing strong local brands, fashion houses and respected personalities across the region. Continuously reinventing his unique styles, Babu is one of the stylists on Africa’s biggest music show Coke Studio Africa.

"Caleb Ndaka is a co-founder and programs lead at Kids Comp Camp, an initiative that seeks to help children and adults in rural and underserved communities in Africa to align with the current digital driven society. He is a 2018 Mandela Washington Fellow, 2017 Windows #Insider4Good fellow and 2015 American Express and Ashoka Emerging Innovator. Ndaka has keen interest in film and theatre, having been featured in several productions at the Kenya National Theatre and recently in award winning short film- Wakamba Forever.

Having served as the first female President of the Architectural Association of Kenya, Emma has had a significant impact in the building industry within East and Central Africa. An Eisenhower Fellow, her lifelong ambition is to inspire young women. She is a Director at Kiota School where her passion for education and nurturing of young minds extends. She co-authored “Building in Kenya, A Real Estate Developers’ Toolkit“, co-founded Women in Real Estate (WIRE) and serves in several boards and committees."

Gathoni is a jack of all trades who enjoys talking and creating. She has produced various local tv shows, a local stage show, written TV scripts, hosts a sex podcast and enjoys pushing people's emotions on social media in regards to matters of entertainment, sex, events and everyday life.

A final year student in JKUAT, Gift is passionate about environmental awareness and activism and strives to find practical ways to inspire sustainable lifestyles and businesses. Currently an International Relations student at USIU, she has worked for a leading verification and monitoring company and an NGO on an environmental awareness project in South East Asia. She enjoys hiking and is currently obsessed with wrestling. Apart from topics on sustainability, DC versus Marvel debates always have a way of riling her up.

"Isaac Hunja is an experienced marketing expert and designer. As Co-Founder and CMO of Sky.Garden, a fast-growing Kenyan eCommerce company, Isaac is driven by a passion to build ideas into functioning businesses. He takes pride in mastering an intimate understanding of traditional and emerging marketing practices. Isaac is an adventure seeker that eats life with a big spoon! He is passionate about fitness and wellness which has led him to head Strength Kenya- an initiative that has impacted hundreds of Kenyans to value their health and wellness.

A proud mother of three daughters, Lydiah is a local economic development catalyst who enjoys working with local entrepreneurs and believes in the potential of rural markets, local trade and value chains to work profitably and for the poor. Fun fact - she grew up chasing elephants from her parent's farm!

Mugambi is an actor, writer, director and ad man. His career began in the Nairobi theatre scene in the early 2000's, where he worked on a range of stage plays and musicals. When he found himself jobless in America during the 2008 recession, he joined Philadelphia’s acting scene, appearing in independent stage plays and short films. On returning to Kenya, he landed principle roles in M-Net’s Pan-African TV drama ‘Changes’ and in the celebrated Kenyan films ‘Nairobi Half Life’ (2012) and ‘Stories of our Lives’ (2015). He then went on to co-write the award-winning feature films Kati Kati (2016) as well as 'Supa Modo' (2018), which was awarded the ECFA Award for Best European Film For Children. He is currently in post-production of his directorial feature film debut, 'Lusala', which premieres in June 2019. Mugambi is also part of Kenya's premiere improv show, Because You Said So, which hosts sold-out shows every two months.

"He describes himself as an artist born and bred in Machakos and fine-tuned by Nairobi. A Ford Foundation fellow, Mutua is known for his exquisite work as a travel and architectural photographer. He believes cities and buildings say a lot about the people living in them and has honed this skill to influence the stories told of cities in Africa and around the world. Mutua was part of an epic road trip dubbed Unscrambling Africa that saw him visit 10 African countries, through 13 cities with the aim of exploring African urbanity, architecture & culture. In his first ever showcase, Mutua and David Blackman in conjunction with the UN-Habitat launched a campaign named ‘I’m A City Changer’, that encouraged city dwellers around the world to focus on what they love about their city. Above all this, Mutua attributes his joy and motivation to his family.

"Navalayo comes from a village near Eldoret, Kenya, a major center for Kenyan running which is dubbed “The City of Champions”. A graduate of the London School of Economics. She is trained as both an accountant and a lawyer. CEO and Co-Founder of Enda Sportswear which was founded with a mission of bringing a bit of Kenyan athletic excellence to runners everywhere."

A group of 4 long-term friends turned business partners, Over 25 creates content that gives their perspective on different facets of life as ladies, over the age of 25, living in Nairobi.

Patricia is an expert in Human Rights with a focus on Women's Rights. She has professional interest in the areas of Leadership and Governance, Gender Equality, Child Rights and Women Rights. With 28 years work experience in the public and private sector, she has served as Executive Director FIDA-K, CEO of the Truth Justice and Reconciliation Commission and is the immediate past CEO of the Kenya National Commission on Human Rights.

Patrick is an experienced Legal and Marketing Director skilled in developing and building brands. He is passionate about marketing and advertising as tools to establish your brand and secure market share and has served in several capacities in these fields including AMC Group Africa Limited and Apex Management Systems

Shahzeb is a results-oriented leader who believes in a hands on approach towards problem-solving. He is passionate about leveraging technology to solve the hardest problems of the region. He is always hungry to take on exciting challenges that would contribute towards uplifting society. He was part of the founding team of Careem Pakistan, the first ride-hailing unicorn of the Middle East, North Africa and Pakistan which was recently acquired by Uber. He currently works at SWVL, a premium mass transportation platform, and is on a mission to make SWVL a household name across Asia and Africa. When he is not working, he spends his time trekking in the mountains. He has reached peaks in the gigantic mountain ranges of Karakoram and Hindukush. He is also an avid backpacker, having extensively backpacked around South Asia, South East Asia and East Africa with plans to explore South America next.

"Shimanyi is a passionate Design Thinker and Problem Solver with over five years experience in Software Design & Development and is the founder of Sisitech Limited. He is enthusiastic about creating human-centred innovations and sustainable business models within the African community. He has trained on Design Thinking, Software programming, ICT skills and Business Model Development. He has also offered consultancy services in Data management and organisation as well as Project Monitoring & evaluation. 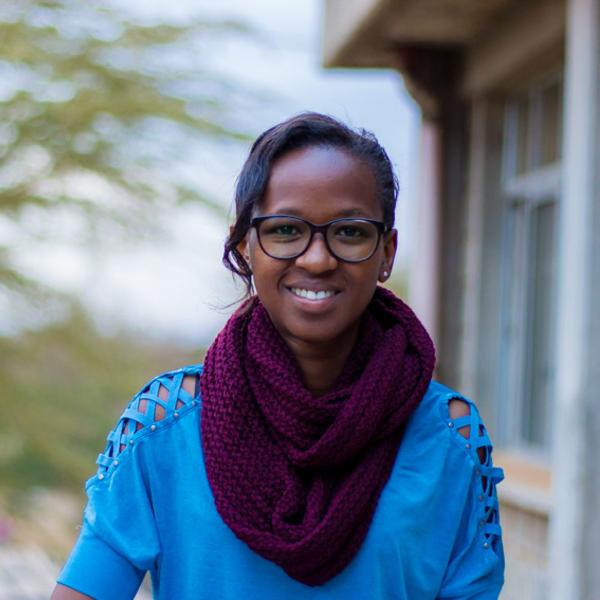 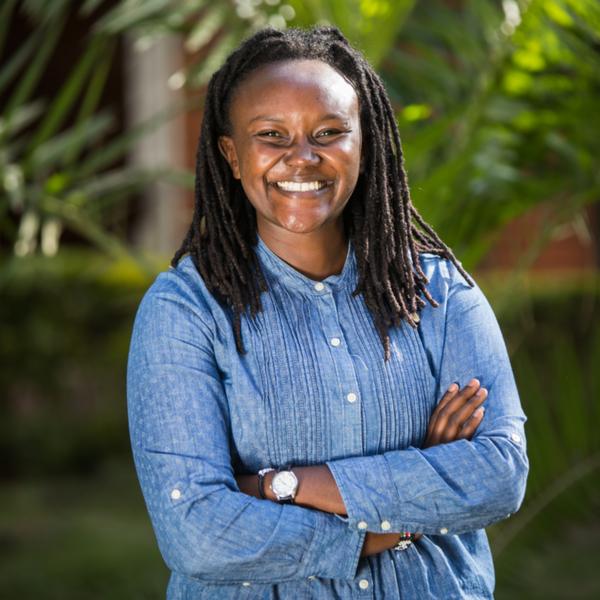