There's a vast array of powerful thoughts and ideas that will effectively challenge our perspectives on life, but they are hidden from the public eye due to scarce mainstream attention. It's imperative that they're brought into the spotlight.

Abbey Gibb is an Emmy-award winning former TV journalist turned media mogul. A two time TEDx speaker, Abbey now helps heart-centered entrepreneurs turn their message into global movements through aligned media visibility. Abbey is on a mission to heal media from the outside, in. She also built her global media company, Healing Media Productions, to six figures in the first six months. Her work and message have been featured in Entrepreneur magazine, CNN, Al Jazeera America and NBC news.

Avijah Scarbrough is a Multimedia Journalist at Spectrum News 1 Los Angeles, where she investigates and reports on a variety of fresh stories straight from Southern California. Before then, she worked as an Editor at Large for Viva Glam Magazine and a Reporter for several news outlets, of which include KITV4 More Local News, KHSL Action News Now, CitiCABLE 3 at City of Torrance, and the Santa Monica Mirror. Avijah received her BS in International Business at CSU Long Beach and a Master’s in Broadcast Journalism at USC. As a Broadcast Journalist, Avijah seeks to be the passionate storyteller looking to uplift humanity through positive, unbiased, and agenda-free journalism.

Franky Zapata began in the business world in 1998 when he set up Zapata Competition, a high-level, competitive jetski team. He was soon noticed by leading jetski manufacturers and, in 1999, Zapata Competition became the corporate team for BRP (Seadoo), promoting the brand throughout the world. With experience in both jetskis and in the world of development, Zapata Competition became Zapata Racing, the official brand of PWC Product, in 2008. From the conception, through the development stage, to production, Zapata Racing became the leader of stand-up PWCs in France. Among others, he developed a stand-up jet which won 17 world championships. Driven by his passion and success, Franky Zapata turned to the challenge of innovation and differentiation in order to guarantee the future of the company. Firmly convinced that nothing is impossible and more motivated than ever, he started his research. This research gave birth to the world-renowned jet hoverboard, the Flyboard® Air.

Professional chef, writer and artist who left behind a Columbia MBA to pursue culinary school. She founded Studio ATAO, a nonprofit culinary production studio that creates interdisciplinary, impact-driven content and experiences. She works with artists from all mediums, from visual art to technology to dance, to develop public events, exhibitions, installations and programming around bigger social topics they care about, especially interested in exploring different angles of unconscious bias, gender dynamics, immigration, masculinity and income inequality. The hallmark of her work is interactivity, vulnerability and poignant discomfort. Her mission is to amplify underrepresented voices, reclaiming space for artists of all backgrounds so she can enrich the world with their perspectives and talent. Since 2014, she has hosted hundreds of dinners and connected thousands of strangers across all different walks of life in cities across North America, including NYC, SF, LA and Charleston.

Mark is the founder and CEO of MeWe, the #1 Trending Facebook alternative. Mark is world renowned as a leading privacy advocate and one of the visionary original inventors of social networking. He is ranked as one of the "Top 8 Minds in Online Privacy," and was named "Privacy by Design Ambassador" by The Information and Privacy Commissioner of Ontario, Canada. He's often quoted on MarketWatch and has appeared on PBS, BBC, FOX News, and CNN. MeWe is the first social network with a Privacy Bill of Rights. MeWe has no ads, no spyware, no targeting, no political agenda, no boosted views of any kind, and no news feed manipulation. MeWe's Advisory Board includes the inventor of the Web, Sir Tim Berners-Lee. Available in 19 languages, MeWe has 7 million members worldwide and projects 70 million by the end of 2020.

Michael Jones is the Founder and Director of the non-profit organization “Inspiring Philosophy”, a christian apologetics video library primarily dedicated to scientific research in the fields of mathematics, history, and physics to uncover deep philosophical questions relating to the universe and our individual perception of life. He has has published a plethora of research work on his YouTube Channel "Inspiring Philosophy" not only contributing to the scientific community but helping compile and analyze data for layman (and even scientists) to reach reasonable conclusions to a variety of philosophical quandaries. Some of his most notable work includes his presented research and inferences on the delayed choice quantum eraser experiment, the double slit experiment debunking materialism, and a mathematical explanation to the Trinity.

MiruDaru is a brother and sister duet from Venezuela now based in Los Angeles. Their musical style is a fusion of Pop, Jazz and Ballads. They incorporate multicultural aspects into their songs and shows creating a different sound and musical experience. MiruDaru is heavily influenced by Japanese Pop and traditional Japanese culture which in addition to their Latin-American blood and American school has helped them create intercultural bridges with their music. Throughout their musical journey they have had the opportunity to share stage with top artists in well known venues such as the Walt Disney Concert Hall, the Hollywood Bowl, the Hollywood Improv among others. In 2013 they represented Venezuela in the Japanese singing contest TV show “Nodo Jiman THE World”. MiruDaru has collaborated as singers and string players with different artists throughout their career.

Monique DeBose is an award-winning singer, playwright and transformational performer. It's an exciting time for this Los Angeles native as her third album-the Sovereign One- recently debuted at #2 on the iTunes Jazz Charts and her one woman play- Mulatto Math: Summing Up The Race Equation in America, was the recipient of the 2018 Producers' Encore Award. Making her mark in the music world by creating her own fusion of today's pop-soul with classic jazz, Monique is known as a leading jazz vocal improvisationalist (having studied under Rhiannon and Joey Blake of the renowned Bobby McFerrin Voicestra) and has toured extensively throughout the United States, Europe, India, and Asia. Through the album the Sovereign One shw is empowering audiences to explore and share more of their own truth. She is committed to creating more freedom in the world-one listener at a time.

Skai Jackson is an American actress. After making her debut in the film Liberty Kid in 2007, she then came to international fame when she portrayed Zuri Ross in the Disney Channel series Jessie from 2011 to 2015, and in Bunk'd. She has also been recognized for her appearances in various commercials, starting from when she was a young child. Jackson has also taking up voice acting for television shows such as Ultimate Spider-Man, and the Marvel Rising series. Skai Jackson is only 17 years old, and has already accomplished so much in her life, even owning her own fashion line which she launched with "Nowadays". Getting a lot of appreciation for acting, memes and her hair, she has inspired a Marvel character, Riri Williams, the new Iron Man. In addition, Skai was nominated for the NAACP Image Award for Outstanding Performance by a Youth (Series, Special, Television Movie or Limited-series), and the Shorty Award for Best Actress.

Wadi Yakhour serves as Chief of Staff for the U.S Selective Service System, where he plans and directs all administrative, financial, and operational activities for the Director at National Headquarters. He previously served as a special advisor to the National Director, overseeing an executive officer position in the agency. Mr. Yakhour is also the Former Special Assistant to the U.S Secretary of Interior. Before then he served in the U.S Navy as an Aviation Warfare Systems Operator and later graduated from Washington State University with a Bachelor’s degree in Integrated Strategic Communications. 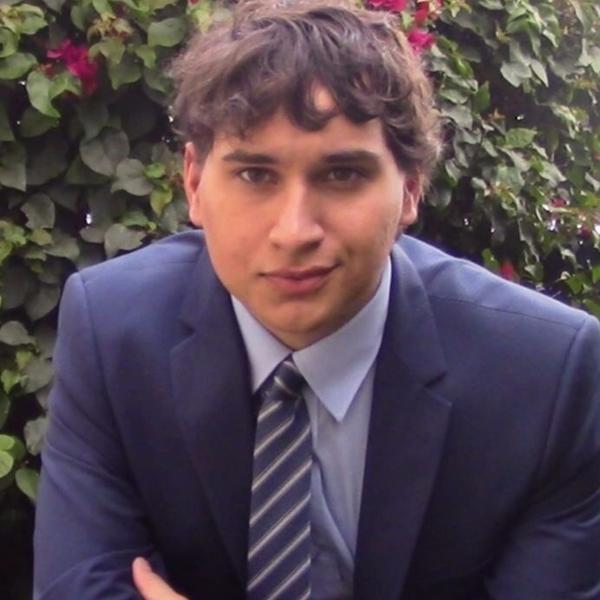