Theme: This is America

In Atherton, CA the heart of Silicon Valley and the wealthiest city in America TEDxMenloCollege will explore the relationship between technology, culture, and society with the goal of answering the question: how do we build the America of tomorrow? We are now firmly in an epoch of humanity defined by our relationship to technology and where actions in one corner of the planet can be immediately felt around the world. However, we are just coming to terms with this reality and the impact rapid change has on our own humanity.

Inspired by the song This is America by Childish Gambino, we hope to challenge what America means and where we are headed both as a country and a global community.

For some, the technological revolution here in Silicon Valley has greatly improved quality of life and opportunity. Still others across the world and even in our own backyard are left out. Global conflicts, environmental change, and human migration have caused hardship for many. However, we hope to give a platform to the voices that will spark the change America and the world needs.

Founder and Director of the Center for Compassion and Altruism Research and Education at Stanford University, Author, Physician and Neurosurgeon

James R. Doty, M.D. is the founder and director of the Center for Compassion and Altruism Research and Education at Stanford University of which His Holiness the Dalai Lama is the founding benefactor. He works with a variety of scientists from a number of disciplines examining the neural bases for compassion and altruism. He is also a professor in the Department of Neurosurgery at Stanford University School of Medicine. Dr. Doty is an inventor, entrepreneur and philanthropist, having given support to a number of charitable organizations supporting peace initiatives and providing healthcare throughout the world. He is on the Board of a number of non-profits and is the former chairman of the Dalai Lama Foundation and the former vice-chair of the Charter for Compassion. Doty is the author of the New York Times bestseller, “Into the Magic Shop: A Neurosurgeon's Quest to Discover the Mysteries of the Brain and the Secrets of the Heart” that has now been translated into 36 languages.

“Be the person you needed when you were younger.” In a binary world separated between gender and race, societal norms imposed on us can be oppressive and limit the ability to look beyond and express our truest selves. As American society becomes more aware of these social injustices and oppressive norms a lot of social progress has been made. One of these change makers who has made this they’re mission is Kim Tran. She is building a community of support and inclusivity with hope of building the necessary infrastructure to build up marginalized communities especially the LGBTQ, people of color, and their intersectional need. Join her and be part of the movement as she discusses gender in a new America. Kim Tran completed her Ph.D. at the University of California, Berkeley with a focus on Ethnic Studies. Her essays and writings has been featured Vice, Teen Vogue, PRI, and Ms. Magazine.

Lilliana Chisler is a Marketing and Sports Management Major at Menlo College and is part of the graduating class of 2023. Liliana is from Oak Park in Sacramento, CA and spends her time educating herself and others on oppression and Social Injustices in America. Her passion for this has made her bring awareness on different issues that take place in America. She is Co-founder and Vice President of Menlo College’s Social Justice Club. This club is young but is one of the strongest clubs on campus. They are active and bring awareness to the Menlo College community. Since the age of five, Liliana has played soccer and continues to play at Menlo College. Her passion for change has made her Sophomore Class President (2019-2020). Meet Lilliana Chisler on September 21, 2019 where she will speak on Social Injustices that take place in America. Lilliana Chisler is America by creating change.

Mental health has increasingly become an important topic of discussion in today’s society. We live in a world where countless things fight for our attention and anxiety can become paralyzing in our success-oriented culture. This is why we are excited to hear from Mahmoud Khedr to discover how the next generation can take charge of their own mental health. Mahmoud is the Co-founder & CEO of FloraMind, an education company with the mission of empowering young people with the skills to flourish mentally and academically. Coming from Egypt with a passion for social change and most importantly serving marginalized communities, he felt the need to address the teen mental health crisis. Fueled by his own personal experience with mental health he built FloriaMind to not only help teenagers academically but most importantly with their personal health and wellbeing.

As society starts to slowly realizes that various institutions and social interactions we have built comes from racist and misogynistic ideals most people want to stop these practices and build a better America. However with awareness rising on this topic of social justice many people are left in limbo on how to help and not step on boundaries. Social Justice is a complex issue however to help out would be as simple as respecting someone’s pronouns. We are excited to present Menlo's very own Dr. Melissa Michelson, Professor of Political Science as she discusses how to be an ally for social justice. Michelson is an award-winning author of five books, with her sixth book expected in 2020. She is a nationally recognized expert on Latinx politics, voter mobilization experiments, and LGBTQ rights. Dr. Melissa Michaelson earned her B.A in political science from Colombia and PhD in addition to two masters degrees in political science from Yale University.

Micheal Sayman a first-generation Latin American mobile application entrepreneur and software engineer. He is best known for creating top-charting apps as a teenager to provide for his family during the Great Recession, and continued to work at Facebook. Sayman published his first app to the App Store (iOS) when he was 13 years old. He later gained recognition from Mark Zuckerberg with his launch of 4 Snaps, a turn-based photo game, in his junior year of high school. Zuckerberg hired Sayman as a "teen-in-residence" at the age of 17. His success with mobile application development grew in his teenage years, generating millions in revenue as a high school student. In 2019, he became a Forbes 30 Under 30. Currently, Sayman is a product manager at Google heading a social gaming startup within the company.

Royalty, an 18-year-old multi-faceted Artist and Self Proclaimed Activist ‘Royalty’ is a rebellious yet inspirational Bay Area native with a goal to be a face of change for his generation and those to come. Through Rapping, Poetry, Acting as well as a variety of other talents, Royalty, plans on unifying the oppressed. With the blood of the original Black Panther Party established in Oakland running through his veins, he plans to be at the frontline of the modern revolution. The passion he has for art form will brighten up the stage as he performs. With many challenges that society is currently facing, Royalty stated in his own words that “We all want to be free, but freedom isn’t a want, it’s a necessity, a need, and should be non-negotiable. One major issue today is that people often find comfort before they ever find Freedom.”

“Love is the most durable power in the world” a quote by MLK that holds truth more now than ever. It is what inspires Florida singer, rapper, multi-instrumentalist, and producer, Royce Lovett. He has toured the globe and performed with Vince Staples, George Clinton and P-Funk, and Wale. All while following this powerful message of love and unity. Royce has made a series of independent albums and released two EPs. His music has reached over a million of streams and has received praise from BET, Jet Magazine, Rapzilla, and more. His work and message can be explained through his own quote, “We can’t wait for America to fix itself; we have to fix it. We have to know love, show love, and teach love. That’s our purpose.” This late 80’s baby groomed his lyrical skills for years as an underground emcee, growing from influences like Bob Marley, Lauryn Hill, Mos Def and the Motown Greats. Lovett has been sharpening his genre-bending style since beginning his career over a decade ago.

After graduating high school Sarahi had no idea on how to pay for college. She was undocumented and shared the same circumstances as millions of undocumented students who were brought to this country as children. Also known as DREAMers, Sarahi and many others across the country find themselves in a difficult position when trying to pursue higher education or jobs. From that experience she embarked on a journey to help every undocumented student to achieve success. She launched a scholarship app called Dreamers RoadMap for 2.1 million and counting undocumented students. Sarahi was a Champion of Change at the White House in 2014, received a House of Representatives Award in 2015, and in 2016 was named in Forbes 30 under 30. She wants everyone to achieve their fullest potential and hopes to help hundreds of thousands of students eliminate the barriers to success. Sarahi is a graduate from Cañada College and studied Political Science and Communication. 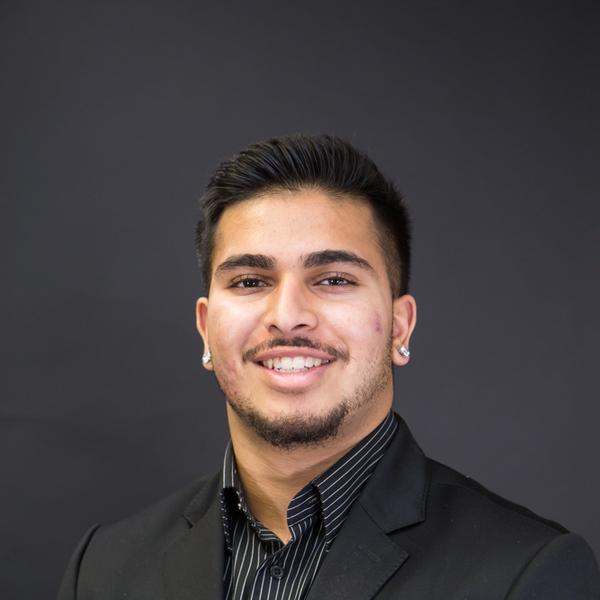