Theme: The Opportunity of Transformation

What happens when the world changes? What do we do as an ever evolving and shifting world finds the old way of doing things irrelevant, redundant, and no longer applicable? This TEDxPhoenixCollege event will explore, "The Opportunity of Transformation" when what used to work need to evolve, shift, and change - and how we use that urgency of now to do, create, and move towards better.

Calvin Terrell transforms haunts to healing. He created Social Centric Institute, a non-profit built to educate anyone and everyone to heal historical trauma around racial intersections, class, religion, gender, and environmental disruption. His healing approaches are colonial, decolonized, and indigenous. His dedication to human rights has been awarded with honors from various groups including the city of Phoenix year 2000 Dr Martin Luther King, Jr. “Living the Dream” Award. Calvin’s work has prompted organizations such as Harpo Inc., Oprah Winfrey’s production company to seek him out to train executive producers, coach various members of the production team, and assist in their transition to the “O” network. Calvin challenges the privileged to abandon fragile pedestals of inconsiderate obliviousness, while encouraging the oppressed to remember their power developed from surviving historical unfairness. His greatest achievements are his marriage, fatherhood, and finding his purpose.

Matthew is an award-winning educator, author, community engagement specialist, motivational speaker, and founder the Center for the Study of Race and Democracy, winner of the 2014 Arizona Diversity Leadership Alliance (DLA) Inclusive Workplace Award, at Arizona State University, where is was a professor of history for 15 years. Most recently he was given DLA’s 2016 Diversity and Inclusion Leader Award. He specializes in U.S. history, African American history and life, race relations, social movements, cultural competency, equity and inclusion, teaching excellence, and community partnerships. Dr. Whitaker is the author of Race Work: The Rise of Civil Rights in the Urban West. His forthcoming memoir is The Undisputed Truth: A Revolutionary Journey to Black Manhood. He has spoken throughout the world, including Australia, Canada, China, Czech Republic, England, Ghana, and Ireland. Twitter at @Dr_Whitaker and DSC can be followed on Twitter at @dstategiesllc.

Nicknamed “Z” since childhood (because his last name is a mouthful)—Dr. Zirulnik believes in living as if today were his last; planning as if he’ll go on forever. His robust experience often has clients guessing his age. Dr. Z is an author, thought leader, former athlete, professor, designer, past aircrew member, retired member of the emergency medical service, former national security fellow, entrepreneur, artist, philanthropist, and lover of dogs.Dr. Z gets charged up about helping others improve the human condition. His unique training allows him to translate often complex, technical information in a manner that is both informative and entertaining for a general public.r. Z continues to engage with his academic training, conducting research, writing, and publishing in academic journals.

Dr. Cheeks is on a mission to create a better world with technology. Before earning a Ph.D in Computer Science at Arizona State University, the STEAM advocate was developing, deploying and leading various teams within the communications, avionics, instrumentation & control and chemical industries for Fortune 500 corporations. She is the first to identify a computational approach for the discovery of news frames in unstructured text (e.g., online news articles). She has demonstrated a unique ability to integrate communication theory and computer science methods to inform the fields of machine learning, psychology, and mass communication. But this Doctor of Philosophy isn’t just paving the way for up-and-coming engineers, Dr. Cheeks is also committed to improving higher education for underserved and underrepresented communities to follow in her scientific footsteps.

Dr. Sian Proctor is an analog astronaut, geoscientist, and science communicator with a passion for space exploration. She was a finalist for the 2009 NASA Astronaut Program and has lived in three analog simulations (4-months in the Hawai’i Space Exploration Analog and Simulation (HI-SEAS), 2-weeks in the Mars Desert Research Station (MDRS), and 2-weeks in the LunAres Moon Habitat). She believes that when we solve issues dealing with space exploration, we also solve for issues on Earth. She is passionate about how we can more efficiently feed astronauts on Mars and humans on Earth. Food is a combination of nutrients and water. She believes we can become more sustainable on Earth if we remove the water from food before we ship it around the world. Dr. Proctor is a geology, sustainability, and planetary science professor at South Mountain Community College, Phoenix, Arizona. She has a B.S. in Environmental Science, an M.S. in Geology, and a Ph.D. in Science Education. 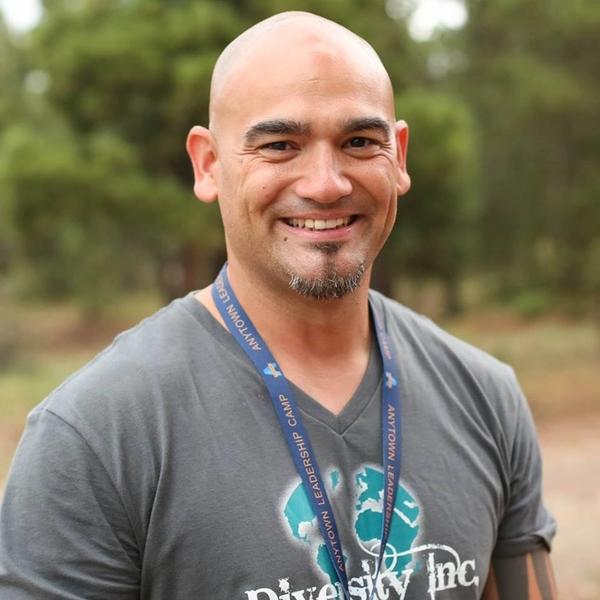