Theme: Ideas for the Future

Hear about the latest trends and topics in communications and media industries and connect with top CCIM alumni, faculty and students during a TEDxBallStateUniversity. The theme for the event: Ideas For the Future.

During the event, CCIM will unveil an art installation designed by the College of Architecture and Planning students. The one-of-a-kind piece will embody CCIM’s innovative, student-centered and community-focused spirit.

The celebration is free and open to the public. Light refreshments will be served. The event part of CCIM’s Centennial Spotlight Month.

A graduate of BSU ('06BA'12MS), Alonso has had a passion for technology since he got his first computer at the age of 13. Alonso works closely with some of the largest global companies delivering world class services by integrating technology with the basic principles of human communication allowing companies to provide the best Customer Experience to their customers. Alonso has also been involved with Indiana Lacrosse for over 15 years and played for the Ball State University Cardinals as a Midfielder and Face-Off Specialist. He has also played at the highest level making an appearance at 2010 World Championships in Manchester, England. In addition to his playing career, Alonso has been a certified lacrosse official in the state of Indiana for over 13 years officiating every age division including college lacrosse. He was 1 of 3 founders of the Center Grove Club, the current founder of the Greenfield Club and served on the Indiana Youth Lacrosse Association Executive Board.

Angela received her BA in Telecommunication and MA in Communication Studies from Ball State with a special emphasis in organization communication and persuasion. She has spent 20 years in the field of Learning and Development, where she has worked for companies including Gannett (the Indianapolis Star), Hearst Media Services / the San Francisco Chronicle, SolarCity and most currently, Tesla. At Tesla, Angela is responsible for global learning development, design and systems. She is extremely passionate about accelerating the world’s transition to sustainable energy and feels privileged that her work at Tesla supports addressing one of humanity’s greatest challenges: Climate change. She also loves wicked fast cars. She resides in Silicon Valley with her husband and two children.

I am a 5th year undergraduate Landscape Architecture student with a minor in Communication Studies. The following video was my final "ted talk" exam in Presentational Communication, which was my favorite class to date (NOTE: the talk does contain swear words. I am very open for refinement of ideas and omission of these words). I have always been a performer and a people person, and often felt out of place being an extrovert among my introvert colleagues. However, I have turned my misfit love of speaking and performing into an exciting position representing my college's Landscape Architecture program as their "Poster Girl." It is my ultimate career aspiration to give my own TED Talk, and finally bring together my design personality and my performing personality to inspire change and fulfillment in others. I am completely awestruck over the thought of having the opportunity to accomplish this dream by the time I graduate.

Cade Heaton is a senior at Ball State University majoring in philosophy, with minors in political science and history. One day, he hopes to have a Ph.D. Right now, he spends his time outside of class on Ball State's nationally ranked speech team, and as a part of Ball State's undergraduate philosophy journal Stance. Off-campus, he tries to find as much time for political activism, Dungeons and Dragons, and concerts as possible.

Passionate about today's ever-evolving media landscape, this former US network television publicity and marketing professional has spent more than 16 years working on many popular broadcast programs both in the realms of public relations and social media producing.

Emerson Lehmann is a senior at Ball State University majoring in Telecommunications-News and Journalism, with a minor in Creative Writing. He grew up in Wisconsin, and was drawn to Ball State because of its stellar news program, and it's closeness to 'The Racing Capital of the World' Indianapolis Motor Speedway. In Wisconsin, Lehmann grew up racing snowmobiles, go karts, and Legend cars, with a dream of one day competing in the Indy 500. His dreams have since changed, and he is excited to be moving back to Wisconsin following graduation where he will be a Weekend News Anchor and Reporter for WSAW-TV in Wausau. He is thrilled to be starting a career in television journalism, a field where some of the same characteristics that race car drivers need to be successful are required.

Irving Washington III is the executive director for the Online News Association (ONA), the world’s largest membership organization of digital journalists. As a media diversity advocate, Irving has managed programming and fundraising initiatives for journalists, media professionals and students worldwide. Before joining ONA, he worked for the National Association of Black Journalists and the Radio-Television Digital News Association. In 2014, he earned the designation of Certified Association Executive (CAE) by the American Society of Association Executives (ASAE). He is also a member of ASAE’s Diversity Executive Leadership Program (DELP), Punch Sulzberger Executive Leadership Fellow and serves on the Journalism Alumni Society Board of Directors of his alma mater, Ball State University, from which he received a degree in Journalism.

Mr. Linder is the Chief Information Officer for the State of Indiana’s Family and Social Services Administration. He currently leads enterprise efforts for health and human services technology solutions, focusing on IT modernization, data and analytics, and systems interoperability. Jared also represents the state by serving on committees and boards both locally and nationally, focusing on furthering the delivery of health and social programs through advancements in technology and data. He has previously held roles at private sector technology and consulting firms and has 10 years’ experience teaching IT project management to graduate students. Jared holds a bachelor’s degree in English and a master’s degree in Information and Communication Sciences, both from Ball State University, and an MBA from Butler University.

A research social science nerd who somehow fell into digital media (and loves it). Jason thinks from the perspective of the consumer and finds the point of attraction for brands. He loves working with creative folk who are passionate about building something. Brands he has worked on include the American Cancer Society, Disney Parks, Nike Women, The Home Depot, Macy's, Kimberly-Clark, SC Johnson, Novelis, Belk, and Shell.

Professor Palilonis is the director of the Center for Emerging Media Design & Development (EMDD) and the George & Frances Ball Distinguished Professor of Multimedia. Palilonis teaches graduate courses in usability and user experience research methods, theories and frameworks in human-computer interaction and design thinking. She also runs student project teams in the Center’s Applied Research and Creative Projects labs. She is the author of two books: A Practical Guide to Graphics Reporting (2016; 2006) and The Multimedia Journalist (2012). Prior to becoming a professor, Palilonis worked as a news and business designer at the Detroit Free-Press (1996-1998). She was also the Sunday art director and deputy news design editor at the Chicago Sun-Times (1998-2001). She is also a media design consultant and has worked on the redesigns of more than 30 print and online publications around the world since 2000.

As Vice President, Customer and Market Insights at Salesforce (NYSE: CRM), Karen Mangia engages current and future customer globally to discover new ways of improving the customer experience (CX) at Salesforce. Her team's work regarding customer feedback is central to Go-to-Market strategy, product development, marketing and branding. She also influences industry thought leadership in her role as Chair of the Customer Experience Council for The Conference Board. Karen holds a BS degree in International Business and a Masters in Information and Communication Sciences, both from Ball State University. Recognized as a Graduate of Distinction for, part of the 40 Under 40 in the Indianapolis Business Journal, and Ivy Tech Community College Alumni Hall of Fame, Karen is an active volunteer. Her board positions with the Indianapolis Symphony and BSU reflect her lifelong love of music and support of educational initiatives. Her first book, Success With Less, was published in 2016.

Kathy Berryhill is a senior construction management major from Indianapolis, IN who fell in love with helping people across campus. She's a kid with a deep fascination in making sure everyone understands that there is merit in their existence! 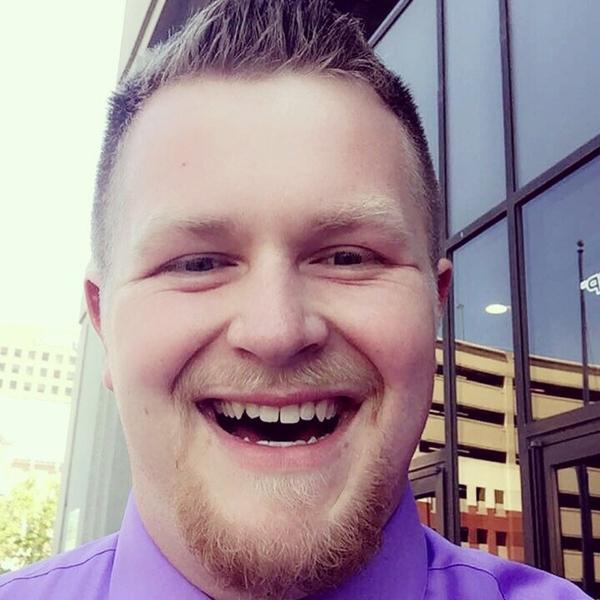