Marcus Tullius Cicero writes “Not for ourselves alone are we born; our country, our friends, have a share in us”. This years event will explore the people who contribute to the general greater good of humanity, a positive change, apart from their own interests.

Societal, communal and personal issues might at times feel overwhelming and one can falsely be led to believe that change is impossible. This event will feature those who prove this notion wrong. By highlighting how individuals have transformed obstacles into advantages and brought about improvements we want to inspire the audience to follow suit. The aim is that the speakers will provide inspiration as well as tools and ignite the audience to be the change they want to see.

Deborah holds a masters in packaging science and has worked in the FMCG industry (Fast Moving Consumer Goods) in 7 different countries for the last 12 years. With her recent move from Dubai to London, she has taken charge of creating a global movement promoting empathy and human-centred design inside a company of 115,000 employees.

Deborah holds a masters in packaging science and has worked in the FMCG industry (Fast Moving Consumer Goods) in 7 different countries for the last 12 years. With her recent move from Dubai to London, she has taken charge of creating a global movement promoting empathy and human-centred design inside a company of 115,000 employees. Deborah has worked for 12 years as a packaging scientist in large corporations and has always known it wasn’t her calling. But what was her calling? She knew she could have a positive impact around her but sometimes felt too small or paralysed to take action. An unexpected gift from a family member provoked a journey of self-exploration that led to surprising results including collaborating with the former prison guard of Nelson Mandela, writing a personal development book, dying her hair pink and creating her own job to move the empathy needle in her workplace. What if the calling was the journey?

Eduardo Garcia is a Computer Engineer. He worked as a game developer and computer science teacher in Barcelona for more than a decade. Then, he decided to change his life and quit his job in 2013. He went to Thailand, had a layover in a Buddhist monastery in Myanmar and eventually established himself in North Bali as a scuba dive instructor. There, he got to know the Balinese culture and the strong value they give to the sense of membership in the community. After a few years, he decided to give something back to the community that had given so much to him. Without any previous filming experience, he self-learned and filmed "Sons of Bali": a documentary about the Kupu-Kupu Foundation; an NGO that works to offer a better future to disabled children in Bali. He is presenting the documentary online. Now, he is established in Stockholm, where he is focusing in his career in Human-Computer Interaction and new ways to promote cooperation in society.

Based on real needs and real experiences, Elin founded Residus in 2016 with a vision to change the fashion industry. The idea is to create essential and long-lasting pieces in leftover fabrics, to move away from the quick trends, and to create a sustainable and circular movement.

Gregg is an experienced executive; respected university instructor, speaker, and facilitator on leadership and entrepreneurship; nonprofit board leader; and award-winning author. He is chairman of the board of SE Forum, a leading social entrepreneurship accelerator, and Vice Director of the Entrepreneurship and Innovation Management Program at KTH-Royal Institute of Technology. He served as a tech startup executive for K12 Inc. (now a publicly traded market leader in virtual schooling) and co-founded New Mountain Ventures. He co-authored three influential books, including Triple Crown Leadership (a winner of the International Book Awards) and Life Entrepreneurs.

Mike is the Founder and Executive Director of Inclusive Business Sweden - an organisation which inspires and enables business to meet global development needs. Mike has over 20 years experience working across Europe, Australia, Africa and Asia focusing on inclusive business, sustainable development, corporate strategy and management consulting. Mike's initial work in the inclusive business field focussed on researching distribution models to the base of the pyramid (BoP) - the 4 billion individuals who live of less than $8 a day. The research was published into a book "The Bumpy Road to the BoP".

Robin has a background in Human-Computer Interaction focusing on Multimodal Interaction, Internet of Things and Computer Graphics. In 2017 he was elected winner in the Ultimaker Education Challenge. The Ultimaker Education Challenge is a competition for teachers in 3D-printing where you submit a plan for a lecture combining your field of work with 3D printing. He combined Computer Game Design with the printing of tangible objects for new ways of interacting with games. He is currently working with collecting and processing travel behaviour of elderly people diagnosed with dementia in an attempt to aid them in everyday life while gathering information leading to optimization of future transport planning. 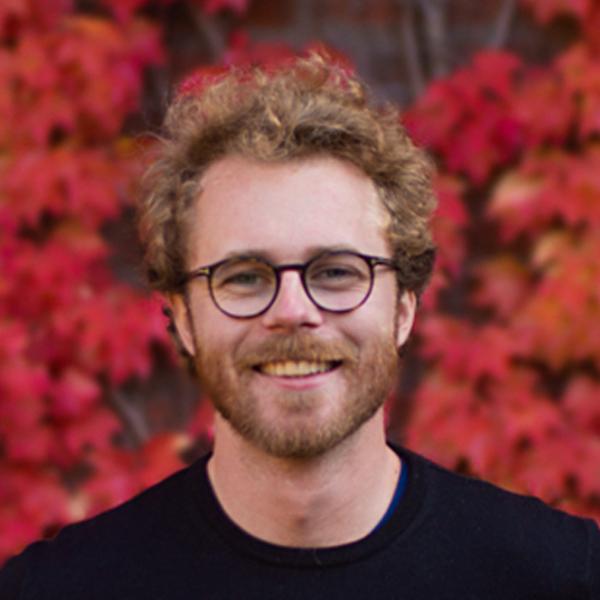