Why “Orchestrated Emotions”?
Emotions are at the core of our very being. We tend to think they are real and raw; an authentic response of our brain to the feedback it receives from outside. But what if they are not? What if they can be manipulated, trained and even induced? Are they ours anymore? Do they still define our being? And if so, how much control do we have over them?

Over the course of history and time, the human nature has been vastly discussed and analysed. From all points of view, more or less scientific, it is clear that our bodies and minds have changed. One thing that seem to remain constant and unmoved by the test of time is the fact that we develop, feel and encounter emotions as we are the species that sits at the top of the food chain.

Orchestrating these emotions and manipulating them towards achieving a goal or purpose is what seem to be part of the modern society. An athlete learning to cope with pain, an entertainer that mimics emotions or a journalist making its readers cry over a devastating story. They are all different and their fields have no common ground, however, what they do have in common is shifting your attention from what is real to what they want to make us feel.

Embark with us on a perspective- changing path that will reveal hidden meanings and attitudes towards emotions of all kinds and in all shapes. Learn form experts how they do succeed in orchestrating emotions and feel inspired to seek the truth in your every day encounters. Dare to seek the unknown and to investigate beyond the obvious.

Barbara’s background has predominantly been counselling and integration of services. Her counselling career started in 1997 predominantly within statutory and third sectors. Barbara’s range has been working within children and family services, criminal justice, substance misuse and presently focusing on homelessness. Barbara has worked for over 4 years within Social Bite, a Scottish social business, having the chance to share in its fast growing development. A great motivator is knowing you can make an impact for good causes.

If you’re an architecture student at Strathclyde University, you have probably seen Harley somewhere in the studio he spends most of his time there, albeit rarely working. Harley grew up on a farm in a remote part of northern Poland. This gives him a quirky if not odd perspective on life. As a third culture child, Harley is an extroverted and hyper-social student. Easily distracted and side -tracked, his work often takes influence from his many interests.

Kirstie is a behavioural change expert who has studied the effects of compassion on organisations and leaders. In this talk, Kirstie brings together recent psychology, neuroscience, and organisational research, and offers a fresh understanding of compassion – what it is, why it’s powerful, and why it’s needed more than ever. Kirstie leads workshops with clients, business schools, and professional bodies in order to bring the psychology and organisational research of compassion to a wide audience. Kirstie founded her change consultancy, Tangerine Thistle, in 2013 and works with individual, corporate, and business school clients to deliver sustainable change. Kirstie has an M.Sc. in Behavioural Change from Henley Business School, and another in Psychology from the University of Strathclyde. She is currently researching the effects of self-compassion on self- reported wellbeing measures in leaders.

Marta is a Master of European Design student from Glasgow School of Art. She often describes herself as a curious mind, who tries to understand the world through creative thinking. Her curiosity led her to participate in a number of hack a thons and collaborative projects, as well as to get involved in mentoring and facilitating work- shops. She enjoys sharing her know- ledge and infecting others with a ‘creative and critical thinking’ bug. Currently, she is working on her master thesis, where she explores the dynamics and impact of online identity on the offline self of social media users.One of her biggest dreams is to finally pass her driving license test and travel the world in a camper van.

Michael recently ‘transitioned’ out of competitive swimming after 10 years as a professional. He was very privileged to compete and win medals at two Commonwealth Games, European/World Championships and the Olympic Games. Michael‘s competitive career was cut short due to mental ill-health and this is something he has learned to take full responsibility for. Michael is passionate about promoting conversation around psychological health and particularly a personal duty of care in high pressure environments. Michael would be delighted to share some of his career lessons with the TEDxUniversityofStrathclyde audience.

Born in Moscow (Russia), Misha started his professional classical ballet career in Moscow and Glasgow. His keen interest in bringing his experiences and knowledge to future generations encouraged him to obtain the BASES High Performance Sport Accreditation. Now he leads a team of sport psychologists in SportScotland Institute of Sport. Over a decade working in field of sport psychology, Misha supported able body and paralympian athletes from twenty different sports. He was a part of Team GB at the Winter Olympic Games in Sochi 2014 and Pyongchang 2018. His particular area of interest is developing mindfulness and compassion in team sports.

Paul Taylor is Global Head of Sales Strategies and Initiatives for Global Transaction Services (GTS) at Bank of America Merrill Lynch. As part of Paul’s global remit, he leads a team accountable for the sale of global cash management and liquidity products, trade finance and card solutions to the bank’s clients, across all segments and regions. Taylor joined Bank of America Merrill Lynch in January 2010 from VocaLink, where he was managing director for Europe, responsible for the company’s European strategy, sales and industry relations. Prior to this, he was a strategy consultant at Deloitte where he worked in the Financial Services practice. Taylor is married with two children and lives in London.

Quentin is a second year Electrical and Electronical Engineering student at the University of Strathclyde. He is the founder and president of StrathLoop. StrathLoop is a student driven initiative that was created with the aim to answer the transportation crisis we are faced with and be a front-runner in innovation in that sector. They have decided to start with Hyperloop technology and are part of the 2019 SpaceX Hyperloop Pod Competition. In its first 3 months of existence, they made it to the final stage of the com- petition before being able to showcase and test their pod design in California.

Rachel Macpherson is a third year Journalism and Creative Writing with Social Policy BA Hons student at the University of Strathclyde. She is an online digital reporter and freelance blogger, and has worked with several newspapers and media companies, and has previously written for The Scottish Review and The Homeless World Cup. Rachel has worked with in journalism since 2014, and currently runs workshops for high school students. Rachel has experience in digital writing and social media, as well as a keen interest in podcasting and photography. She hopes to one day be a published author.

One of the top Adventure climbers in the UK, Robbie Phillips is on the hunt for the biggest, steepest and wildest adventures to be had on a rock face. From the jungles of Chile to the arid landscape of Madagascar, Robbie has made First Ascents on some of the most impossible looking walls imaginable, and in pursuit of these walls, he has found something more valuable than a drawer full of souvenirs and spent passports: he has found passion and purpose, the harbinger of a life worth living. 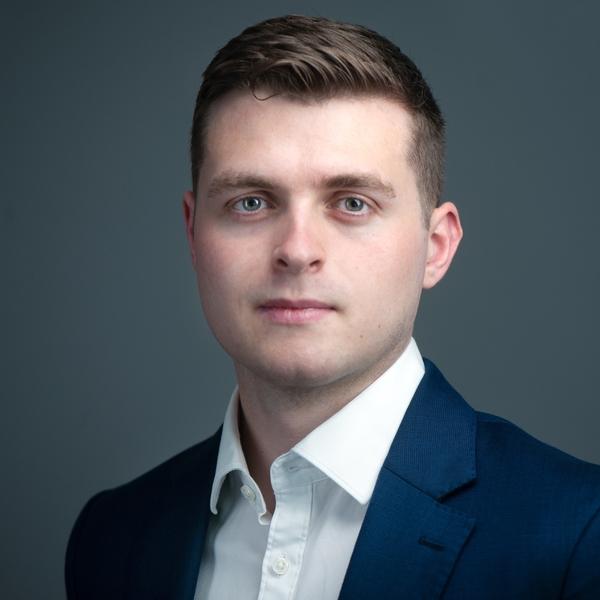