CHIP CONLEY
Modern Elder Academy Founder
The Wisdom of Elders
A “Modern Elder” is as curious as they are wise and they are becoming indispensable in a world in which power is escalating to the young faster than ever before. Life experience is making a comeback.

~~
ROBIN HAUSER
Documentary Film Maker
To Lead or Be Liked?
An implicit bias within our culture forces an honest look at how both genders often perceive successful women and their likability.

~~
DEBORAH ROZMAN
CEO HeartMath
Hacking Stress in the Modern World
Stress and its repercussions are creating a health crisis. Fortunately, a remedy lies within: by changing neural traffic from the heart to the brain.

~~
LEWIS DARTNELL
Professor of Science Communication at the University of Westminster.
How the Earth Made Us and Will Again
The planet’s formation has profoundly influenced the course of human history. This is a story of civilization - past and future told through the unseen physical nature of our world.

~~
DAVID JAMES BELL
Physician
Coding for Empathy
As medical technologies rapidly advance, what will be the future role of the physician? And what challenges will we face when humans are healed by digital doctors?

~~
SETH SHOSTAK
Ph.D. astrophysics/ Senior Astronomer and Director, Center for SETI Research
Are We Ready for What’s Out There?
Should we be introducing ourselves to the Universe? Are we ready for an answer?

~~
JOANNE CHEN
Partner Foundation Capital
Confessions of an AI Investor
Artificial Intelligence is proliferating, with few controls in place. How can we prevent machines run amok yet still realize its profound benefits for humanity?

Paraguay-born harp and violin wizard Carlos Reyes casts a spell on audiences with the potent combination of his outstanding musical talents, charismatic personality, and extensive repertoire, from sweet Latin American ballads to lowdown blues to heart-racing dance numbers that make listeners leap to their feet, playing solo and with his hot band, Electric Symphony. Carlos began his musical education at the age of three and a half with the violin. A few years later, his father dared the 10-year-old Carlos to learn the complicated 36-string native Paraguayan harp. Two weeks later, the boy earned a double encore at his first professional harp concert. After relocating to the Bay Area, Carlos played harp with the Oakland Symphony and violin with the Oakland Youth Symphony while in his early teens, and provided instrumental background music for the children’s shows Sesame Street and Villa Alegre. Carlos’s first album, The Beauty of It All, was on Billboard Magazine’s Top 10 Contemporary Jazz charts for over 15 weeks. He has backed such artists as Steve Miller, Pat Travers, and MC Hammer. In Europe, Carlos represented Paraguay at the World’s Fair in Hanover, Germany and performed at events like Italy’s Latinoamericano Festival.

The iconic boutique hotelier who helped Airbnb’s founders turn their fast-growing tech start-up into a global hospitality brand, Chip Conley is a New York Times bestselling author whose manifesto on ageism, Wisdom@Work: The Making of a Modern Elder, is inspired by his experience of being both a mentor and an intern in his 50s. After selling the company he started as a rebel entrepreneur at age 26, Joie de Vivre Hospitality, Chip wasn’t sure what was next. He could have retired at age 52. But the young founders of Airbnb came calling. He served as Airbnb’s Head of Global Hospitality and Strategy for four years — while also being CEO Brian Chesky’s mentor — and continues today as a Strategic Advisor to the company’s leadership. While writing Wisdom@Work, Chip was inspired to build the world’s first “midlife wisdom school,” the Modern Elder Academy, with a 3-acre oceanfront campus in Baja California Sur, Mexico. Chip is an active mentor to six young CEO founders in the hospitality/tech world, and serves on the boards of the Burning Man Project, Encore.org and the advisory board for the Stanford Center for Longevity. He believes curiosity is the elixir of life and has taken up learning Spanish and surfing at age 58.

As medical technologies rapidly advance, what will be the future role of the physician? And what challenges will we face when humans are increasingly healed by digital doctors?

Joanne’s passion for technology developed early, when her mathematician dad and computer scientist mom taught her how to program. By the time she was nine years old, she had turned her skills into a business and made her first webpage for a client. Joanne began her career as an engineer at Cisco Systems and later co-founded a mobile gaming company. She also spent many years working on Wall Street at Jefferies & Company, helping tech companies go through the IPO and M&A processes, and at Probitas Partners, advising venture firms on their own fundraising process. She was an angel investor for two years at Hyde Park Angels prior to joining Foundation in 2014. Joanne is on the board of TubiTV, FoxEye, SafelyYou, Findera, and observes the boards of Mya Systems, Custora, and Localytics. She has also invested in Oasis Labs, Brightback, Teamable, CaptivateIQ, and others.

Ricardo Baca is a 20-year veteran journalist, keynote speaker and thought leader in modern media and drug policy circles. He served as The Denver Post’s first-ever marijuana editor and founded news vertical The Cannabist, where he extensively covered the advent of adult-use cannabis and related issues across the country and around the world. In 2016, Mr. Baca launched Grasslands: A Journalism-Minded Agency to work directly with business leaders in highly regulated industries, including cannabis, energy, hemp and healthcare. He has received numerous accolades for his trailblazing work covering drug policy, cannabis business and culture, and continues to columnize and host podcasts for a number of top publications. Mr. Baca was named Marketer of the Year by AdCann in 2019. Mr. Baca personally assembled Grasslands’ Content Team, which has more than four decades of top-level journalism experience at outlets including The Denver Post, Chicago Sun-Times, Wonkette, Men’s Health, Women’s Health and elsewhere.

Robin is an award-winning director of documentary films at Finish Line Features. Robin’s most recent film, bias, delves into unconscious bias and how it affects our lives socially and in the workplace. Her exploration into implicit gender and racial bias in Artificial Intelligence led her to give a TED talk on the subject in December 2017. Robin’s previous film, CODE: Debugging the Gender Gap, which premiered at Tribeca Film Festival in 2015 and screened at The White House, caught the attention of the international tech industry and of policy makers and educators around the world. Robin has been featured in international publications: Forbes, Fortune, The New Yorker, The Atlantic, Fast Company, Cosmopolitan, Glamour, USA Today, Wired, Marie Claire, San Francisco Business Times and has appeared on Bloomberg TV, CNN, NPR, CNBC. Robin is a diplomat for the American Film Showcase and speaks about unconscious bias, the importance of diversity and inclusion and on behalf of women’s rights at US Embassies, conferences and corporate headquarters worldwide.

Seth Shostak directs the search for extraterrestrials at the SETI Institute in California—trying to find evidence of intelligent life in space. He is also committed to getting the public, especially young people, excited about astrobiology and science in general. Seth is also the host of “Big Picture Science,” the SETI Institute’s weekly radio show. The one-hour program uses interviews with leading researchers and lively and intelligent storytelling to tackle such big questions as: What came before the big bang? How does memory work? Will our descendants be human or machine? What’s the origin of humor? Big Picture Science can be found in iTunes and other podcast sites. 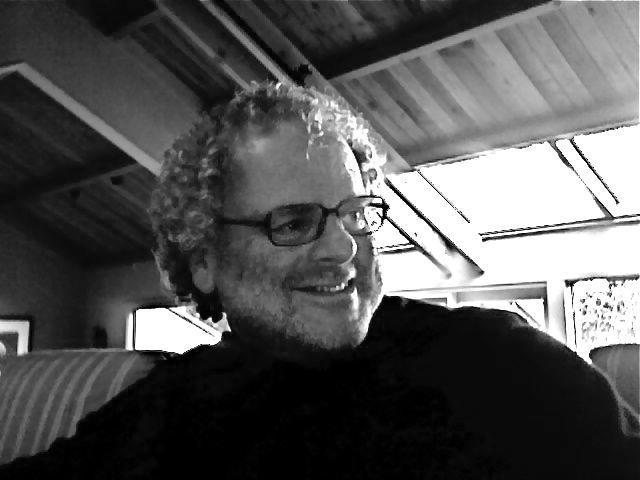