Airneezer Page Bingham is the Founder and Executive Director of Community Connection, which is a charitable organization whose mission is to promote economic self suffiency, civic engagement and cultural awareness through education. She hosts an award winning radio show called Let’s Talk. She was elected to the South Williamsport school board in 2017 and in that same year was honored by the community through Day by Day Ministries as Woman of the Year. She holds an associate's degree in health science and a bachelor's degree in religion. Page has one daughter due to the untimely death of her daughter Amanda.

Jeremy Ciliberto is a Northeastern Pennsylvania native who earns a living creating thought provoking art that dually functions as home decor. He ships his creations worldwide, and has a strong background in online marketing and sales. Since building his brand, Ciliberto has begun to organize and lead several community groups that focus on helping others find success through their own passions and bring their ideas to global communities striving to make a positive difference in the world

Joanne Landis’ career evolved from poet to fashion illustrator to artist. She has worked as a fashion illustrator in New York City and London for twelve years, and as a model, stylist, set designer, actor and writer. She attended Parson School of Design and has taught at the Fashion Institute of Technology and Drexel University, among others. Landis has shown her work in solo shows, countless group shows, and galleries from San Francisco to New York City. She has received numerous awards, prizes, artist residencies, and fellowships both here and abroad. After years living in New York City, she made her home next to virgin forests in Troxelville, Pennsylvania with a barn for a studio, and another studio at the Pajama Factory in Williamsport. This move paralleled a shift in her work from smaller sizes in more subdued colors in her New York apartment studio, to the large, vibrant, colorful celebrations we see now.

Joe Hopkins is the pastor of Avis United Methodist Church and chair of the Christian Social Concerns Committee of United Churches of Lycoming County. Hopkins grew up in Perry County near Harrisburg and earned his bachelor's degree at Bucknell University. After college, Hopkins worked as a United Methodist missionary and labor organizer in Chicago, where he later went to seminary. While living on Chicago’s South Side, Hopkins was active in community organizing campaigns for clean air, public transportation, and corporate accountability. He has lived in Avis for nearly four years with his wife Kacie and two cats.

Judith Olinsky has a degree in Education with a focus on Arts Based Curriculum. In 1972, she received a bachelor's of arts degree, with honors from Rutgers and then spent the next two years in the Teachers' Corp while earning a master's degree with highest honors. After graduate school, she served for 11 years as a teacher and then a director of a private school in East Orange, New Jersey. After moving to Williamsport and starting a family, she worked for two years teaching arts based curriculum as the Early Childhood Program Developer and as an instructor at Pennsylvania College of Technology. In the year 2000, she combined her interest in art with community spirit and became the developer and one of the coordinators of the very successful Williamsport First Friday art event. As part of First Friday, she opened and managed Gallery 152 for five years and was one of the founding members of Lycoming County's first public art program, PublicARTWORKS.

Julieanne E. Steinbacher is a Certified Elder Law Attorney (CELA) and the founding shareholder of Steinbacher, Goodall & Yurchak, an elder care and special needs planning law firm. She is the President of Estate & Long Term Care Planning, Inc., which provides continuing education and coaching nationwide. As a gerontologist and former social worker, she has seen the devastating effect a lack of planning for long-term care needs can have. As an attorney, her goal is to provide a bridge between legal services and the aging network. She developed the non-profit, The National Alliance of Attorneys for Alzheimer’s Planning (N3AP), and The Elder & Special Needs Resource Center, which hosts frequent public seminars about issues affecting the aging. She has co-authored several books about planning for the second half of life.

Kacie G. Hopkins is a social entrepreneur who works cross-culturally with women artisans to create sustainable enterprises and lift up entrepreneurship. She is the Co-Founder of Wildflower Enterprises, a local and global social enterprise that helps women enrich their lives. Hopkins is completing a master’s degree in Global Community Engagement. She has studied the divides of rural and urban America, women's rights, sustainable development, and working with survivors of violence. She has worked in Chicago and now in Pennsylvania. Hopkins lives in the area with her husband Joe. They enjoy running and biking along the river walks and rails to trails.

Lynaugh Bobst is a survivor who has found her voice through her work with local and national organizations serving vulnerable populations. Her work as a Board Member and Chief Speaker for Silent No More Foundation and Committee Member for The Well of Lexington are a result of her relentless effort to empower others through a message of hope, compassion, and love for community. As a student at Pennsylvania College of Technology and a Preschool Educator, she engages in public speaking on issues of women’s empowerment, trauma recovery, community action and awareness, as well as the social issues connected, with childhood adversity.

Education Specialist at Transitions of PA.

Rachel Farrow is many things: a Coal Region native, a Millennial, an advocate, a writer, a storyteller, a creative -- but at her core, she is ultimately a believer in kindness. Raised in Hazleton, Pa., Farrow has a storied career in journalism and social services throughout northeastern and central PA and the surrounding region. Professionally, she is an Education Specialist for Transitions of PA in Lewisburg, as well as a wife to husband Ethan and pet mom to a cat and two dogs.

Regis Bingham is a financial advisor representative, a chaplain and a mental health therapist for children and families. Bingham has spent the majority of his professional career assisting people to remove obstacles that impede them from living their optimal life. As a graduate of Howard University with a master's degree in social psychology, he understands the impact communities have on human development. As a member of Kappa Alpha Psi Inc., he believes firmly in community service and excellence in every field of human endeavor. Bingham has spoken throughout the country on the essential components of community development.

Tonya Anderson is a strong witness to the capacity of joy to heal personal traumas, connect hearts and be the foundation of a thriving 21st century community. Having lived through similar traumas, Anderson guides her clients to joy using a framework of integrative, holistic, and evidenced-based approaches, based upon Abraham Maslow's "Hierarchy of Needs." In her research, she has discovered that communities, as do people, follow the same hierarchy of needs in order to reach their higher aspirations, which include sustainability and economic development. A graduate of Lock Haven University with an master's degree in Clinical Mental Health Counseling, Anderson loves integrating joy and mental wellness into the fiber and relationships of her beloved community, Williamsport. She is a Joy Therapist who owns a private practice, and finds immense joy being a grandmother to Claire. 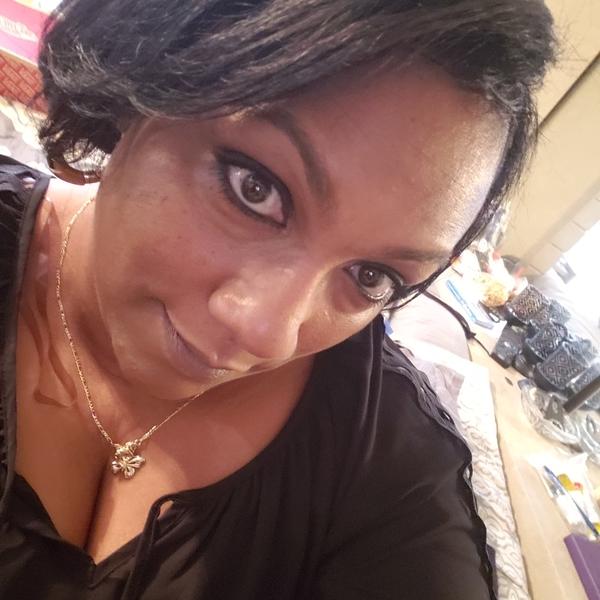