Andreya Triana is an experimental and self-taught singer and songwriter originally hailing from South East London. Her husky voice is reminiscent of predecessors Lauryn Hill and Cassandra Wilson. Her music is of the moody soul variety more popular with her fellow 21st century European artists than their American counterparts. Triana moved to Worcester in the West Midlands at 14. At 17 she started doing an open-mike night at a local music venue where the owner introduced her to a collective of musicians, with whom she formed a group called Bootis. While studying for a degree in music technology in Leeds, Andreya decided to re-form Bootis with new members and a new multi-genre sound. Soon, her love of improvisation would birth her Freeflo Sessions -- a one-woman show using a sampler to loop vocals, percussive sounds, and beats live. She toured extensively with her Freeflo Sessions, and as a result of the creative strength she displayed in the show, in 2006 she was selected to participate in the Red Bull Music Academy in Australia, where she further developed her style for improvisation and secured links with some of the best producers and musicians on the music scene. Multiple collaborations ensued daily at the Academy, notably "Tea Leaf Dancers," a collaboration with hip-hop producer Flying Lotus (released on Warp Records), which caught the attention of Ninja Tune stalwart Simon Green, also known as Bonobo. He featured her on his Black Sands album and then offered to produce her first full-length effort, Lost Where I Belong. The 2010 debut was a well-received set of smoky ballads and well-produced midtempo soul, all with a distinctive retro feel. ~ Vincent Thomas, Rovi Website: www.andreyatriana.com/ | Instagram: @andreyatriana | Facebook: Andreya Triana | Twitter: Andreya Triana | Youtube: ANDREYATRIANAVEVO | Spotify: Andreya Triana

April is at home in motion. By age ten, she had been to most of the 50 U.S. states, and loved finding new places and people. Following university, she spent nearly four years guiding tours around the world, then traveling locally with a backpack on a shoestring budget, with the goal of seeing how much of the rest of the world lived as she could. That led her to a “portfolio career” spanning global development, law, technology, financial inclusion and the sharing economy. A fan of using innovation to spark a better, human-centric future, April loves rethinking how we work, live, create, collaborate, invest and plan. This is challenging in a world increasingly in flux. She advises, speaks, writes, teaches and does handstands in almost every corner of the globe, and has now traveled to more than 100 countries. Wanderlust is never far away, but she is finally watering her local roots in Portland, Oregon.

Can Dündar has been working as a journalist for the last 40 years, for several newspapers, magazines, TV companies. He produced many TV documentaries focusing particularly on modern Turkish history and biographies. He worked as an anchorman for several news channels. He stepped down from his post as the editor in chief of the daily Cumhuriyet on August 2016, after he was sentenced 5 years and 10 months of imprisonment due to his story on the Turkish Intelligence Service’s involvement in the Syrian war. He was jailed for 3 months and survived an assassination attempt. He now lives in exile in Germany. He is a columnist for German daily Die Zeit and commentator for German WDR’s Cosmo. He founded the news radio called #Özgürüz in exile… Dündar has been nominated as a candidate for the Nobel Peace Prize in 2017. He is the writer of 40 books, some of which were published in German, English, Italian, Spanish, Greek, Chinese.

Didem Tali is a multi-award-winning journalist and a documentary filmmaker who covers issues of human rights and culture around the world. Her collaborations included the New York Times, National Geographic, The Guardian, Financial Times, The Economist, Washington Post, BBC, CNN, NPR, and many more. Her stories about marginalized communities in the Global South won her many recognitions, including awards from the United Nations and British Council. She holds an MSc in Media, Communication and Development from the London School of Economics. Didem's ongoing process of recovering from trauma ignited her passion for self-care and mental health. She lives in Istanbul, where she's working on her first book and longer-term journalism projects.

Ferry is a serial-entrepreneur and investor based in Berlin. In 2009 he and his brother Fabian founded DailyDeal - the first European couponing portal - sold it to Google in 2011 and subsequently worked for Google. In early 2013 Ferry and Fabian repurchased DailyDeal from Google, turned it profitable and sold it again in late 2015. In 2016 Ferry co-founded FreightHub - the digital Freight Forwarder of the 21st century - which he leads as CEO. Ferry has also been conducting Early Stage investments and has been a Venture Partner with Earlybird Venture Capital since 2016.

Gabe Zichermann is an entrepreneur, author, public speaker, mentor and teacher. His 3 books and dozens of workshops on Gamification and Behavioral Design have set the standard in teaching how to build for engagement across many industries and countries. After the collapse of his recent startup, Gabe embarked on a journey to understand the fear of failure and how it limits us personally and professionally. This project, called Failosophy, distills the lessons of individuals and organizations that have learned to fail fast, fail better and fail more often to achieve success - and how we can too. Gabe is a polyglot and frequent public storyteller with a culinary streak. He’s visited nearly 100 countries and counting and currently resides in Los Angeles with his partner and their dog, Gizmo.

Liané Thompson has set up new businesses in Hungary, Israel and the US. She is the founder and CEO of Aquaai, a robotics company aiming to "Save the Seas" via bio-inspired fishlike robots that collect data in marine and fresh water environs. Prior to Aquaai, Liané was a reporter covering global events, conflicts and natural disasters. As a New York Times executive, Liané created branded and innovative content with mass audience appeal, including A Cook's Tour (The Food Network), the premier television series of the late Anthony Bourdain. She has over 20 years experience spearheading technical and programming firsts in the media industry with three Prime Time Emmy nominations. Liané is a Graduate Fellow, earning her Master of Journalism and Public Affairs degree from American University in Washington, DC and she was a scholarship recipient to Johannes Gutenberg Universität, Mainz, Germany where she studied European Law. Liané is passionate about providing her children a healthier planet.

Often described as a force to be reckoned with, Nova Reid is a diversity and anti-racism campaigner and consultant who uses her professional background in mental wellbeing to focus on mindset change, working with organisations and individuals to improve diversity and systems of discrimination from the inside-out. Nova has worked with leading social justice organisations including Change.org, is a popular keynote speaker, and regular mentor at the Southbank Centre’s Women of the World (WOW) Festival. In March 2019 Nova was invited to lead a panel at the UK’s first SHE Summit. In the same month she was honoured to be named one of the Top 100 Black British Women by the Black Magic Network, as part of International Women’s Day 2019 and was recently nominated for a National Diversity Award. Nova regularly appears on leading media including BBC News, Sky News and BBC Radio as an expert on race and diversity matters and in 2018, Nova was invited to attend the Royal Wedding of the Duke and Duchess of Sussex to provide expert media commentary. She is has written for publications including Refinery29 UK and Restless Magazine, and is also founder of multi award-winning wedding media entity and London show, Nu Bride, the leading inclusive platform dedicated to diversity in the mainstream wedding industry. Nova is a passionate advocate for equality and helping people be the change they want to see in the world.

Philipp Herold is one of the most multifaceted slam poets of his generation. The trained Rap MC and cultural scientist is a copywriter, speaker and presenter. For more than 10 years he has been active on various stages, twice became a German-speaking vice champion in poetry slam, was the editor of the anthology “Tintenfrische” and received the Martha-Saalfeld-Förderpreis. Besides countless live events, Herold regularly hosts the Dead and Alive Poetry Slam at the Staatstheater Karlsruhe, the Heilbronn Poetry Slam and the Word Up! Poetry Slams in Heidelberg and Mannheim. In autumn 2018 he celebrated the premiere of his solo program “Kulturensohn” as well as the long-awaited release of his first album “Alles zu seiner Zeit”.

Sebastian works on shifting the trillions in financial markets to fight the climate crisis. While the financial industry tends to wait, he promotes fast and profound changes to the financial system to reduce climate risks and finance a sustainable society. He assesses green financial market regulation, coordinates stakeholder conversations and spreads the word on sustainable finance. With the finance fit for Paris (3fP) -Track, he analyses the implementation of the Paris Agreement pledge to redirect financial flows towards the Paris Goals. The 3fP-Tracker helps citizens to challenge policy makers in their efforts to fight the climate crisis and kick-starts conversations amongst financial market stakeholders on green finance. Sebastian is further supporting the development of an EU sustainable taxonomy, which will help to overcome terminology and language challenges between environmentalists and the financial industry. He calls on everyone: don’t wait - fight the climate crisis!

Thomas was born in the US and grew up in Europe in an environment dominated by natural sciences which heavily influences his thinking to this day, but instead of pursuing a scientific career - which would have been the obvious choice, or becoming a rockstar - which was his childhood dream, he instead discovered the internet at around 1996 and started building digital platforms almost immediately which led to a series of successful and unsuccessful initiatives, projects and ventures ranging from collaboration platforms to mobile couponing systems, least cost routing services, service providers and ecommerce platforms. His driving force since childhood is to contribute towards making the planet a good place for everyone. This is not only lead by his strong belief that if we all contribute towards this goal, we can make the planet a happy place for everyone, but also for his son Noah, whom he feels accountable to. For a long time he believed that we could make this happen with technology but in the past years he has learned that while we technically can solve the planetary problems with technology, we cannot use these solutions until we have changed our minds about how we want to live. In order to contribute towards a guiding narrative for the future we want to build, he is describing a good future in his upcoming book "mother". 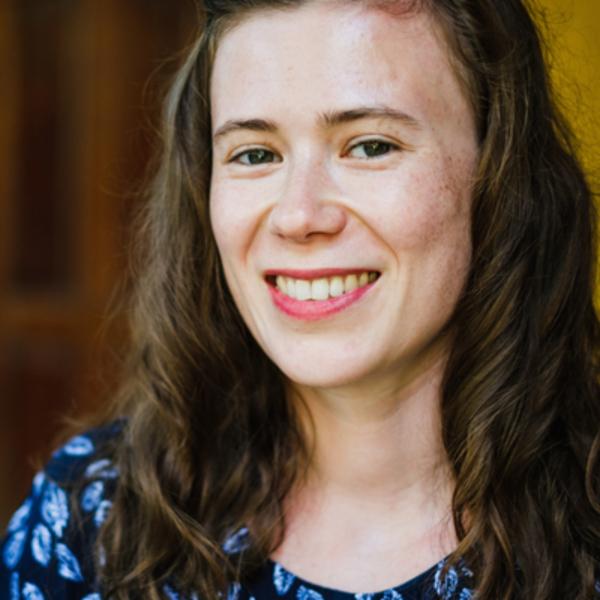