Humanity stands on a crossroad: will this be the best or worst century to come? How do we protect ourselves against emerging populism, nuclear warfare, ecological disaster, and technological threats? At the same time, our contemporary society can be defined through the endless possibilities for a better producible future. The TEDxHvAmsterdam wants to kickstart the best century to come by bringing the TEDx community together, encouraging participants to connect with like-minded souls and share their ideas.

Amber Jae Slooten was the first to graduate in 2016 at The Amsterdam Fashion Institute of the University of Applied Sciences with a full digital collection using 3D software. While everybody thought she was crazy at first, Amber managed to blow everybody away. After graduating she started The Fabricant, a digital fashion house that only creates digital clothing for our digital identity. They are the first fashion house to completely stop physical garment production. With the 21st century being all about circularity, her story is one to inspire. Amber shows that we can express ourselves without exploiting the planet and sheds a whole new light on our digital future.

Anita Abaisa is a part-time student Applied Psychology at the University of Applied Sciences and is writing here thesis about the socio-economic status of black women. In this process she found out that the position of people with a migration background is dramatic. And although research showed this as a big problem, none of them were talking about solutions. Anita decided to take matters in to her own hands and created a community to improve the socio-economic status of black women: the platform Black Ladies Talk. A platform through which the community shares knowledge and skills, on- and offline to give these women the chance to develop themselves to improve their lives.

Fabrizio Brancacho Taico was born in Lima (Peru) and moved to the Netherlands when he was 5 years old. He is a third year social work student and a social entrepreneur. Fabrizio believes that there is an opportunity for socially aware organizations and social entrepreneurs to solve many societal issues, but that they need to be stimulated through economic structures. He advocates that there can be a capitalist system that provides work and wealth for everybody, not just for the rich!

Researcher and teacher Fiona Veraa has researched the needs and experiences of first generation students, students whose parents have no experience in higher education. After having worked and studied in London, Paris, Madrid, Hong Kong and Singapore, her cultural awareness was raised on how one can connect and build strong relationships in an intercultural context and she was convinced to make a change. Fiona created a program to radically rethink the educational equity to breakthrough barriers and create a real inclusive future. Because she believes that when we embrace our differences, rethink equity and create bottom-up initiatives we can truly create a society where people from all backgrounds can meet, work, learn and grow together.

A natural curiosity and passion for creating new things led Robbie van Dijk towards the study Product Design at the University of Applied Sciences. Throughout his study, he learned more about the interaction between humans and their environment. The circular economy, as a ‘green design trend’, appealed to Robbie because it uses both the natural and technical cycles. Robbie believes that the circulair economy is more than a trend, it is a revolution.Therefore he founded Sercular Games, with which he aims to redesign the future by educating and motivating the next generation, with serious games.

Sobhi Khatib has over 16 years of experience in communications, strategy and human rights. He leads a project at Amsterdam University of Applied Science about systems and public values. Sobhi worked with over 70 organisations, such as Netflix, United Nations, Amnesty International and Greenpeace. Throughout his work he saw the power of technology to make a difference. Seeing the political and social changes in the world affected by technology, he believes that programmers, or the ones briefing them, are the people designing the future. Unfortunately, those designers of the future don’t get any ethical education. Sobhi believes we need to inform programmers and developers about biases and strengthen values like transparency, privacy and democracy to create a better future based on human rights.

Youssef El Bouhassani was born and raised in Morocco. As a teenager he migrated to the Netherlands where he finished high school and went to study Aerospace Engineering at the Delft University of Technology. After graduating he participated in the Nationale DenkTank on big data. Since 2015 he became lecturer and researcher at the Amsterdam University of Applied Sciences (AUAS) where he received The AUAS lecturer of the year award in 2017. In 2018 he was even awarded The national lecturer of the year for higher education. Youssef believes in using Artificial Intelligence (AI) for the good to solve repetitive working and lets us humans utilize our unique power for inspiration, personalized knowledge-transfer and connection. 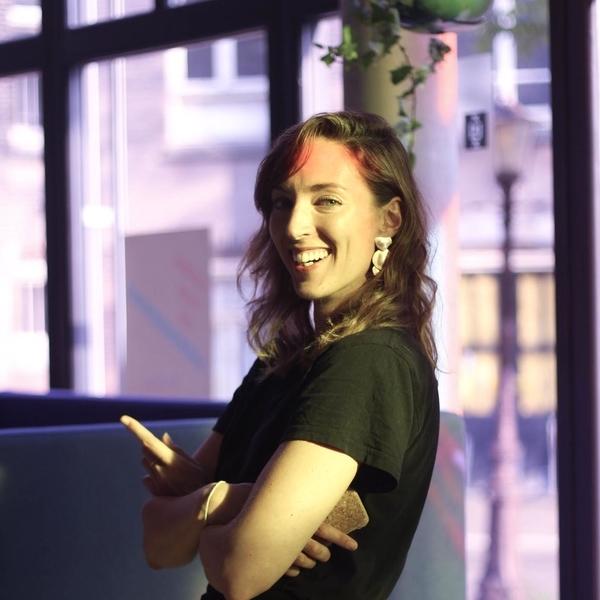